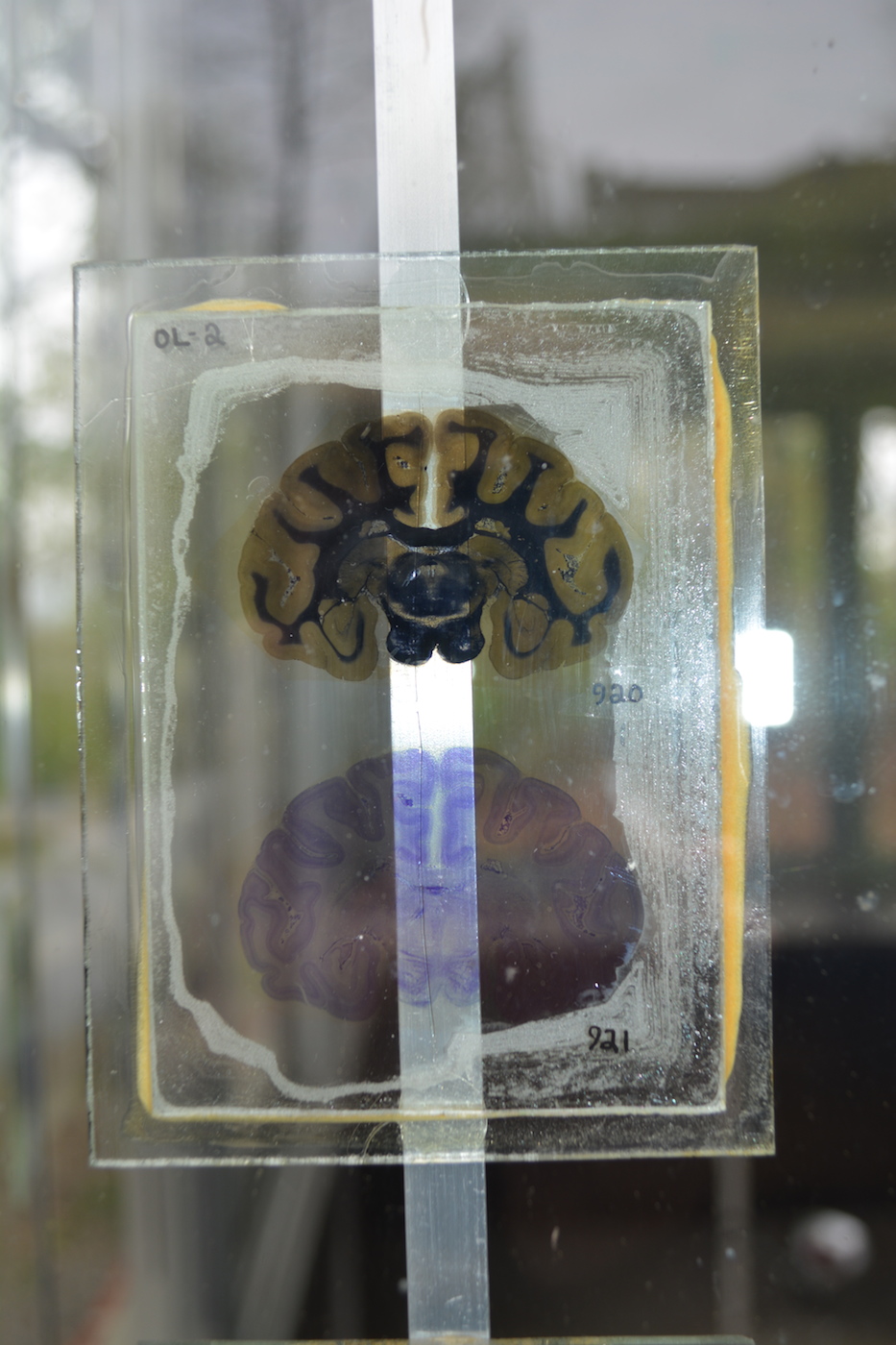 Over the course of this past semester, the Guard House on Sullivan Road, next to the Sullivan Parking Deck, has been transformed into an exhibit space for art. Cleverly named the “Garde House,” this space was just officially unveiled last weekend with a kick-off event.

“It’s official opening as an art space was on April 30 from 3-5 p.m., it is now a destination on the Karl Stirner Arts Trail,” said Elizabeth DiSabatino ’16, who is the curator of the space.

The exhibits in this space are expected to change yearly, where students, faculty or anyone now going on the Karl Stirner Arts Trail can go and look at the exhibit when they choose.

The Garde House’s premiere exhibit is entitled “Windows Into the Mind” by artist Julia Buntaine. This exhibit is specifically designed for the house.

In a statement about the exhibit, Buntaine wrote, “Comprised of old-style brain slides from rhesus macaque monkeys, the glass illuminates in the daylight and glows in the evening,” as there is a hidden light featured in the Garde House for the exhibit.

“Juxtaposed against the large empty space, the slides contain something much larger: parts of minds past,” she added, and this concept is a key component of the exhibit. These slides are also featured on aluminum strips in the space.

Buntaine was at the opening of the Garde House last Saturday, DiSabatino said, during the “Meet the Artists” event. Other artists featured throughout the trail were also at the event to meet with and discuss their work.

This photo exhibit can be found next to the Sullivan Parking Deck in the newly named Garde House and will be there until some time during the next academic year when a new exhibit is installed.