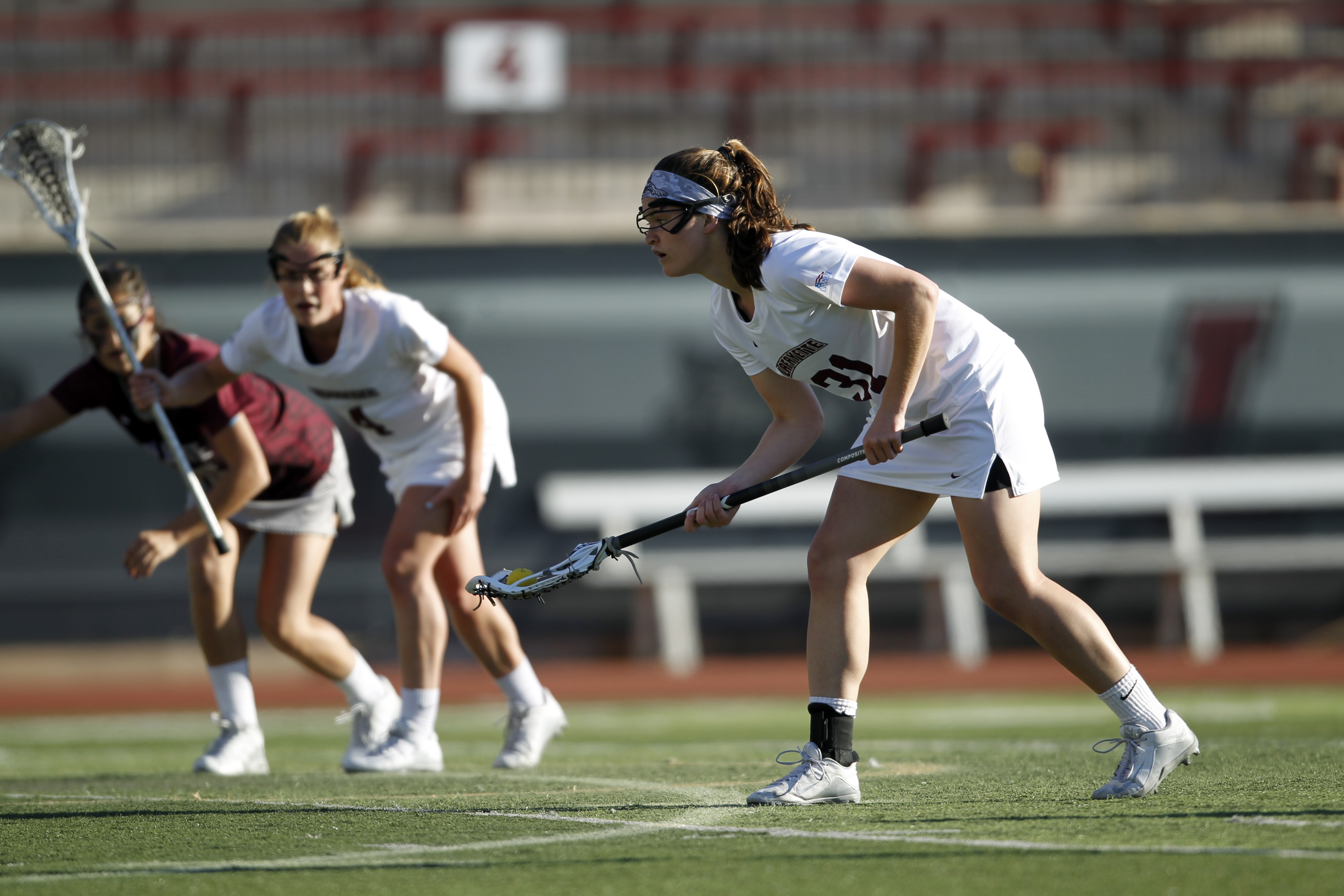 With only one game in the season left to play, Lafayette Women’s Lacrosse will face Navy to cap off what has been a season defined by a series of close losses and a narrow omission from the Patriot League tournament.

Wilhelmsen, embracing a crucial forward role for the team, has so far netted an incredible 51 goals in the season, becoming the fifth player in the program ever to do so.

Her success this season has not only given her a heralded place in Lafayette’s athletic history, but has also placed her first in the Patriot League in goals per game, and fourth in goals scored from a free position.

Coming out of high school, Wilhelmsen was never really the goal-scoring machine that she is now. She has grown rapidly in the Lafayette program.

“I was definitely more of a midfield player, not strictly attack in high school,” Wilhlemson said.  “I don’t think it was ever really pointed out to me that I was a goal scorer until I came to college.

So it was kind of a role I fit in freshman year, not so much in high school.”

Wilhelmsen attributes much of her success at Lafayette to the free-attacking style that the Leopards like to play, relying on an offense that stresses clearing lanes and dodging rather than passing movement to create goals.

“Our offense if very drive-oriented,” Wilhelmsen said, “so you’ll see we don’t have too many assists as a program, but we have a lot of goals from our attackers from up top. In practice and in games, clearing out and going to goal is normally our best option always and that’s kind of what my job on the field is as well, to take that lane.”

Further, much of the success Wilhelmsen and other teammates have experienced has come through the support of her experienced teammates, and the team’s head coach Alison Fisher.

“Coach Ali – she’s always empowering us- not just me, all the attackers too – to just, ‘When you have it, take it,’” Wilhelmsen said, “And I think that is 100 percent the reason why I feel comfortable taking all those shots is because of her confidence in me.”

For Fisher, Wilhelmsen achievements have been a testament to her complete dedication to the team, and her outstanding work ethic leading up to games.

“She has always given a good effort when she trains, but this year, when her teammates push her, she is able to take it to another level,” Fisher wrote in an email.  “Where in years past she may have been uncomfortable and set limits on herself, this year she has been able to blow right past those limits with her teammates’ encouragement.  The increased level of intensity that Kir has found this year certainly inspires those around her and sets an incredibly competitive tone for our team.”

With the season practically over, Fisher wrote that he is excited for what the team will accomplish moving forward.

“With her leading a core group of returning offensive threats – Emma Novick, [junior] Maggie Carver and [junior] Amanda Case – and the addition of a talented freshmen group, we think we’ll have the opportunity to build on the offensive success we were able to achieve this year,” Fisher wrote.

In spite of many close losses, Lafayette has managed a positive goal differential so far, scoring 174 goals and conceding 172.  Increasing that gap will surely produce more consistently positive results.

Looking ahead, Wilhelmsen said she believes that the team is in a good position to widen that gap with not only a slew of returning talent, but a big group of incoming freshmen.

“I think continuing that into next season — every game we have goals—a lot of goals against and a lot of goals for, and I think that the answer is that we’ve been keeping those goals lower in the past few games,” Wilhelmsen said.  “Yesterday in the locker room someone said that we’re going to have 10 more girls. So we’re losing five seniors and getting 15 freshman. Just leading that younger side of the team —- and we’ve all been there —- trying to use that experience will be crucial.”