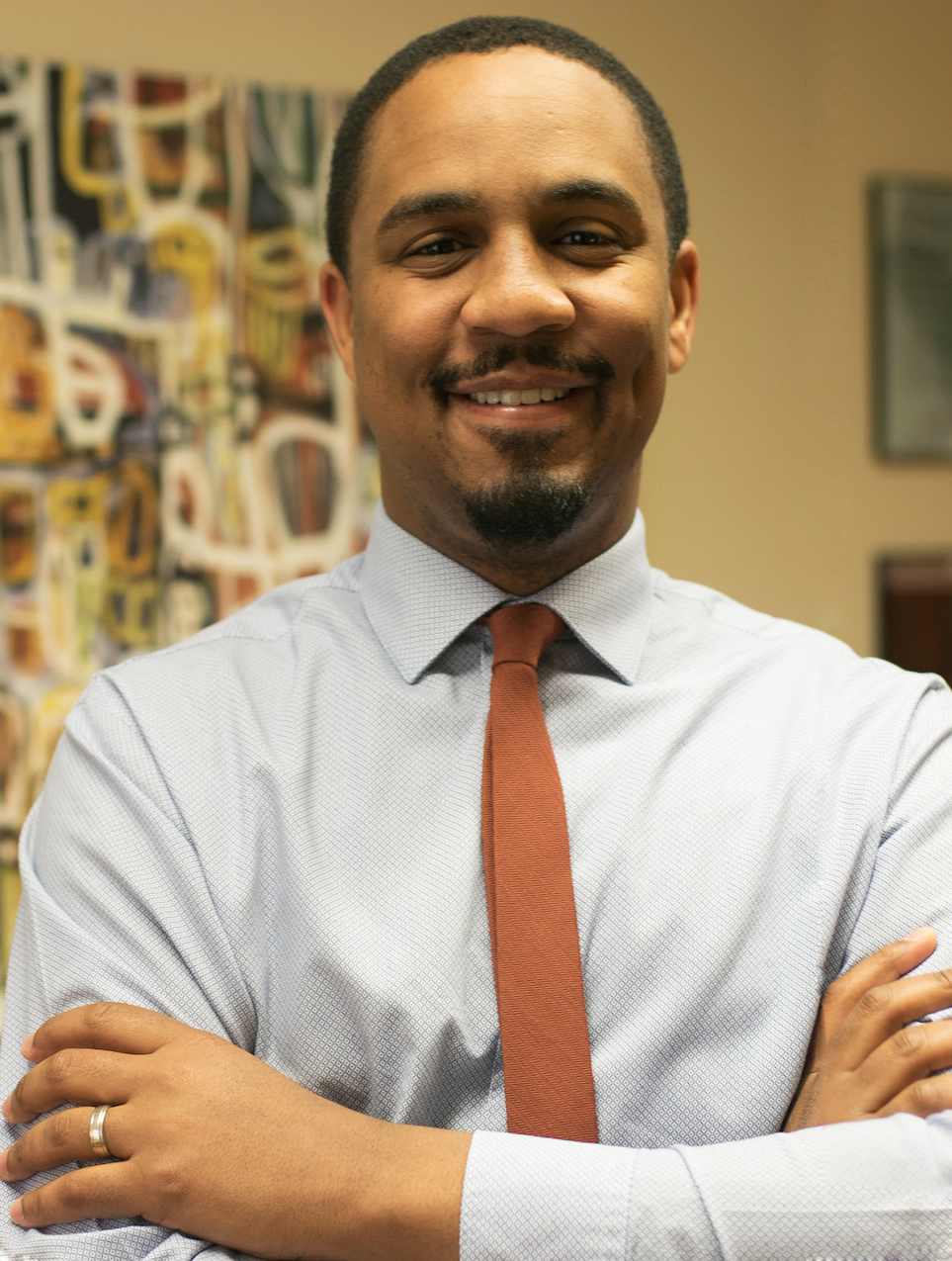 On a bookshelf in John McKnight’s office is a rock inscribed with the words “Dean of Impact”—a gift from one of his staff. On his wall is a photo from his college years, where he stands with the person who sparked his interest in social justice. His office is filled with mementos, but it will be cleaned out this summer.

McKnight will be moving on from his role as Dean of Intercultural Development at Lafayette to work at Connecticut College, where he has been appointed the new dean of institutional equity and inclusion.

While McKnight said that he was not actively looking for another job, Vice President for Student Life Annette Diorio wrote in an email that she was aware that other institutions would “certainly be interested in having him join their team” after he completed his PhD in the fall.

The dissertation that got him his PhD was on white male college students as social justice allies. McKnight said that he dedicated his dissertation to that same peer mentor in the photo in his office—a fellow orientation leader at the University of Florida.

McKnight said he never imagined he too would be any kind of leader. When he was growing up, McKnight was an introvert. But he had to take on leadership positions early.

He came from a family of preachers.

“My dad always jokes that when I have a leadership position it’s because of all that training I got in church,” McKnight said, adding that he has had practice public speaking since he was three years old.

Now that McKnight has his PhD, his dad, who shares McKnight’s name, has begun to tell new jokes.

“He jokes now that I have a doctorate and he doesn’t that I should never use junior. I should just drop it and if people make the mistake, no big deal. He’ll just take the credit for all of the work that I did,” McKnight said of his dad, who went back to college later in life.

“Honestly, I would give him any and all of the credit for anything related to me because he’s just been that big of an influence in my life,” McKnight said.

But while McKnight describes his father as a “super hero,” some students and alumni describe McKnight as a father figure in their own lives.

Barker Carlock ‘17 said he came from a “broken home” in the South to Lafayette, where he had trouble adjusting to the campus climate. He sought McKnight out for support and now Carlock considers McKnight family.

“We just connected instantly,” Carlock said. “He was just someone who was so loving and so willing to kind of hear my narrative and hear my struggles and my frustrations and just ask how he could be of support.”

Eddie Andújar ‘15 agreed. Even after graduation, when he first got a job in admissions at Lafayette, Andújar said he was supported by McKnight. When he didn’t have money for food, McKnight took him grocery shopping. When he needed to get his driver’s license, McKnight taught him how to drive. When he moved into his new apartment, McKnight checked it out to make sure he was living in a good place, Andújar said.

“He knows how damaged and fractured people can be and just need a guiding light and guiding presence in their life,” Andújar added.

According to Andújar, McKnight is a “a jack of all trades, master of everything.”

“When we didn’t have a gender and sexuality programmer, he was it,” Andújar said.

“When we didn’t Title IX coordinator, he was it.”

At different points in his life, McKnight said he wanted to be a singer, sculptor and writer. But eventually he found his way to an administrative position at Lafayette, where he said he has accomplished a lot that he is proud of.

But despite his accomplishments, there is more that McKnight wishes he could have done if he had the time.

“I know that the college right now is really struggling to recruit and retain faculty and staff of color,” McKnight said. “I think it would have been great to have more of that diversity while I was here. Sometimes I felt like I was the only one.”

“I think because I was in such a visible role, a lot of students found me to be kind of a primary resource for them,” McKnight added. “And I was happy to be that, but I just wish sometimes that I had more of a team of folks to support the student population here in that regard.”

McKnight said that he sometimes gets frustrated by having to navigate the bureaucratic process at Lafayette, but that that would be true at any institution.

“There are some days, and that will continue to be true at Conn I’m sure, too, that just the politics of any particular workspace that you have to navigate through are just unnecessary, frustrating at times and stressful,” McKnight said.

“I would say that what has allowed me to overcome those things, you know, the students here are just phenomenal,” he added. “I don’t really know what to expect from Conn at this point because Lafayette students have set the bar so incredibly high.”

McKnight’s hope for the future is that the college will find ways to “truly value” each student that walks through “those proverbial doors.”

“I guess my hope would be that students can come in the door immediately feeling welcomed no matter who they are,” McKnight said. “And don’t ask me how to get there because that seems like an almost impossible thing.”

Carlock said he is concerned that the school will not be able to replace McKnight with someone with as much “compassion, grace and mercy” as McKnight.

But not just one person will be hired to fill McKnight’s shoes. The college will move forward with two searches, Vice President for Student Life Annette Diorio wrote in an email.

“Prior to John announcing his departure, we had received approval to hire an additional  staff person within the Office of Intercultural Development,” she wrote. “Our original thought was to split off the programming piece from the role, however we are currently thinking about both positions and how we might structure them for the greatest impact on the student experience.”