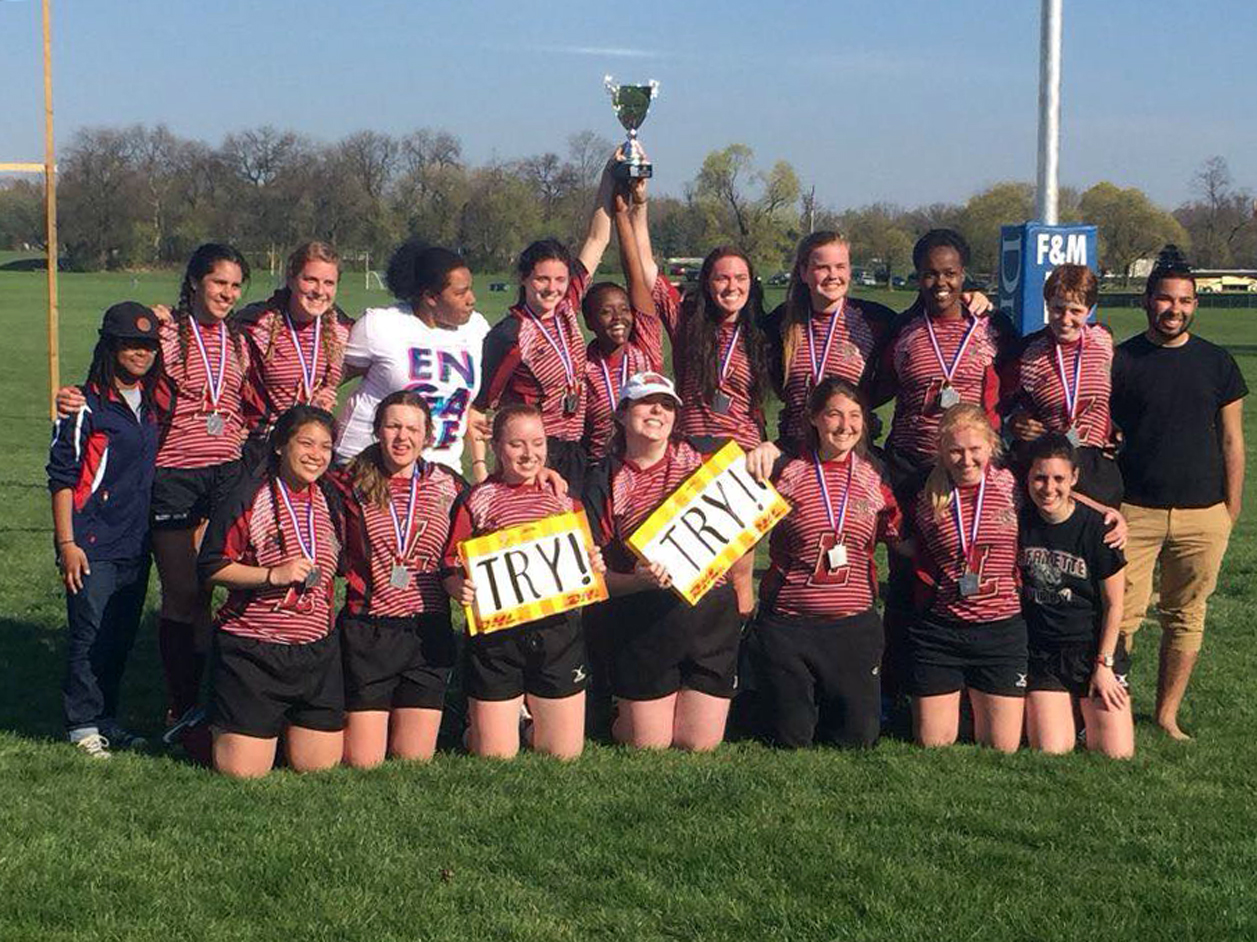 Because the team has 35 members this spring, Lafayette entered two teams into this past weekend’s tournament. However, only 14 players could attend, meaning those players had to play every minute of each game for both teams.

After both teams had played three games in the regular tournament play, Lafayette dropped out of Tier Two so that all 14 team members could join the Lafayette team competing in the Tier One Championship looking for a top finish in the field of approximately 14 teams in the tournament.

“We really just wanted medals–hardware. That was our goal,” sophomore Emily Keller-Coffey said.

In the Tier One Championship, Lafayette met Widener in the quarterfinal. The pair had played each other earlier in the day, with Widener getting the better of the match. Going into their second competition against each other, Lafayette was prepared for the intensity that the match would bring.

“[The first game against Widener] was a very tough game,” Keller-Coffey said. “We had never played them before.”

To ensure they would not leave the tournament empty handed, Lafayette had to get the best of Widener in the semifinal match. The Leopards knew what to expect from the team and stepped up to the challenge.

“It was most intense game of rugby I have ever been a part of,” Keller-Coffey said.

Scoring throughout the match was back and forth. The game stayed tight up until the very end. When regulation time ran out, the score remained tied and the game headed into sudden death overtime.

The overtime period started off the way the regulation time finished–in a stalemate. In a few stanzas, the Leopards defense remained strong and turned away Widener’s scoring attempts. Finally, senior Grace Todesco was able to break away, run nearly the entire distance of the field, and score the game-winning try.

“To be honest, I don’t know how I got my hands on the ball, all I remember is having it in my hands and seeing a space between two Widener defenders and going,” Todesco said. “Once I had made it past them, I did what I do best when faced with the potential of being tackled by women twice my size—I ran. It wasn’t until I touched the ball to the ground that I realized that we did it. The fight was over. We made it to finals.”

“We were all cheering and following her down the field,” Keller-Coffey said. “Even people on the sideline were running down the field.”

Lafayette College’s men’s rugby team was in attendance for the women’s semifinal game, having played in the same tournament at Franklin and Marshall that day.

Earlier this season the Leopards shined at a tournament at Muhlenberg College, where they went undefeated against many teams they had lost to in the past. They followed that appearance in a difficult tournament with many teams at Mount St. Mary’s University in Maryland, where they finished 1-2.

For the remainder of the spring semester, the women have two friendly competitions. Next weekend, they will play Lehigh in their “Prom Dress Match,” where both teams will compete in a 15s game wearing prom dresses. This is a common and fun tradition in the women’s rugby world.

Following that match, they will finish off the spring with their alumni match.

After years in which they struggled to field enough players for a team, this year’s roster had 35 women.

“Last spring, we could barely field a team,” Keller-Coffey said. “We’ve been really trying to grow the team members. They come because they like the environment and the spirit and they like that it’s like a family. Winning actually helps get those spirits even higher.”