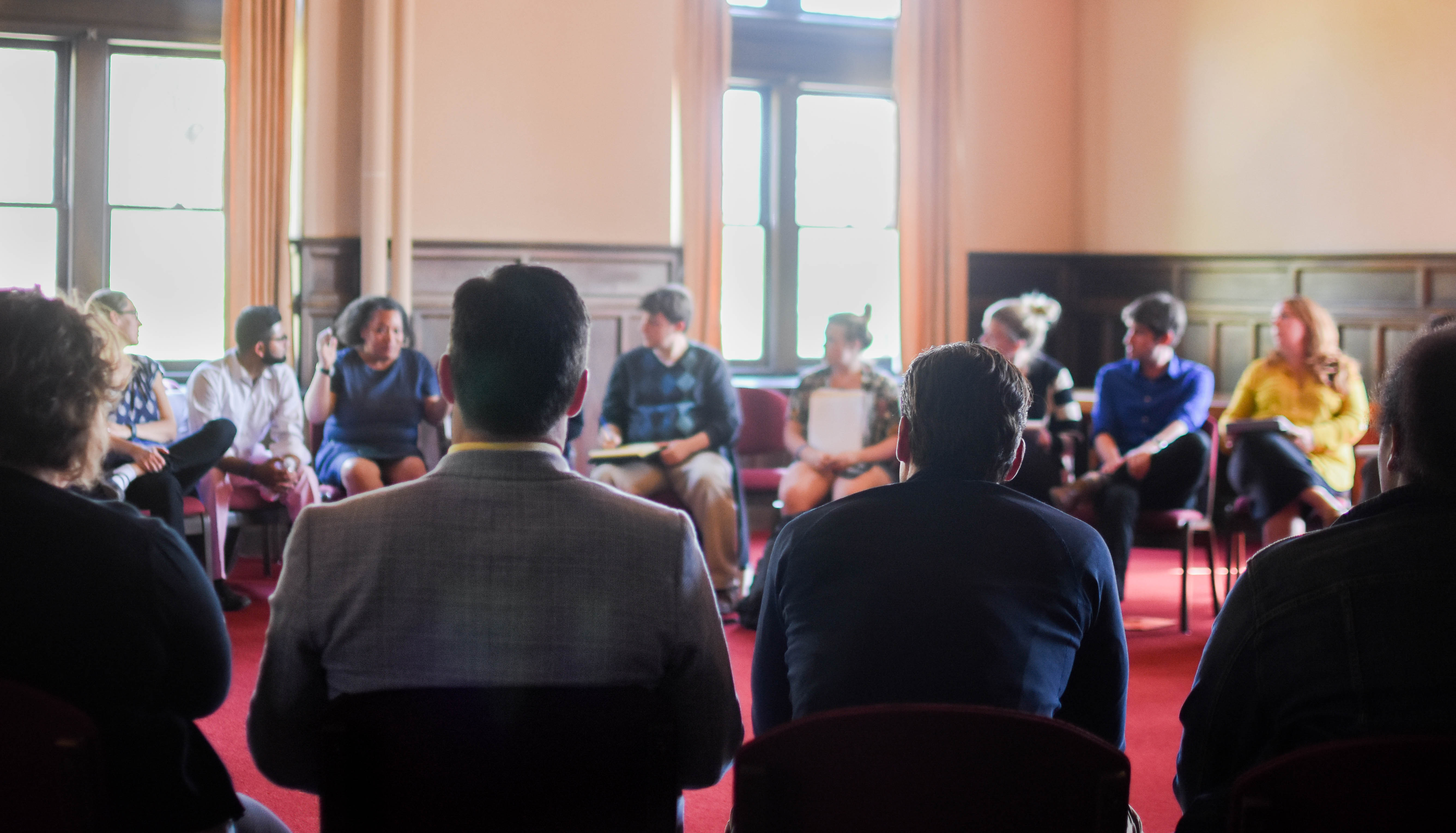 Photo by Lauren Fox ’19. The open meeting of the Student Support Task Force.

At an open meeting held by the Student Support Task Force Monday, about 14 students made their voices heard about faculty and peer advising, Lafayette’s party culture, and more general ways that Lafayette can better support incoming students transitioning into college.

The meeting was one of three being held this semester by Dean of Faculty Robin Rinehart and Dean of Intercultural Development John McKnight, who are heading the task force.

The intention of these open meetings is to gather direct input from students about systems of support on campus and to hear what their experiences have been, according to both Rinehart and President Alison Byerly.

The task force, more generally, is meant to find ways to give “first generation in college students, students who are coming from historically marginalized racial backgrounds, students who are different in any way, those are the students we think are most vulnerable” a more “seamless transition” into college, McKnight said in a previous interview with The Lafayette.

Some students at the meeting said they were not satisfied with the school’s current advising system, saying that they are not always paired with advisors who understand their major or career goals. Some professors that were in attendance said that they have trouble connecting to their advisees in their brief interactions with them giving out pin numbers and signing forms.

Other students brought up social life at the college, particularly for minority students. One student said that Lafayette is segregated on the weekends and that most parties center around Greek life. The idea of starting a black sorority or fraternity on campus was also raised at the meeting.

Conversations about student support have been happening across the college for many years, according to an email from McKnight. But student reactions to the school’s proposal to reallocate funds away from Posse D.C. earlier this semester provided more urgency for getting the task force going, McKnight wrote.

At the meeting, Posse students in particular expressed interest in creating support teams for incoming students who are not members of Posse, which would be composed of a student’s advisor, PARDner, and a peer advisor.

“If I wasn’t in Posse, I’d be very lost and very uncomfortable on campus,” Blossom Jiang ‘19 said. “[The task force] is good because not all students have that kind of support.”

“Part of what President Byerly asked us to do was just make sure we have a comprehensive system of support, from the time somebody expresses interest in Lafayette to the time that they graduate,” Rinehart said.

“One of the most important things that has come up is the role of mentors and particularly having peer mentors,” she added.

While McKnight and Rinehart are currently heading the task force, McKnight will be leaving the college at the end of this semester to pursue a job as dean of institutional equity and inclusion at Connecticut College, according to an email sent out to the campus community by Vice President for Student Life Annette Diorio.

McKnight wrote in an email that he will continue to work on the student support task force project until he leaves the college. Rinehart said that the division of campus life is working to hire someone else to fill McKnight’s shoes, but this new employee will probably not join the task force immediately.

The task force will be having another open meeting Tuesday.