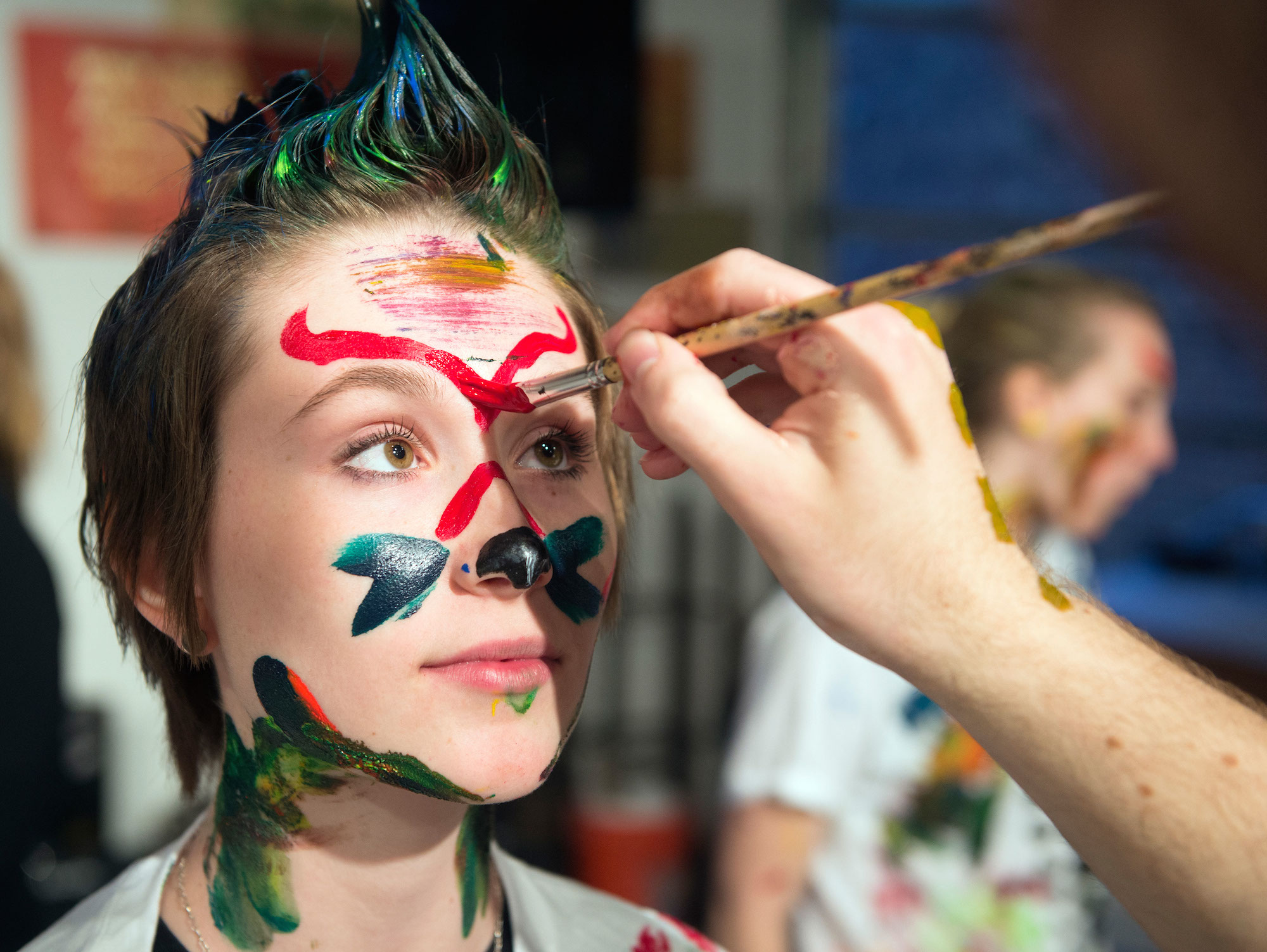 Miranda Wilcha ’16 gets painted as students take part in the Evening of Paint where guests paint on giant canvases, themselves and their friends at the Williams Visual Arts Building on Friday May 2, 2014. May 5, 2914 © Zovko Photographic llc

Lafayette is starting what could be one of its biggest new traditions, with a Festival of Paint that dwarfs all its predecessors.

Today, starting at 4 p.m., the Quad will be invaded by a paint party unlike any other at Lafayette. Festival of Paint, the signature event by the Lafayette Association of Visual Artists (LAVA), has been held since 2010.

“[Festival of Paint] is a chance for us to give the campus community opportunities to be creative in ways they otherwise might not have,” President of LAVA Julia Brennan ‘17. But the scale of this year’s event dwarfs even the most ambitious of its predecessors.

In addition to the traditional painting activities at the heart of Festival of Paint, the Quad will feature a dunk tank, bull riding on an inflatable shark, airbrush tattoos, hamster balls, a photo booth and much more. LAF will even be giving free ice cream out to festival-goers.

There will also be a raffle where participants can win gift cards for businesses from all over Easton, such as Cheeburger, River Grille, Sogo, Campus Pizza, J. Morgan Salon and many more.

“They’re bringing in a band called Literature from Philadelphia and a student run group called Final Warning, who will be playing as the opener,” Brennan said.

Despite everything else that is going on, the painting aspect of the festival remains at its core.

“We’re going to have two big tables a lot of paint and a lot of canvas,” Brennan said.

“Students can paint on canvas, paint on each other, and just have a lot of fun.”

The journey to the festival was not very easy for its organizers.

“We aren’t professionals, so this has been such a big adventure,” said Student Life Chair for Lafayette College Student Government Shreya Nebhwani ‘19. “We have been in each other’s faces and meeting constantly for the past three weeks.”

“We just want to make this an all-inclusive event,” Nebhwani said. “We realized that we want to help the arts society reach a bigger audience.”

IFC and the Panhellenic Council have played a big part in making the event what it is.

Colin Gallagher ‘17, one of the vice presidents of IFC, played a central role in shaping the event.

“We wanted to include the campus in Greek life, because that hasn’t happened in so long,” Gallagher said. “You don’t see Greek life involved with the rest of the campus.”

The partnership between student government, IFC, the PanHellenic Council, and WJRH would not have come together were it not for a bit of serendipity.

“We were in a meeting trying to discuss how to integrate the Greek aspect of the event,” Gallagher said. “[Student government President] L’Eunice Faust came up with the final idea of incorporating Greek lettering into the logo…reestablishing the event as a new tradition at Lafayette that involves Greek life, that involves StuGov, that involves Lava and WJRH every year.”

“This is the start of a tradition,” he said.

The event will run from 4 to 9 p.m. and will take place entirely on the Quad. Following the event, IFC and the Panhellenic Council will be hosting March Field Madness on March Field, which will feature similar attractions and a variety of DJs from the different fraternities on campus.