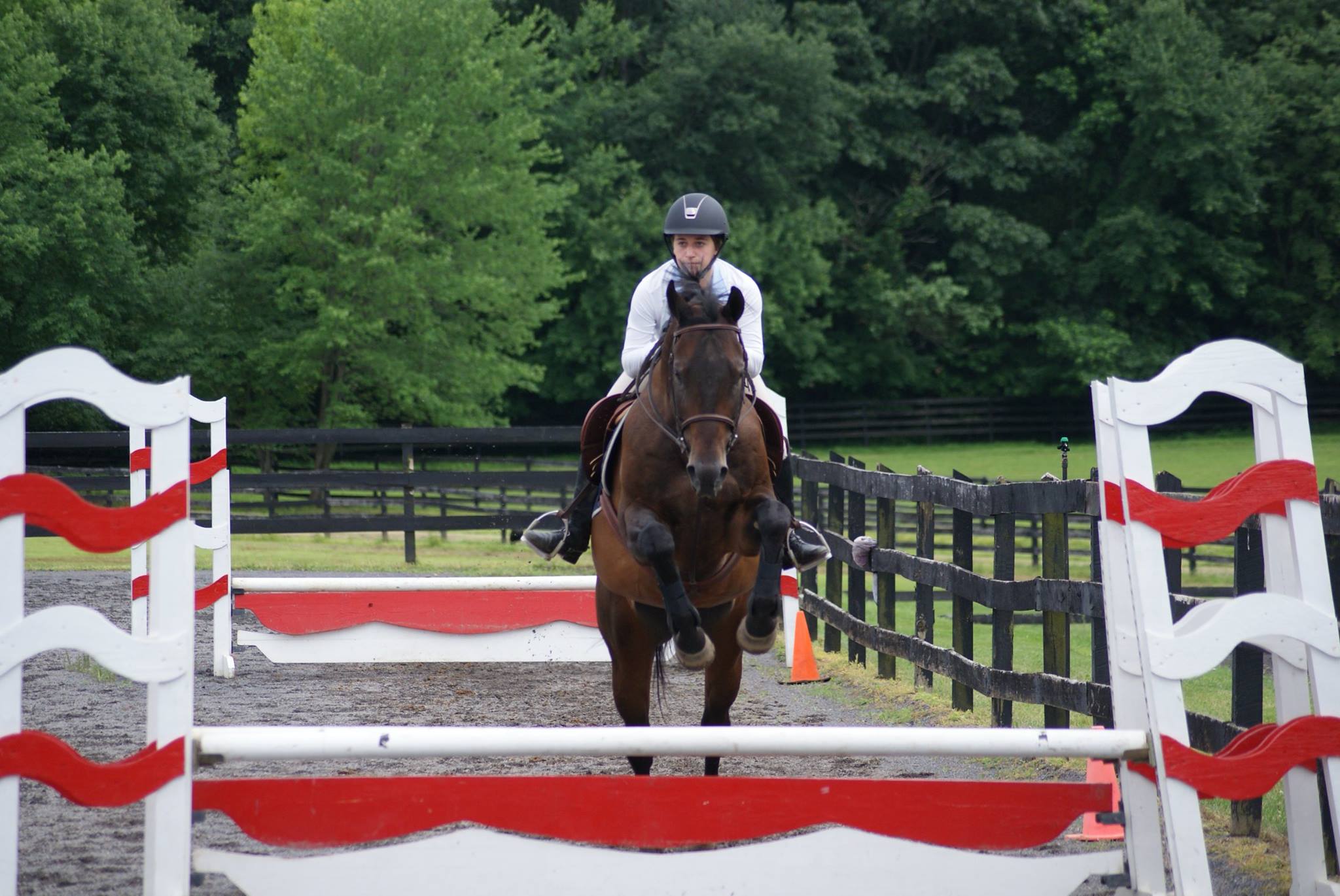 Rachel Robertson: What equestrian event did you compete at this weekend?

Danielle Wolff: This weekend was regionals which is the first step in the “post-season” for team riding. So, after regionals is zones, then nationals.

RR: How did you do this weekend?

DW: I showed in Intermediate Flat [a higher-level non-jumping class] and I came in fourth, which

was the best result of the team.

RR: Have you ever competed at regionals before?

DW: Yes, last year I competed in a division lower than the one I did this year. I came in first in novice fences [jumping] and eighth in novice flat. Flat is basically everyone rides around the ring and the judge decides who looks prettiest.

RR: What’s next for you?

RR: Does anyone from the team have chance at nationals?

DW: Our show captain [senior] Sarah Pavlini is going. Bob Cacchione founded the IHSA [Intercollegiate Horse Show Association], what we compete in, so Sarah is going directly to nationals to compete in the Cacchione Cup. She gets to bypass regionals and zones, because she is the rider in our region at the most advanced level with the most accumulated points throughout the season.

RR: How did you get started showing horses?

DW: When I was six my aunt bought an adorable, little black horse named Jasper and I had never been on a horse before other than pony rides. So I went to go ride Jasper and fell in love and never looked back.

RR: What events do you compete in?

DW: I am currently in intermediate fences, which is jumping [not timed] and open flat. Open is more advanced than intermediate.

RR: How do the IHSA shows work?

DW: We all draw a random horse. You go to the show and 10-20 minutes before showing you are given some random horse’s name and that’s the horse you ride. So you may not have ever ridden Sparky before, but you are going to get on Sparky and then jump. All the horses are different and might have different physiques, so our shows are solely based on how the rider looks.

RR: Do you have a horse that you ride when not competing in IHSA or riding for the school?

DW: I do, his name is Pepsi and he just turned 14. I got him when I was 15 and…he stays at a local barn during the school year and then comes home with me during the summer.

RR: What is your favorite event?

DW: I mean jumping is always so much fun. It’s such a blast to just go into the ring. I think horses like to jump more than they like to go around in a plain circle. They seem to enjoy jumping which makes it more enjoyable for us.

RR: How do you know that a horse is enjoying it?

DW: If the horse isn’t trying to kick you he’s probably pretty happy. Ear’s forward and alert shows they are happy or interested. There’s one horse that’s known for whinnying after every jump. His name is Pache. He’s honestly like a horse dachshund with a really long body and short legs. He’s so cute and such a great horse to ride and some times it’s like ‘Pache, you are in a show ring. You cannot be making these noises.’ But he loves it.

DW: Not an embarrassing moment for me per se but one of my teammates had gotten dirt on her tan show pants. This is one of the dirtiest sports but you can’t have an ounce of dirt on you.

So, my friend had dirt on her pants and, of course, I had to help her get the dirt off, because I’m a good teammate. Where exactly was the dirt? Right on her butt. So, I am kneeling down with an ice cube and towel trying to get the dirt off.

RR: If you could ride anywhere, where would it be?

DW: I would probably want to go to the rolling hills of Ireland or some scenic lush grass areas somewhere. Preferably with my own herd of small ponies running behind me.

RR: Who is your favorite fictional horse?

DW: I was thinking Seabiscuit, but he’s not fictional. I really like The Black Stallion. I used to watch the movies all the time.

RR: If you could name a horse anything what would it be?

DW: Show name of Catch Me If You Can for jumpers [timed jumping competition].

DW: “Despicable Me,” because she says, “It’s so fluffy,” and hugs the unicorn. And unicorns rock.

DW: “Be the change you wish to see in the world”. I like to live by it. In eighth grade I was a peer mentor for the sixth and seventh graders and that was on the back of our shirts. Granted they spelled Gandhi wrong on the back of the shirts, but they corrected it for the next year.