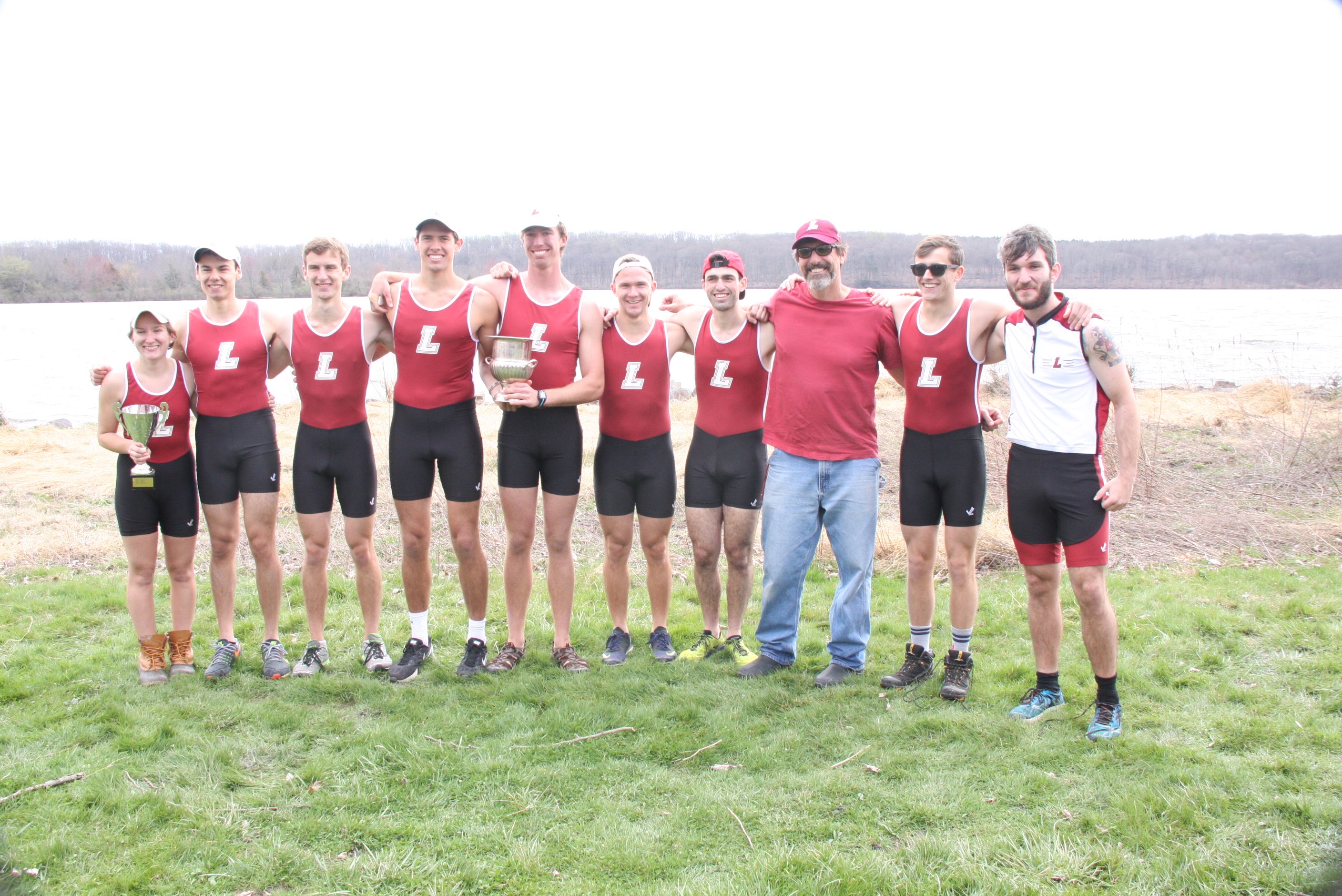 After a rough fall and winter season for Lafayette, who lost to Lehigh in basketball, football and both men’s and women’s soccer, it seems as if the Leopards are turning the tables. After a home win for the rugby team against the Mountain Hawks, the crew team followed suit and beat Lehigh to take the coveted River Cup.

The crew team splits its season in two—a fall season and a spring season. Following winter break, the team went down to Deland, Fla. where it spent the week training for the upcoming spring season. The team’s regimen consisted of waking up at 7 a.m. each day for practice, followed by lunch and then another afternoon practice.

“By the end of the week I had so many blisters on my hand,” junior Jack Hillman said.

All of the training definitely paid off for the Leopards, as they were able to defeat the Mountain Hawks in their first race of the spring season. The win was the second for the Lafayette men over Lehigh in two years, and the first time in 15 years that the Leopards took the overall cup.

“For me it was absolutely awesome to be in the boat that beat them this year and in the one that beat them last year,” senior Nate Fowler said. “There was great energy in the boat before the race and especially throughout as we fought for the lead. The race went exactly as we practiced, with a strong push in the third 500m that carried us out in front to a win by over a boat length.”

Many rowers considered this to be one of their favorite memories during their time at Lafayette.

“Beating Lehigh and getting the full River Cup for first time since 1999 last weekend was without a doubt my best memory,” senior Dan Pallotta said. “The change the team has undergone in the past four years has been incredible and equal credit is due to the combined effort of the rowers and our coach, Rick Kelliher.”

Just four years ago, the Leopards had no boats make a semi-finals appearance at the Dad Vail Regatta, one of the biggest regattas in the country. This year, their goals are a bit loftier.

“The team is mostly focused on medaling at the Dad Vail Regatta in May, to which we will be sending multiple boats,” Fowler said. “The spring racing season is pretty short this year so we will have to work very efficiently to gain and maintain speed, with a weekend regatta nearly every week. We hope to improve on our performances in all boats from last year in a trend of getting faster for the championship in May.”

With colleges from all around the area competing in the Dad Vails, the Leopards will have to train hard to achieve their desired goals. This weekend, they will compete in the Knecht Cup in New Jersey, followed by the Kerr Cup in Philadelphia the weekend after. The team will look to improve on their craft in these races before they compete in the Dad Vails on May 13 and 14 in Philadelphia on the Schuylkill River.