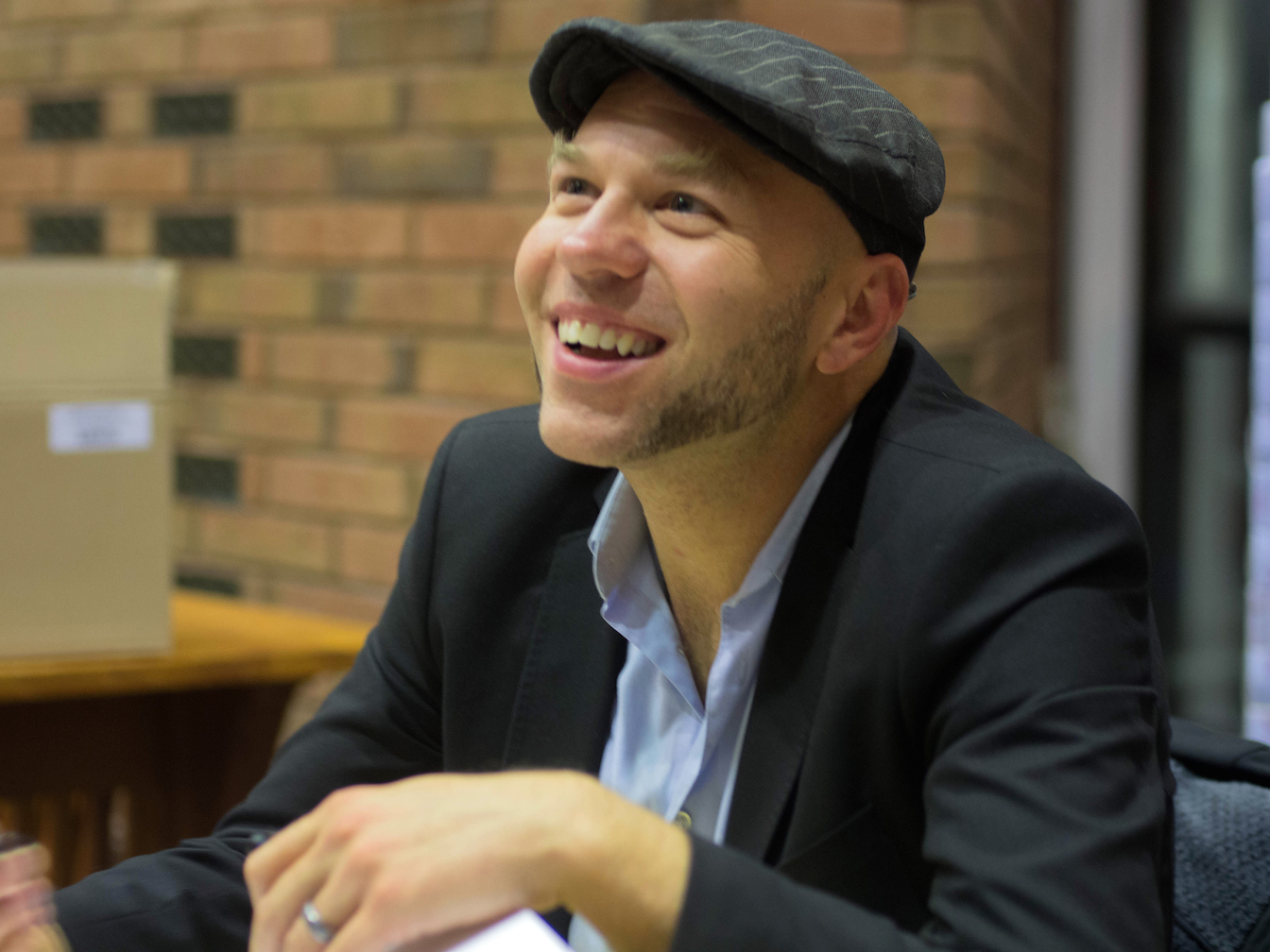 On Tuesday, New York artist, environmental activist and marine scientist Brandon Ballengée was invited to the Williams Center Art Gallery to present his multidisciplinary investigation of the impact of the Deepwater Horizon oil spill in 2010 on biodiversity in the Gulf of Mexico. As an artist, Ballengée takes his results from his scientific research, and turns it into extravagant displays, which help make a statement about the importance of ecological awareness.

Exhibits included Ghosts of the Gulf, which is a print series that showcase several species of fish preserved and stained to look like colorful transparent x-rays. It is supposed to highlight “the complex anatomy of these beautiful and disappearing species” as a result of the oil spill, Ballengée said. “Dedicated,” a collection of photographs and illustrations displaying the morbidity and the vastness of the Deep Water Horizon oil spill, was also on display.

Perhaps the most eye-catching piece of this exhibit is “Collapse,” a mixed-media installment that included 26,162 preserved specimens representing 370 species of fish and other aquatic organisms in gallon jars stacked in a pyramid. There are empty containers to show threatened species or those already gone due to extinction.

Ballengée said this is meant to be “a response to the global crisis over-fishing and the threat to the Gulf of Mexico’s food chain as a result of the Deep Water Horizon oil spill.” He added that this shocking display is able to get people talking about the oil spill, its impact and the results of human activity on ecosystems in general, which is what he wants to raise awareness Ballengée creates his artwork inspired from his fieldwork and laboratory research.

Growing up in a rural area surrounded by the woods and animals, “nature was [his] refuge and classroom,” he said. Since 1996, Ballengée has been focused on researching the declining population of frog, toads and salamander species and the increase of the number of deformities found within the population and transforming the results into his art.

He had also given a presentation the day before on his artwork involving birds and avian conservation, highlighting the rapid and startling decline in bird populations across the country and the world, along with humanity’s role in the decline.

Ballengée’s artwork forms the subject of a recently published book “From Scales to Feathers,” which is co-published by the Williams Center Gallery and features an essay by Metztgar Professor of Art Robert Mattison. An exhibit of his prints on pigeons from Charles Darwin’s breeding experiments will be on display in Williams Center through Saturday.