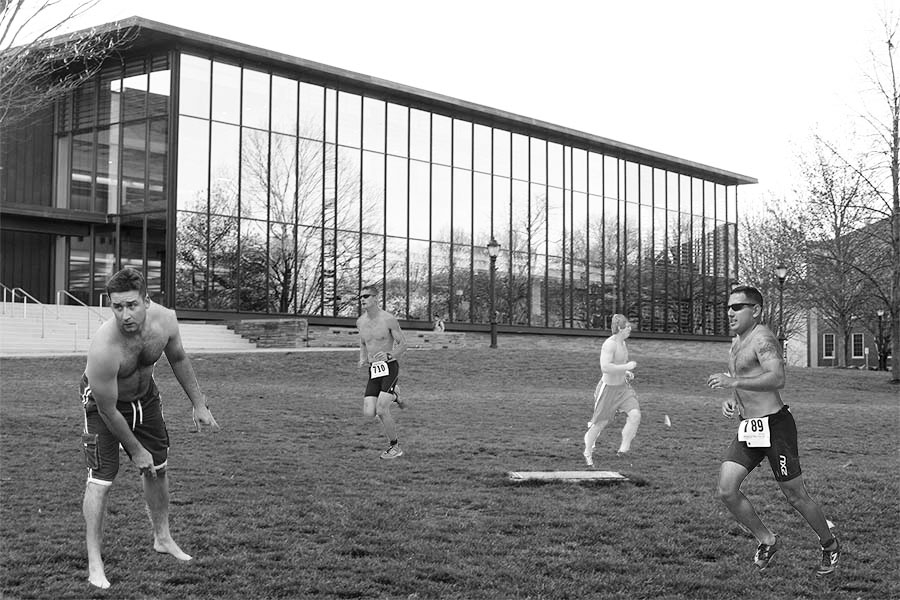 Public safety instituted a new non-discriminatory arrest policy Tuesday, following pressure by the Just Unification of GirlS (JUGS). The group, which has been working for months for more equality on campus held their final protest last Wednesday, a brown bag lecture with pizza and refreshments.

According to director of public safety Joseph Schmoe, the feminist group’s protests were “very powerful” and inspired public safety to take steps to change the language and provisions of their policy. They have since arrested over 60 male students for walking around campus topless.

“Those ladies really wore us down, so we gave in,” Schmoe said.

To keep up with the rise in arrests, Officer 70 has taken extra shifts and is working with due diligence to ensure that all students are wearing shirts from here on out, Schmoe said.

But it seems that for some officers, the extra arrests may be too much to handle.

“It was 80 degrees on Wednesday,” Officer Bill Peel said. “The Kan Jams were out, goddamnit. We didn’t stand a chance.”

Luckily, Officer 70 showed up on his bike with a bag full of tickets ready to be handed out, Peel said.

“Put your hands up,” Officer 70 yelled, followed by an army of flexing students.

According to Schmoe, the changes were proposed after a school-wide open meeting, for which two students were in attendance. It was hosted by the Presidential Task Force’s Task Force for Student Misconduct and Alumni Relations, and students were asked by student government to swipe their I.D.’s before entering to monitor attendance.

Ten emails in a row were sent out to the campus community about the meeting via Calendar of Events, but students complained they weren’t asked for input.

Of the two students in attendance, only one, Jessica Turner ‘17, addressed concerns about the new policy.

“If guys can’t take their shirts off on the quad, how will we know how hot they are?” Turner asked.