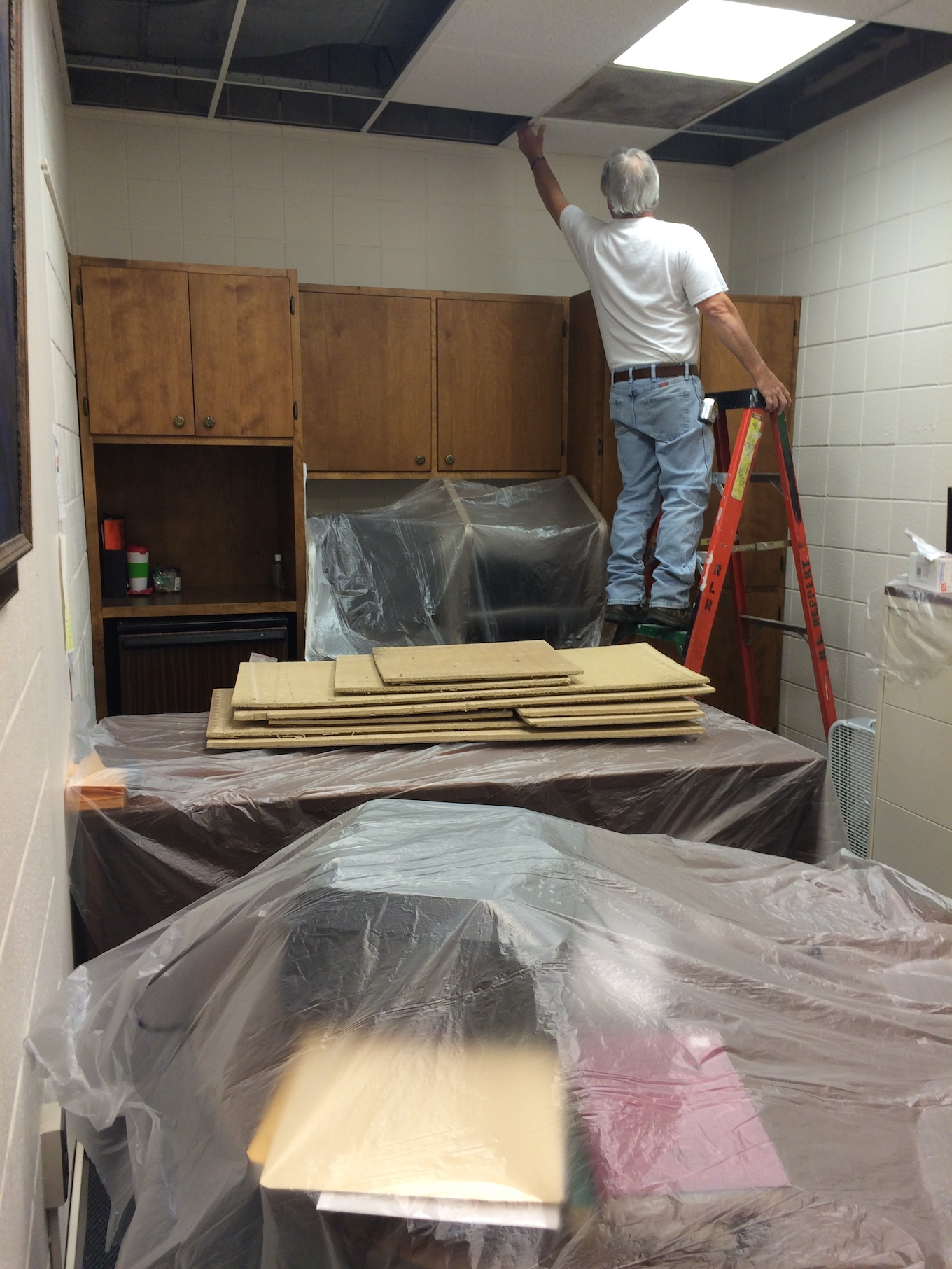 Last Saturday, professors with offices in Kunkel Hall began getting emails and phone calls telling them that a pipe had burst on the third floor of the building, leaving offices and classrooms on the first and second floors damaged with water.

According to Associate Professor of Biology Nancy Waters, a pipe in a no longer used dark room in room 315 began leaking and the east side of Kunkel felt the effects. A thick layer of water covered Waters’s office and workspace.

The carpeting in her office will not be replaced until this summer, she added.

Both Waters and Associate Professor of Biology Elaine Reynolds said they lost materials due to the flooding.

“The floor of my office and laboratory were soaked, the ceiling tiles came down on to everything below and there was water damage to paper and books in both places,” Reynolds said. “The books and some of the papers were personal [items].”

Waters said she lost hard copies of paper materials that she has used for years in her curriculum. Her computer was safe from the water, but other professors’ computers were damaged, she said.

“It will take me some time to clean up everything and to inventory the things that will be replaced by the college,” Reynolds said. “It was difficult to work in my lab and office this week but none of my animals or experiments were destroyed. I feel lucky in that respect.”

According to Waters, it was not only offices that were damaged by the burst pipes.

The ceiling tiles in several rooms fell to the ground, including a seminar room on the second floor. The tiles dissipated, leaving a white substance all over the classroom.

On Monday, class was not held in that room, Waters said.

According to Waters, this is not the first time flooding has happened in Kunkel Hall,

which was constructed in 1969. Two or three years ago Waters said her teaching lab flooded. More recently a drainage pipe burst leaking into her office as well.

“It’s not surprising that we start seeing some of these infrastructural failures,” Waters said.

Professor Reynolds confirmed that there have been “several flood situations in Kunkel in the past years.”

Morgan O’Connell ‘18, a student of Waters, said the pipe bursting “should be a sign to the college that a new building for the biology department is long overdue.”

“If the building didn’t smell weird before, then it certainly does now,” she added.