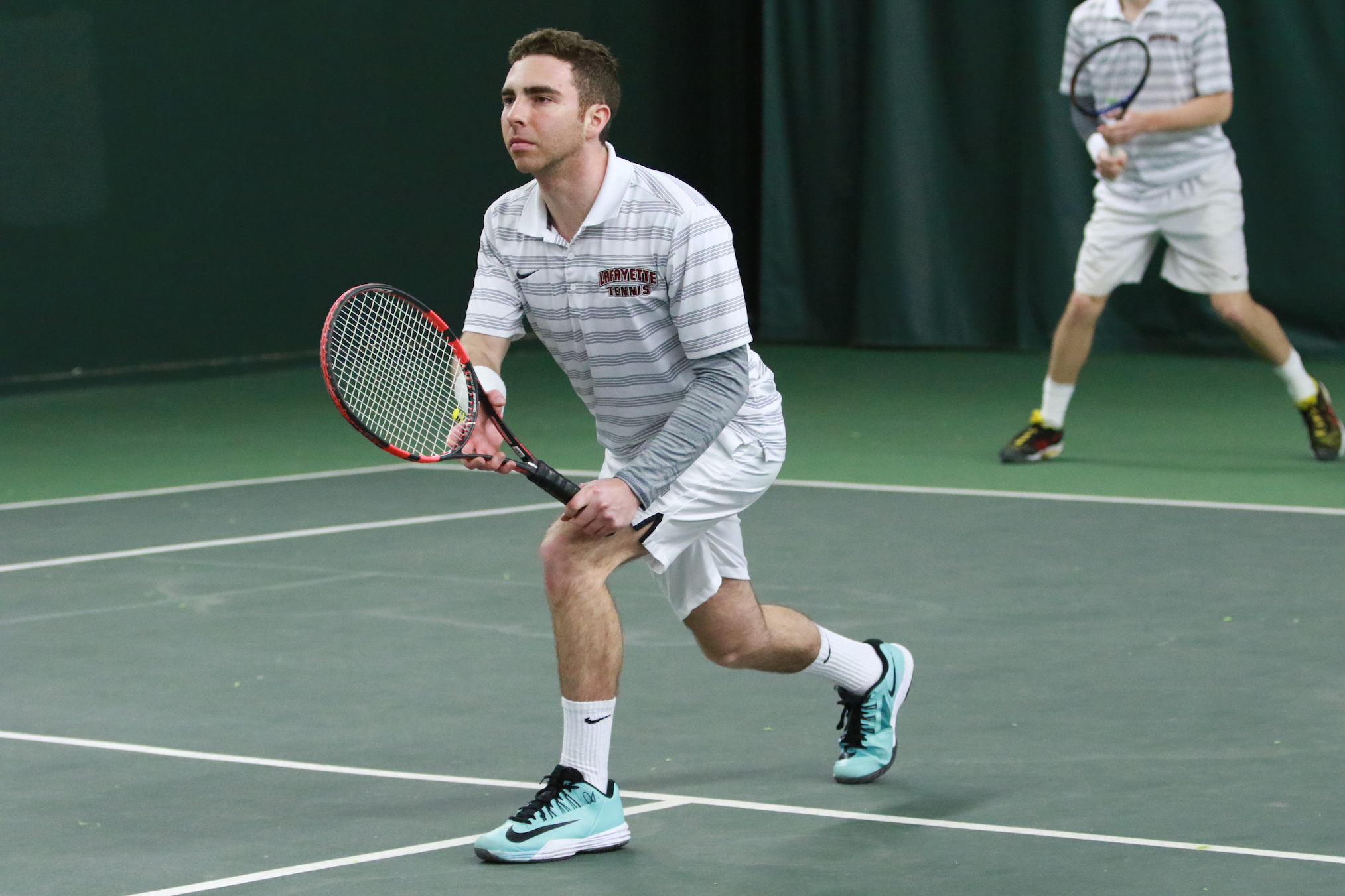 After rough starts to both of their seasons, the men’s and women’s tennis teams both rebounded to secure their first conference win of the year this past week. Both teams defeated Holy Cross to nab their first Patriot League victory of the season.

The men, who came into the match with a record of 1-8, were looking to get in the win column after suffering a 6-1 loss to Army.

Their efforts were successful and the Leopards downed the Crusaders by a score of 4-3. Seniors Gavin Studner and Chris Matturri won singles matches for the Leopards, as well as freshman Matthew DeBenedetto. The pairs of senior Brian Stefanowicz/Matturri and freshman Andrew Reed/Studner won the doubles point for the Leopards.

“That win over Holy Cross was by far the best match I’ve ever been part of during my four year career,” Matturri said of the match. “I’m confident that this match is going to give us a lot of momentum going forward in Patriot League play. Winning a close match like that really builds up our confidence and lets us know that when matches are close we can pull them out.”

In regard to their outlook for the rest of the season, the team looks to keep things simple and not look too deep into the future.

“We plan to take each match one at a time. This season is the most difficult that we have faced in my four years here,” Studner said. “Our tough non-conference matches will prepare us for challenging Patriot League matches in the coming weeks. We focus on one match, one set, one game, one point.”

Their next match will be at Mount St. Mary’s on Friday, followed by a weekend conference showdown at Navy.

As for the women’s team, they also got their first Patriot League victory over Holy Cross by the same score of 4-3. Seniors Caroline Nixon, Catherine Senopoulos and Ally Simels won their respective singles matches for the Leopards. The pairs of junior Rocine Moschella/Nixon and Senopoulos/Simels won the doubles point.

For the women’s team, however, winning is not the most important thing they want to take away from the season.

“In my opinion, knowing you played your best and put everything you had into each practice and match is more important than the score,” Nixon said. “I hope that we continue to put everything we have into this season and improve ourselves as players.”

After facing off against Lehigh in a home match on Wednesday, the women will join the men down in Maryland to compete against Mount St. Mary’s and Navy before returning home to finish out the season in Easton.

Both teams look to win as many matches as possible and gain as much momentum as they can before the Patriot League Championship which will take place just three weeks from now. If both teams are able to that, they may be able to turn their seasons around and make some noise in the tournament.