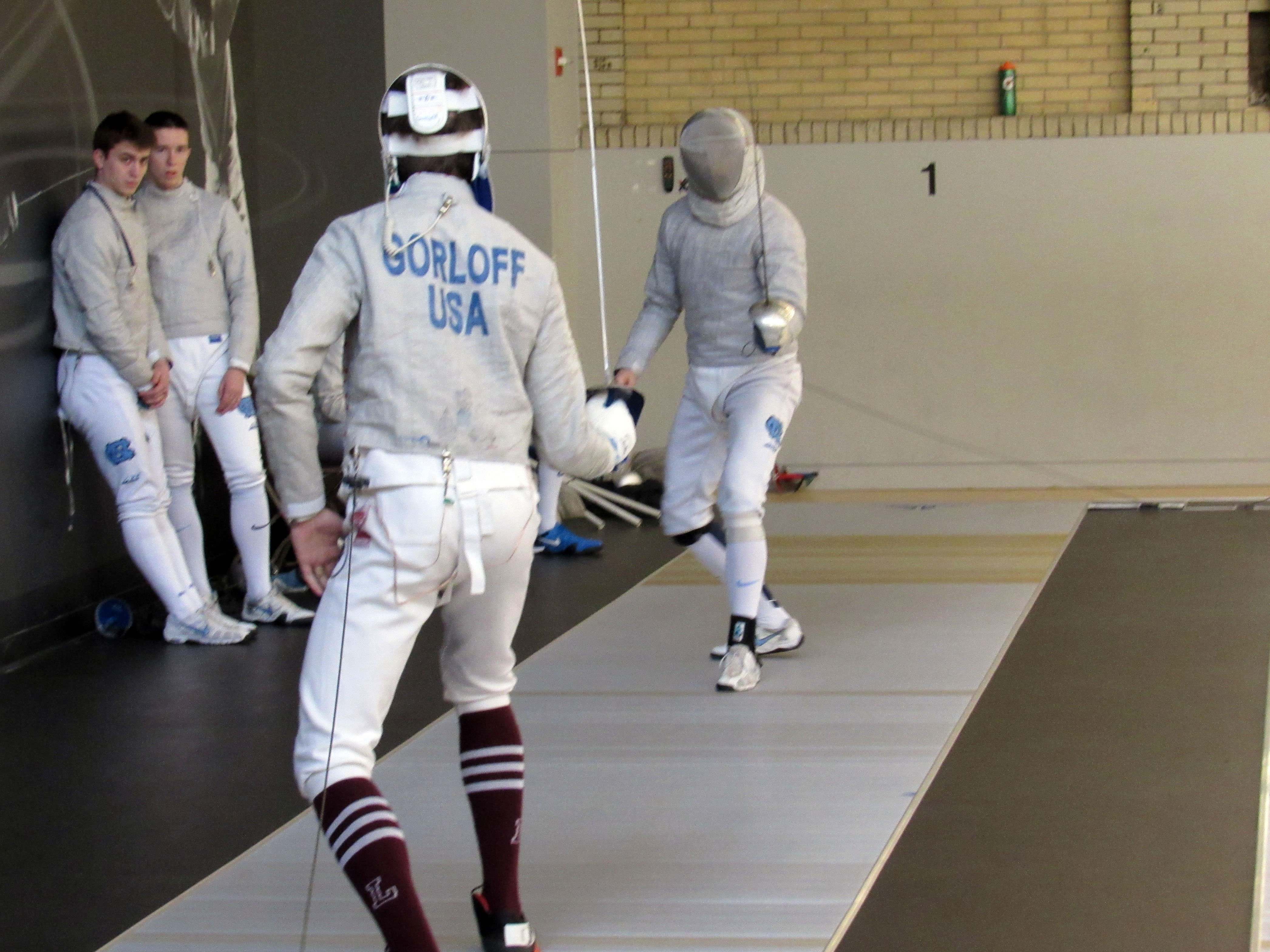 While many students rejoiced at the school’s decision to shut down this past Thursday and Friday due to the norovirus outbreak, many fencers did not.

On Saturday, Lafayette was scheduled to host the NCAA regionals for fencing, in which roughly 210 fencers from schools such as Penn, Princeton and Duke were going to battle to see who would qualify for the NCAA national tournament. The norovirus outbreak changed those plans.

After the school made the decision to close on Wednesday afternoon, the tournament had to be moved to a different venue. The NCAA decided to move the tournament to Moravian College and still have it take place on Saturday. In addition, the NCAA and Lafayette agreed to not allow any of its fencers to participate in the tournament in an effort to eliminate any fear of spreading the norovirus.

Senior David Jennings, juniors Jake Burns and Brent Staples and sophomores David Shindell and Alexander Gorloff were set to represent the Leopards in the competition.

“I always look forward to fencing in regionals because the skill set of the fencers is much higher than the rest of the season,” Burns said. “It is always fun to go up against amazing fencers.”

Not being allowed to compete was tough to swallow for the Leopards, as it is a tournament they look forward to competing in each year.

“It is a real shame that we did not get to participate in the regional tournament,” Burns said. “All who qualified this year and the other fencers worked very hard this season. The team will work very hard next season to qualify again.”

Unfortunately, for senior David Jennings, there will not be a next year to qualify for regionals. After learning about the decision to move regionals and not allow any Leopards to compete, his season, as well as his collegiate fencing career, came to an abrupt end.

“While I understand the reasons behind the school making these decisions, being a senior leaves me at an awkward point in my fencing career,” he said. “It’s over. Just like that. Not with a bang, but with a fizzle.”

Another fencer who was disappointed with the unfortunate outcome was sophomore Alexander Gorloff. Last year as a freshman, he finished in the third round and made it to the top 16. This year, he was gunning for a top eight finish that would qualify him for the NCAA national tournament.

“I was hoping that I could make it once again to the third round and perhaps even get past it this year to the final round where top eight go to NCAA nationals,” Gorloff said.

Immediately after learning about the decision, members of the fencing team each received personal phone calls from athletic director Bruce McCutcheon apologizing for the decision to move the tournament and keep the fencers out of the competition.

NCAA health regulations stipulate that it is up to the team physician or a representative to determine if an athlete is healthy enough to qualify. No other Lafayette team was allowed to compete over the medical break.