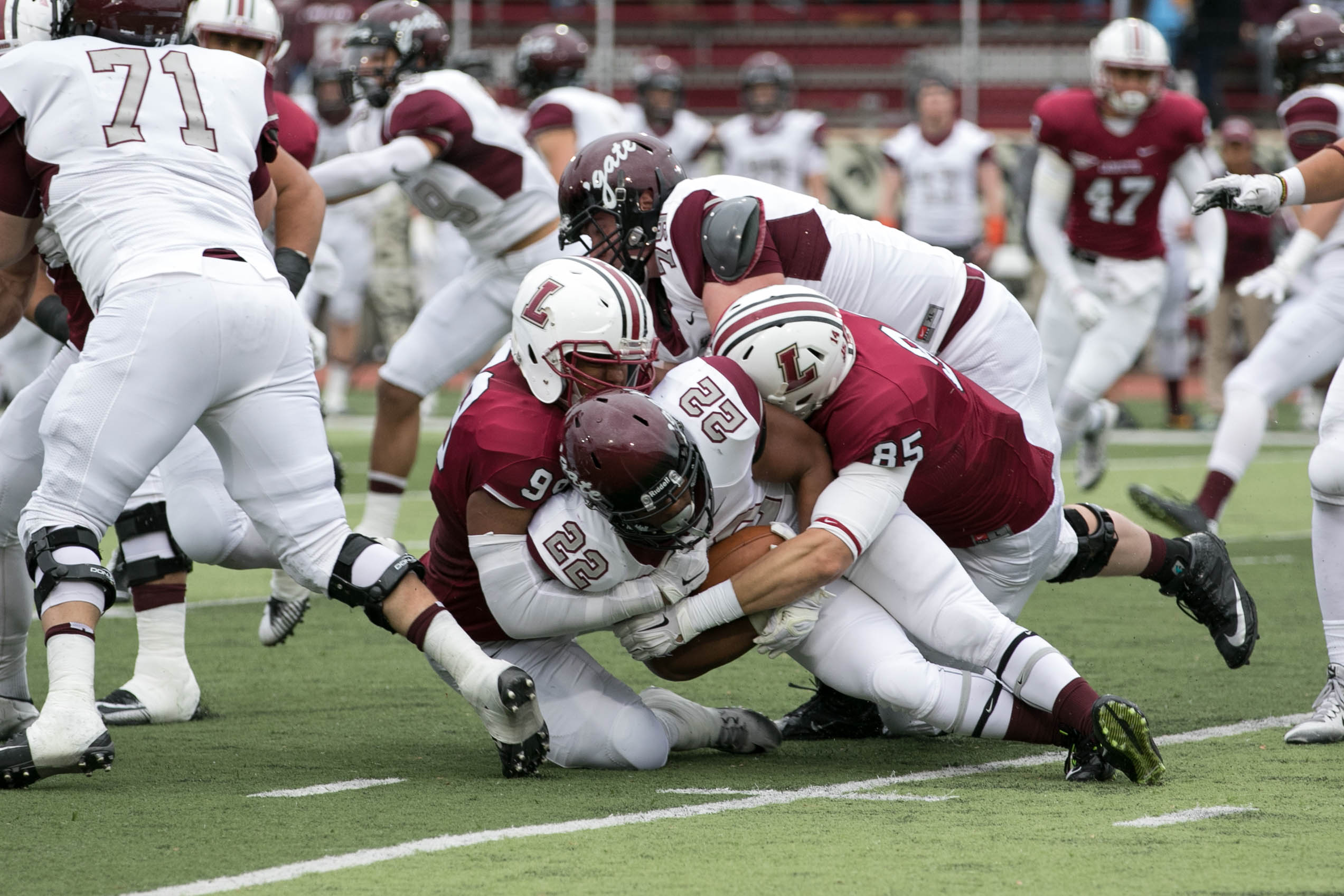 In the midst of highly publicized scrutiny on the devastating effects of hard hitting in football on current and former players’ brains, the need for player protection in America’s most popular sport has begun to give way to heavy scrutiny at the college level.

This anxiety has pushed the Ivy League, a league notably similar to the Patriot League level of competition, to become the first conference to officially enforce a rule that forbids hitting in practice during the regular season.

A statement like this from the Ivy League raises several questions about the future of a game that is dependent on aggressive hitting.  For one, how is it possible to efficiently prepare for a football season without simulating live contact? Also, what kind of pressure will this put on the Patriot League to follow suit?

While the message from the Ivy League’s innovative and decisive action is loud and clear, this style of practice has actually been widely adopted by many NCAA teams across the nation.

The truth is, in-season tackling is really only the tip of the iceberg. The sport’s characteristic brutal, smash-mouth nature means that teams must undergo rigorous practices in the spring and summer to adequately prepare the team for future opponents.

For Lafayette head coach Frank Tavani, the Ivy League’s new policy is hardly more than an admirable publicity stunt, garnering national attention as a result of the league’s international academic fame. In reality, low contact practices have become common in all phases of preparation for the regular season.

According to Tavani, a reduction in high-contact practices has not only been an ongoing development during the regular season for years, but has also become a necessity in the offseason to reduce consistent head trauma and to allow previously injured and crucially important players to stay healthy.

“To the Ivy League’s credit, they’re doing it as a conference and nobody has done that as a conference,” Tavani said. “I applaud any effort to make the game safer, but we’ve been doing this for about three, four years already and they’re just catching up.  No one that I know of has been tackling in season for a long time. I don’t even think from the time I took the job [17 years ago] we’ve tackled in practice outside of preseason.”

As surprising as low-contact practicing might seem in light of football’s undeniably violent nature, Tavani and many other NCAA coaches have worked hard to develop methods of achieving contact without risking injury.

One way of accomplishing this is to use what Tavani calls ‘shells’ – a thin substitute for pads worn underneath practice shirts to encourage simulation and avoid heavy contact.

However, Tavani recognizes that even this seemingly ‘safe’ practice failed to really navigate the issue properly.

“As soon as the helmet and shoulder pads go on, you can be in gym shorts—but that’s a contact practice for the front seven,” Tavani said. “Boom—they’re mashing, they’re live blocking, it’s above the waist and all that. When you don’t want to have that, to me, you’re either in full pads, or you’re in shells. This in-between thing is where we got more people hurt than when we scrimmaged…because some guys, you know, they’re supposed to come in at the waste and thud them up, but you know…Somebody’s always going a little harder than somebody else.”

Tavani has seen the game develop increasing safety measures over the 39 years of his coaching career. One major development came in the form of ingenuity in helmet technology. Some action in the 90s saw the creation of bigger, stronger helmets, which, according to Tavani, actually became more of a weapon than a safety precaution, leading to many of the concussion issues facing the modern game.

“All this money and technology went into developing these helmets, which were first only $99 plus a facemask,” Tavani said.  “Now they’re $400 or more, and you know all the scientific research from astronaut helmets and motorcycle helmets. The helmet eventually became a weapon and then everyone’s looking for the knockout blow.”

Though a self-proclaimed “old-school” coach, Tavani said that an increase in scrutiny has not only improved the game, but actually brought back some basics he was accustomed to in his own playing days.

“It was all about the game being played with shoulder, forearm—you were taught to go for the body and wrap and tackle,” Tavani said.

“Now, the emphasis is back to good old fashioned tackling,” he added.