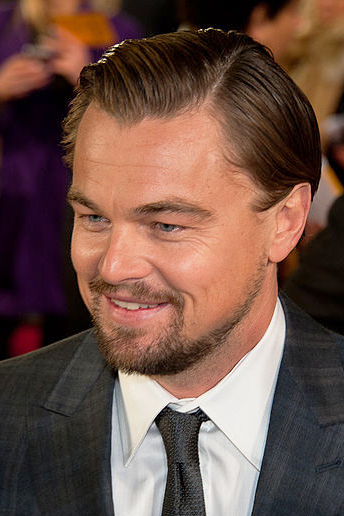 Leo’s long journey to Oscar gold may finally be over.

On Sunday, the 88th Academy Awards will be given out to the people and films that the Academy of Motion Pictures Arts and Sciences judges to be the best of the year. Out of the 24 categories that the Academy will be deliberating, one will likely stand out at the end of the night: the Award for Best Actor in a Leading Role.

Fans of critically acclaimed actor Leonardo DiCaprio have long decried the fact that, despite numerous performances earning him Oscar nominations, he has never won the award. It has almost become a part of DiCaprio’s identity that he has never won an Oscar.

But with his performance in “The Revenant” making waves throughout the acting world, Leo looks like a shoe-in to win his first Oscar. None of the other candidates seem to be getting much buzz in their favor and—barring a legitimate conspiracy against him—his victory seems inevitable.

DiCaprio’s Oscar journey started in 1993, in the 66th Academy Awards, when he was nominated for Best Supporting Actor for “What’s Eating Gilbert Grape.” The film was a critical darling, and Leo’s performance as the developmentally challenged Arnie Grape won almost universal acclaim. Losing to Tommy Lee Jones for his performance in “The Fugitive” was considered a legitimate snub. At age 19, DiCaprio was already being recognized as one of the finest actors of his generation by the Academy, and it seemed like it was only a matter of time before he would be giving a victory speech.

In 1997, “Titanic” was released and became the highest grossing movie in history. DiCaprio was one of the lead actors for that film, one that was nominated for nearly every award under the sun. However, despite being nominated for 14 Oscars and winning 11, DiCaprio was not even nominated for his performance.

DiCaprio was not nominated again until the 77th Academy Awards in 2005. He was not up for supporting actor this time, as he had staked his claim to the “Lead Role” award with his performance in “The Aviator.” His depiction of Las Vegas billionaire aviator Howard Hughes fell short against Jamie Foxx’s depiction of Ray Charles in “Ray,” but it was a monumental moment in his career to be nominated alongside screen legends like Clint Eastwood, Don Cheadle and Johnny Depp.

As a small piece of trivia, he is the only actor to have been nominated in the 66th, 77th and 88th Academy Awards.

In 2007, Leonardo would be nominated again for Best Actor for his role as a Rhodesian gunrunner in “Blood Diamond.” With industry darling Martin Scorcese behind the camera directing the action, and with a moving performance by DiCaprio, it was somewhat surprising that the film was such a weak Oscar contender. DiCaprio lost the award to industry veteran Forest Whitaker’s depiction of Ugandan dictator Idi Amin.

In 2014, Leo took on two high-profile roles in one year. His depiction of Jay Gatsby in “The Great Gatsby” was overlooked during Oscar season, but he received two nominations—one for acting and one as a producer—for “The Wolf of Wall Street.” Despite the universal acclaim his depiction of Jordan Belfort drew, this was one of the most competitive Oscar seasons of all time. He ended up losing to Matthew McConaughey as Best Actor, and Brad Pitt won his first Oscar and beat out Leo as a producer.

All this brings us to 2016 and the 88th Academy Awards: Leo has never won an Oscar primarily because of how stiff his competition has been over the years—his last movie had to duke it out with “12 Years A Slave” for awards—and he has never been the clear frontrunner for any category he has been nominated for. Seventh time may be the charm for Leo, as this year he has very little serious competition from industry veterans more entrenched than he. This is Leo’s best chance yet to win.

After all, it’s not like there’s a conspiracy against him in Hollywood.