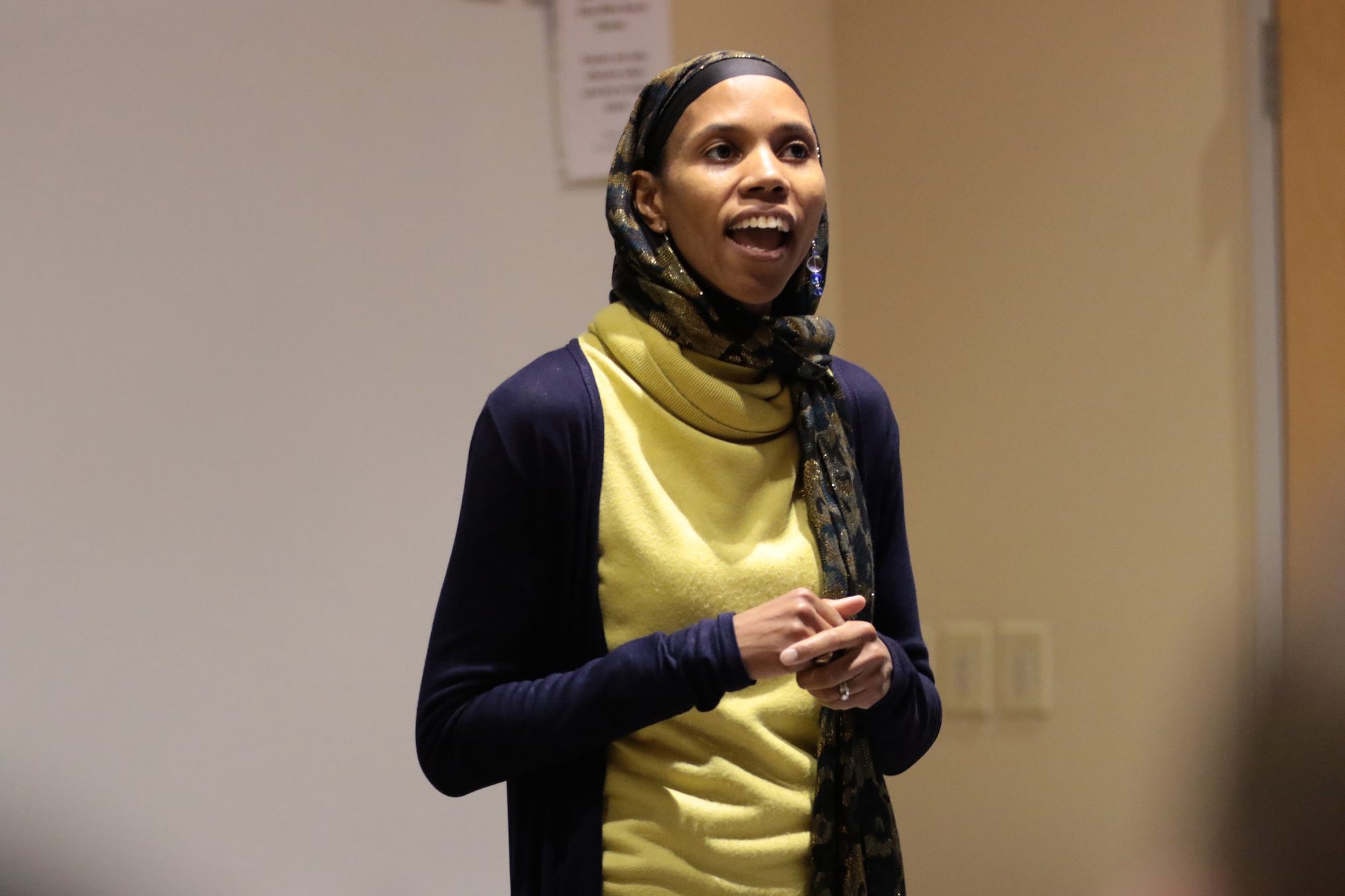 Islam, though so often portrayed in the media as a violent and oppressive faith, can be one of the most powerful unifying forces among marginalized people, said Professor of Religion at Spelman College Jamillah Karim, who spoke at Lafayette College on Monday.

Karim specializes in Islam and Muslims in the United States and also focuses on race and ethnicity, its ties into immigration and Islamic feminism. She named her talk “Fighting Words: Muslim Women’s Scholarship, Service, and Spirituality” and highlighted the Islamic ideals of community, which she called ummah, and how the women within the community should overcome their racism to create this ummah.

Karim started her talk by giving a background of Islam in America, talking about Fard Muhammad, who told the blacks “that the black man was god, the white man was the devil, and that Islam was the black man’s original religion”, then Malcom X, who “played an enormous role in making the nation of Islam the most successful black nationalist movement in history” and told blacks to love their differences from whites. She then talked about her influences including her time at the Clara Muhammad elementary school in which she read the Quran and turned “the black freedom struggle spiritual for [her]” and her mother, who said, “it was almost like my mind was being unshackled, to know that black can be beautiful”.

The issue of racism hit her when she went to camp and “realized that in the second generation that whiter was still better,” after receiving compliments for her “good hair” and proper speaking. She realized that she has to strive to achieve inner beauty from God, as her mother taught, as well as outer beauty. When she found out that black people only made up a third of the Islam population in America, she incorporated South East Asians into her research, too, and wanted to find out more about Islam as a liberating religion for women.

Racism is a problem that faces the Muslim community, especially women. She wanted to answer a simple question: “Does Islam overcome racial conditioning?” She believes that we live in a country where there’s no ideal community, as racism causes divides even within the community.

She also spoke about a conference organized by second generation immigrants, and how her goal at the conference was to tell others how to raise a “true ummah” within women—even with all the “new” racism that divides them in many ways, including spiritually.