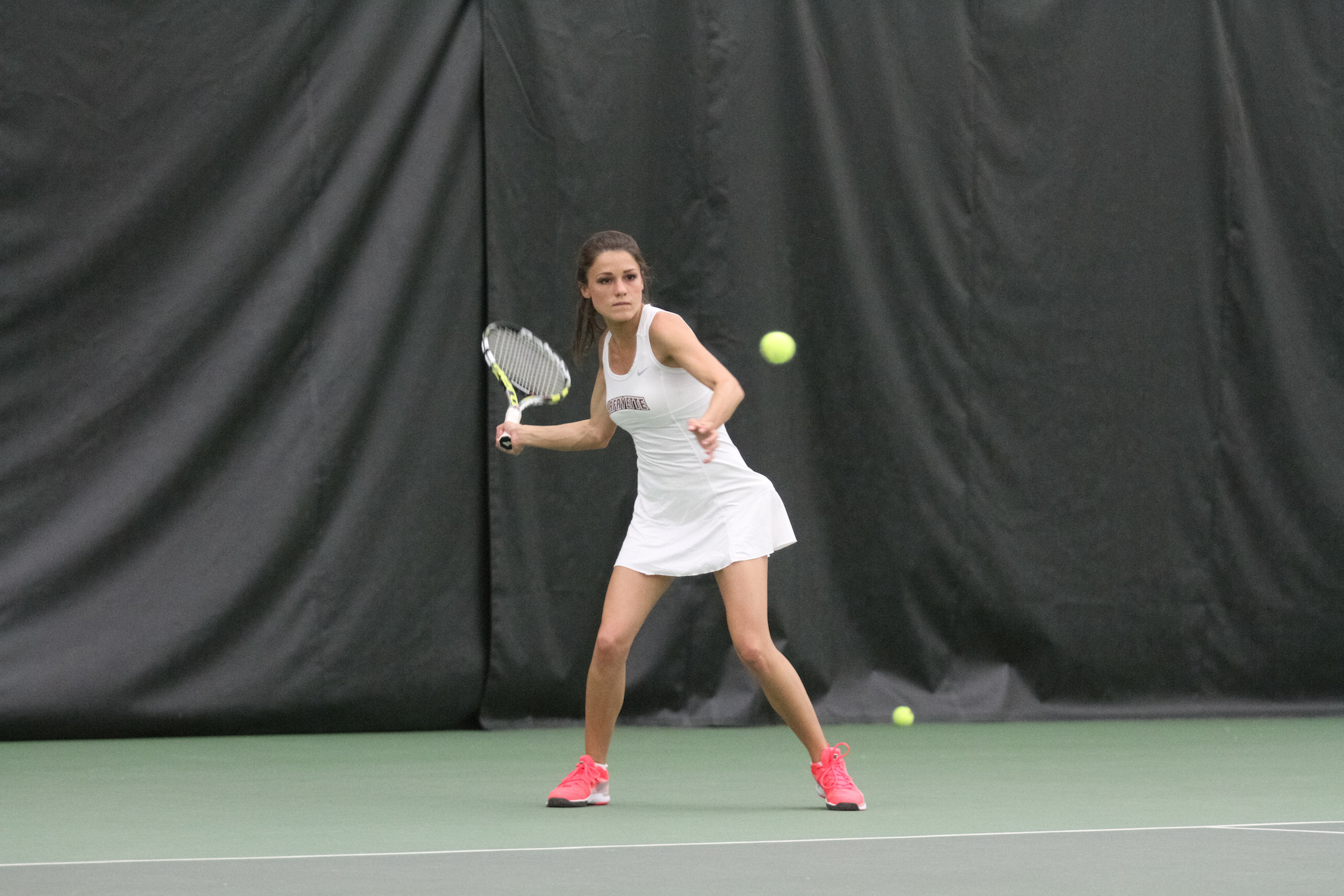 In a season marked by change, the Leopards men’s and women’s tennis teams looked to start strong in a home match against St. Francis (Pa.) a couple weeks ago. Although both teams lost – the men losing 7-0 and the women 6-1 — it did mark new head coach Ralph Van Orden’s first match.

Following the fall season, long-time head coach Eric Ratchford stepped down, leaving an opening for Van Orden to take over. Even though the transition process seemed daunting at first, many players are satisfied with the way things are running under their new coach.

“A new coach brings new ideas and new routines, and it is refreshing and invigorating,” senior Caroline Nixon said. “We are excited to demonstrate how we have changed as a team now with a new coach.”

Senior Chris Matturri agrees with Nixon and has seen much improvement with the team under coach Van Orden.

“It’s been a bit of an adjustment with a new coach, but we’ve been doing a good job with the transition so far,” Matturri said. “I’m really happy with where we are at this point in the season.”

Although the men’s and women’s teams followed up their rough matches against St. Francis (Pa.) with 7-0 losses to St. Joseph’s, they both bounced back to secure victories against St. Peter’s this past weekend. The men won the match with a score of 5-2 and the women won with a score of 6-1. The win was big in the eyes of Matturri.

“I‘m really proud of our team’s play so far,” he said. “We lost to two really good teams to start off the season. I think now that we’ve gotten our first win we all have a lot more confidence in our game, which is going to be huge for us.”

“Last week’s win against St. Peters was one of the best wins I’ve been part of at Lafayette,” Matturri said. “We’ve come a very long way since they beat us 7-0 and 5-2 my freshman and sophomore years and to beat them back to back years 5-2 is really special.”

Looking ahead, the teams have a couple more non-conference matches against Wagner and Hofstra before they officially open up Patriot League play against Loyola Maryland on March 12. Matturri knows how important it is to get on a winning streak early, which is why these next few matches are extremely important.

“Personally, I needed to get a win under my belt to get my confidence going,” he said. “Tennis is 80 percent mental and last year when I got on an eight match winning streak at one point during the season, my confidence was really high and I was playing some of my best tennis because of it. I’m hoping to string together a few wins in a row and get into a rhythm like that again.”

As one of the captains of the men’s team, Matturri could set a strong example for his teammates by doing this. Although getting into a winning rhythm has been tough for the Leopards in recent years, new leadership and a change in identity could ultimately give them the confidence needed to succeed.