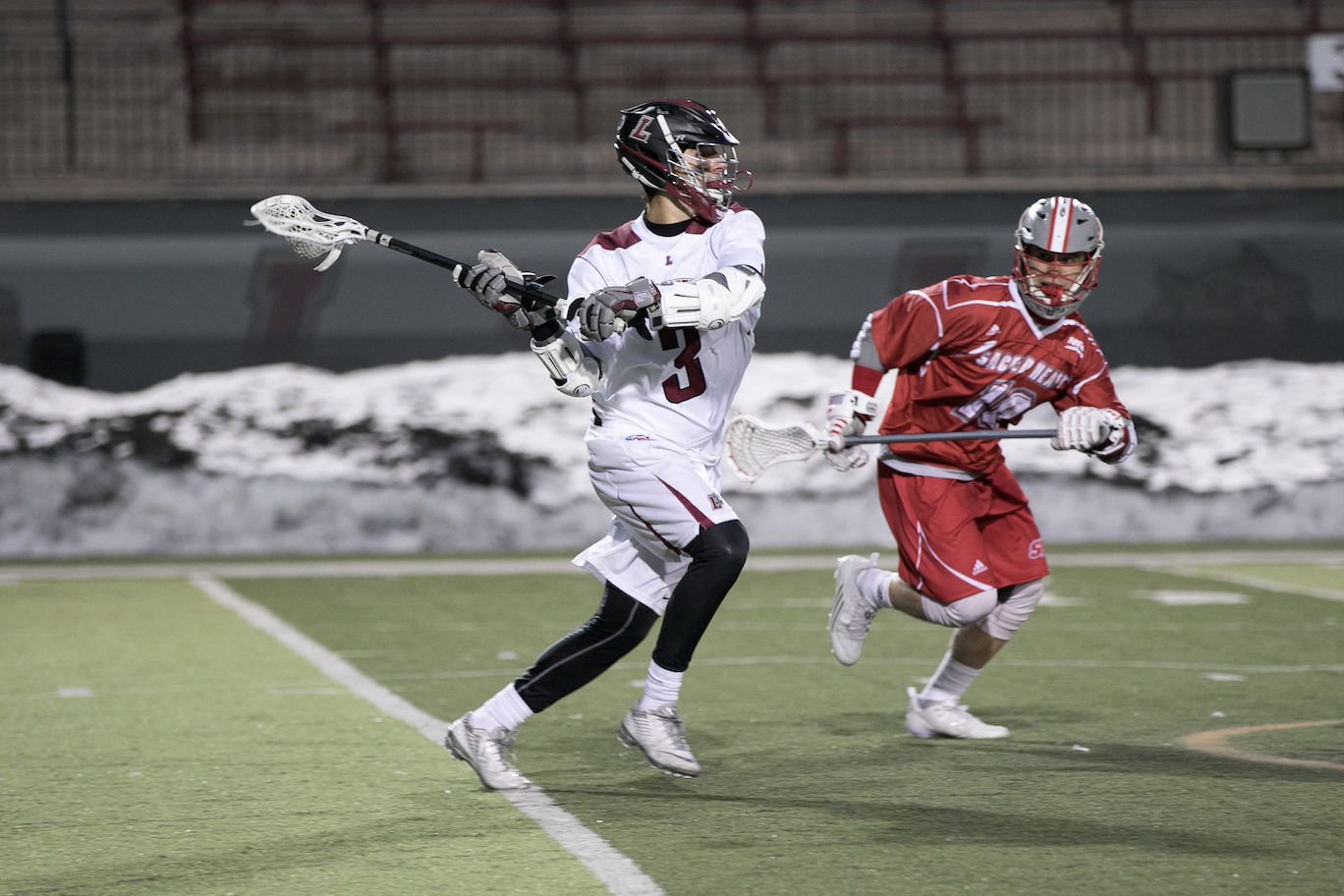 Lafayette men’s lacrosse season got off to a disappointing start at home last Friday as they fell 12-8 to Sacred Heart, a team they believed they should have beaten.

For head coach Jim Rogalski, the team’s faults in each category were obvious and unrepresentative of their abilities as a group.

“I think the guys understand that we’re going to work on that in practice,” he added. “And then we’re going to move on and focus on the things we need to focus on because we got another game right around the corner.”

In spite of a weak offensive performance, there were plenty of positives to take away from other facets of the game.

The Leopards consistently won the face-off battle throughout the contest, gaining possession on about 60 percent of attempts.  This kind of victory is important for Rogalski, who wants to see his team gain possession as often as possible off of the ground.

“That’s the first time since I’ve been here we’ve had a strong showing from the faceoff,” Rogalski said. “That means extra possessions—it’s important. When you look at a game, you want to win the ground ball war, the faceoff war, and we certainly did that to put ourselves in a position to win the rest of the game.”

While this is an impressive accomplishment, senior attackman and captain Morgan Westby doesn’t think his team did enough with the possessions they had.

“Offensively I think we played with a lack of confidence,” Westby said.  “We never really got into the offense—we were slow, and we let them take the ball away from us a few times. But they’re all mistakes that are pretty easily fixed.”

From a defensive standpoint, things were a little more encouraging. In spite of allowing 12 goals, senior goalkeeper Ben Falconi managed 13 saves, surrounded by an inexperienced trio of freshman defenders. In light of the lopsided possession in favor of Sacred Heart, this defensive record can be viewed as an accomplishment, making up for the shortcomings of the offense.

With another home game just around the corner, Rogalski feels positive about the team’s direction coming off a disappointing loss.

“The thing I’ve been pretty excited about is how the guys have been reacting after this loss,” Rogalski said. “When we talk about a winning culture, it’s not necessarily about winning games.  A winning culture is about striving for perfection, striving to get those wins.  They’re ready to get back to work, they’re ready to fix the things that need to be fixed.”

Lafayette will look to use this winning culture to reverse their fortune from the 2015 season, in which they started the year confidently with a 10-5 win over Wagner and subsequently lost the next eight games.

The Leopards have their work cut out for them as they prepare to once again face a confident Wagner team that is coming off of last Friday’s 15-8 win over Manhattan College.