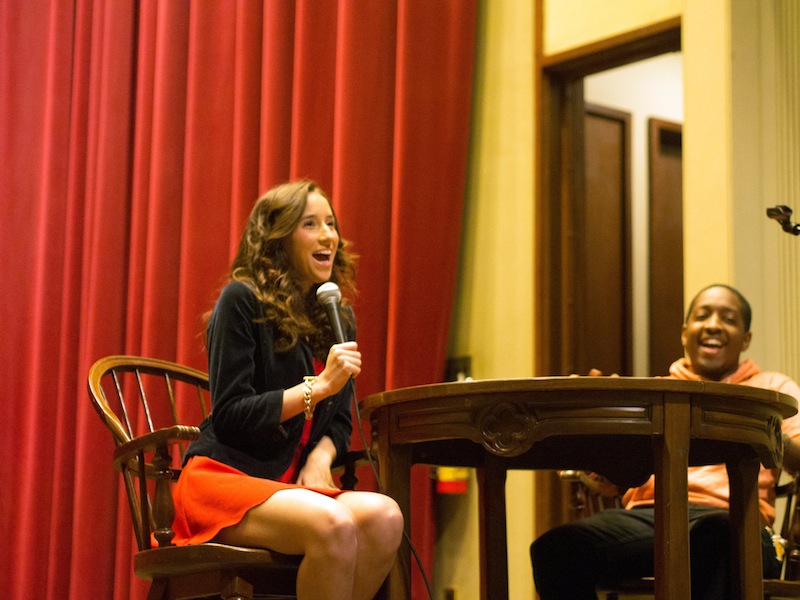 Sex Week is coming up at Lafayette and it’s less provocative than in previous years.

The goal of this year’s Sex Week is empowering people to “sexual authenticity,” said Coordinator of Gender and Sexuality Programs (GSP) Cristina Usino, who has been at the college for five months.

“For me, Sex Week is [about] how being mindful and intentional in all realms of life leads to optimal health,” she said. “Are you doing that with your sexuality? Are you being an authentic sexual person?”

According to Usino, programming is designed to open a dialogue for students about their sexual identities.

“[Sex Week] provides the platform to have discussions that really let go of the shame, the stigma and the taboo of talking about something we all either engaged in or choose not to. Sexuality is something we can’t escape, so why aren’t we talking about it in a sex positive environment?” Usino said.

According to Vice President of Campus Life Annette Diorio, Sex Week has been happening at Lafayette since at least the early 2000s. Back then, students ran it, she said.

According to Diorio, the GSP coordinator position was created after a 2010 Campus Climate Survey found that Lafayette needed to improve in both support for women on campus and for queer identified students, faculty and staff. Kelly started at the college in 2012 and was the first GSP coordinator at Lafayette.

“Some of the buzz we got last year was really more in the form of complaints,” Diorio said. “[Some people thought] it wasn’t appropriate programming.”

Diorio felt these complaints took away from the message behind these activities.

Usino plans to limit the shock factor and focus on people’s personal narratives.

“I think what I want to accomplish this year is to be more inclusive,” Usino said. “Because I have such an active and vocal student population, I wanted a platform for discussion about our own personal narratives when it comes to our own sexuality versus just being provocative and titillating. I want to have a narrative about our own experiences.”

Nicole Harrison ’16, who helped plan and coordinate this year’s Sex Week, agreed that this year will be less provocative. But both this year and last year “have similar goals and try to look at sex from different angles,” Harrison said.

“The reason [we have Sex Week] is to have a comprehensive discussion to not only address difficult topics such as rape culture and STIs, but to include dialogue that empowers students to explore their sexuality,” Usino said.

Usino also believes that Sex Week will be a good opportunity for students to figure out who they really are as opposed to whom people tell them to be.

“In our culture, we are just given messages all the time about our sexuality and what that’s supposed to be, and so I really want to challenge our community and our students to ask themselves is that really fit for you? Is that your true ideology of your sexuality?” she said.