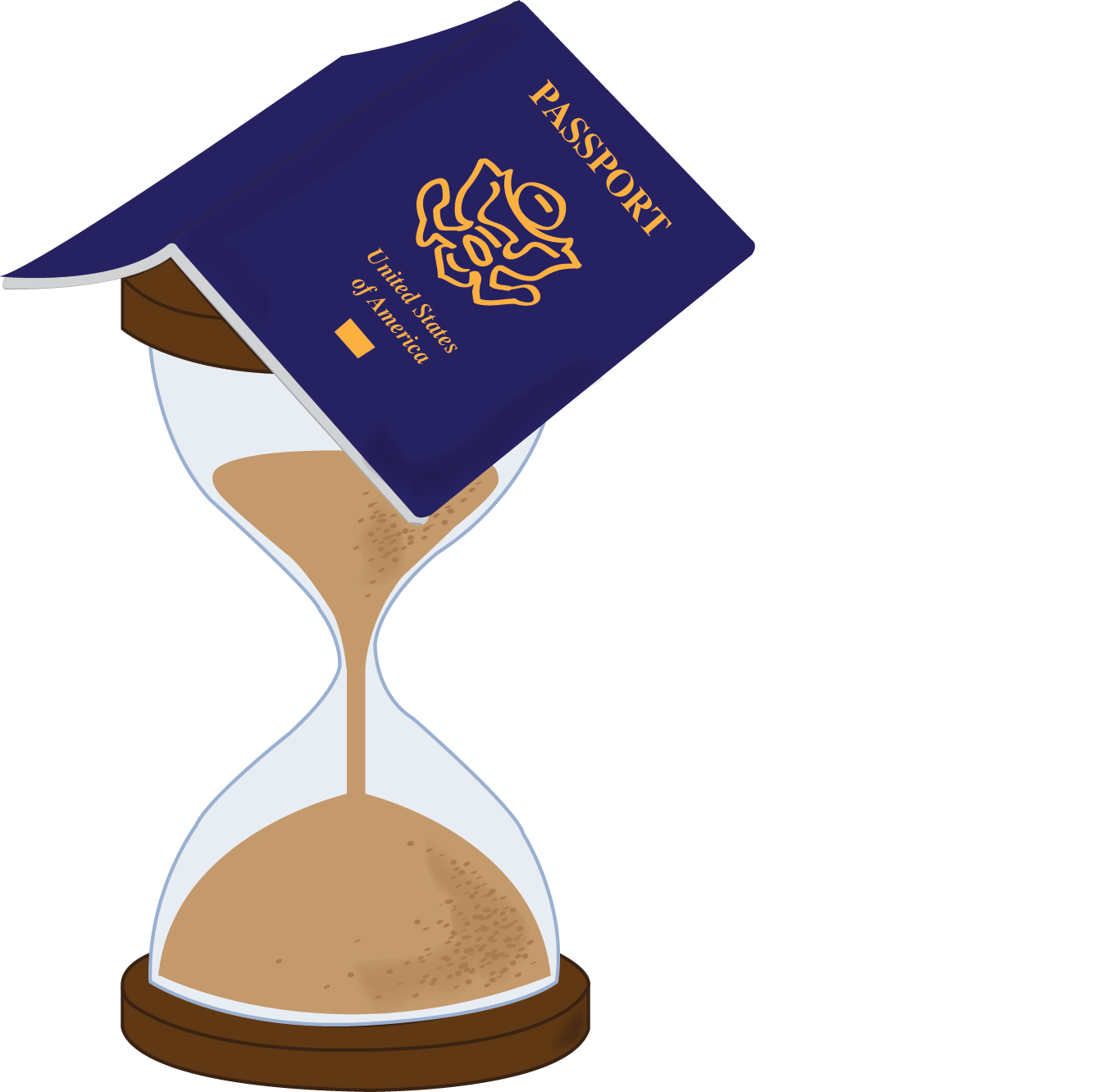 If international student Nicolas Alarcon ‘16 cannot find a job by June, he will be sent back to his home country of Ecuador without much hope for easily returning to the U.S.

Alarcon, who graduated early this past December, is facing what many international seniors at Lafayette and higher institutions across the U.S. are: the immense stress and pressure to find a job and achieve a work authorization visa before they have to leave the country.

According to Project Atlas, there are 886,052 international students studying in the U.S. Two-hundred thirty-three of those students go to Lafayette, some with the intention of staying in the states to launch a career.

Most international students obtain a F1 visa, otherwise known as a student visa, to enter the U.S. to pursue higher education. If the student then wishes to remain in the country to work, their next step is to apply for Optional Practical Training (OPT). This will allot the student 90 days to find a job after graduation. If the student succeeds in obtaining a job, they will have one year to work for that employer through OPT.

According to the Assistant Director of Intercultural Development Janine Block, 16 of the 33 international students that graduated in 2015 applied for OPT. Of those, 14 are currently working in the U.S. Two, though, went back to their home countries, because they could not find work within 90 days of being approved for OPT.

Block said that there are two main issues with OPT. The first was that “work has to be in the [student’s] course of study, which makes it challenging because some students might major in engineering but want to go into finance.”

“The other issue,” Block added,“is because OPT is only 12 months, if a student wants to use any of that OPT before their graduation[through an internship], they’d be using three months of the 12 months, leaving only nine months [on their visa]. That makes the student less employable.”

There is an exception in which certain people can obtain a 17-month extension, said Block. But only if they are a STEM major.

Details of the 17-month extension have recently been debated nationally.A court case was brought against the government by a group of workers two years ago on the basis that it was impeding Americans from finding jobs, according to the Chronicle of Higher Education. A federal judge ruled against the government in August on procedural grounds. Now, the future of the extension period is unclear.

Even some STEM majors, like Alarcon, who majored in chemical engineering, is nervous about their job prospects.

“Right now I’m applying to jobs, but I’m not sure what’s going to happen,” said Alarcon. “I don’t like the instability.”

Humanities majors, such as Rebeka Ramangamihanta‘16, from Madagascar, are also feeling pressure.

Ramangamihanta is a double major in international affairs and economics. Her solution to her struggle with OPT is to apply to graduate school so that she can continue using her student visa.

“I was considering the option of working [in the U.S.], but because of my major it’s harder for me to get a job here,” Ramangamihanta said. “If I don’t get into those graduate schools, I’ll go home.”

Students that do not wish to continue schooling and cannot find a paid job within the 90-day limit can still use OPT as long as they have acquired some type of internship that relates to their field of study, said Arthur Serratelli, who is an immigration attorney.

Once the OPT time limit expires, however, the students must apply for a work authorization visa, the most common one being an H-1B visa.

The steps to obtaining an H-1B visa, according to Serratelli, are much easier said than done, as first students must find an employer who is willing to sponsor them and potentially help pay the $5,000 charge for the H-1B. The challenge with that is that many smaller to mid-size companies are not well versed in immigration laws, Serratelli said.

“The bigger and more sophisticated the company, the more they know about visas,” Serratelli said. “My job is to educate students on what the rules are and then help the students educate the employer in a way that doesn’t freak out the employer.”

But it may not be only employers that are freaking out. Even for international workers who do find someone to sponsor them for an H-1B, they may still not be able to stay in the country to work. That is because they need to go through a lottery system after they are sponsored.

Anyone that applies for an H-1B goes into a pool of applications and the first 85,000 names are pulled out. This includes college educated and non-educated immigrants alike.

Serratelli said he believes this is unfair.

“You could have a brain surgeon or a brilliant economist applying and you wouldn’t know,” he said.

“The real tragedy is we don’t have enough visas for highly educated, qualified students,” he added.

“If you have the abilities, you’re going to get opportunities,” said Raji Birru’16 from Ethiopia. “I’m anxious, but I’m not horribly anxious.”

It is frustrating, too, for administrators like Block, who, year after year have to watch their advisees struggle with this issue.

“I get frustrated, because I feel a lot of the times that people who are in decision making seats are not looking at the individuals,” Block said. “The people that are adjudicating these applications [for OPT] are just seeing stacks of these documents, they’re not seeing individuals, they’re not on the ground working with them. It’s very hard to watch that because we see how these decisions affect people’s lives.”