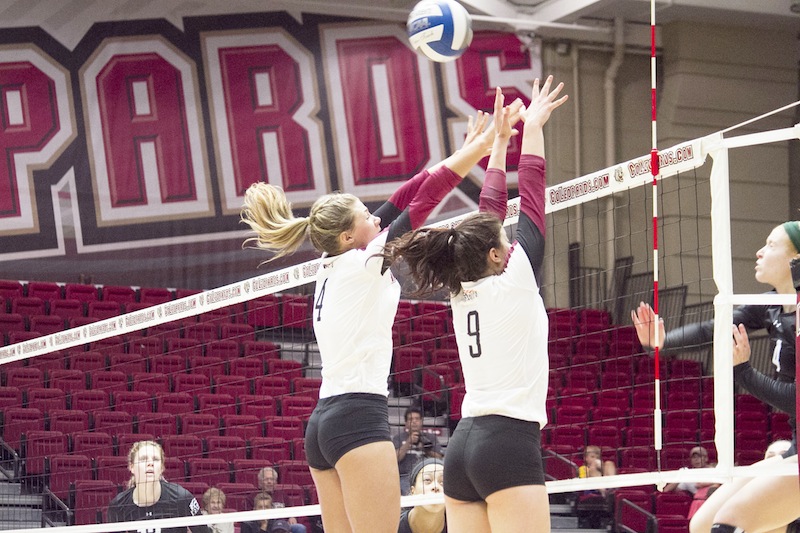 The fall season has been kind to the Leopards in most sports. Both soccer teams and the

women’s field hockey team have records of .500 or better.

But you might not be able to guess the team with the best record.

After finishing last year’s season with a record of 6-22, the women’s volleyball team did

not have high expectations going into this year. And after being swept in their first game

against LaSalle University, it did not seem like this season was going to be any better.

Since then, the Leopards have won 10 out of their past 13 games and currently boast a

10-4 record, including a victory against Lehigh—their first win against the rival school in

Currently the team sits in a tie for third place in the Patriot League, with a record of 2-1

against conference opponents. The only teams they trail behind are American and Army,

both of whom are 2-0 in Patriot League play.

Although it is still early in the season, the first half has been promising for the Leopards.

letting up. Much of this can be attributed to the returning players, including one new

Maria Balus has started her Lafayette career with a bang. The freshman from Sunnyvale,

It’s her third in the past four weeks. With junior Samantha Volk being plagued by the

injury bug the past two years, Lafayette was in need of a consistent setter. Balus has

provided stability to a team that just one year ago had none.

Other key players for the Leopards include juniors Jet Manzi and Kat Stevens, as well as

from the outside this year. Stevens has been able to hold down the middle of the court,

leading the team in blocks. Pisauro, who is in her last year with the Leopards, has been

anchoring the defense successfully—she leads the team in digs.

Now that non-conference play is officially over, the Leopards look forward to their

Patriot opponents. Army and American are currently ahead of them in the standings, but

overall records. Although they have beat Lehigh already, the Leopards will have to take

them on again at home in a few weeks. They will also play Bucknell twice, Army twice

and American one more time on the road. But, so far, the Leopards have been successful.