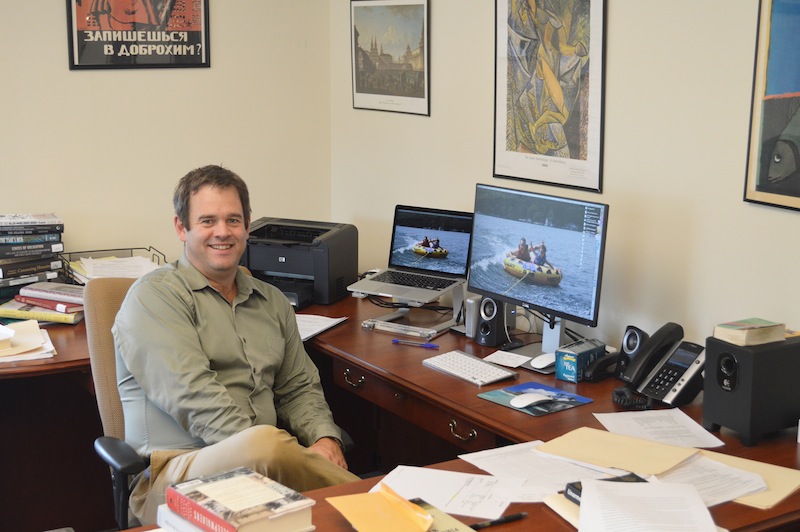 This week, The Lafayette sat down with Head of the Lafayette’s History Department Joshua Sanborn. Sanborn’s latest novel, “Imperial Apocalypse: The Great War & The Destruction of the Russian Empire,” was recently published in time for the centennial of World War I. Sanborn shared the details of his book with us, as well as the ten-year process of its completion.

The narratives cover a history; they serve as historical explanations more so than the tracing of individual lives. The overarching argument of my book focused on the way that the war helped lead to the destruction of the Empire in Russia.
A lot of attention is traditionally focused on the end of the Czarist Regime. Historians tend to emphasize the radical revolutions in the capital cities that followed the end of this Regime.
I was interested in seeing how the war destroyed society in regions outside of the capitals.

Can you expand upon the goals you had as a writer of this novel?

Well, I wanted people to think about Russia, WWI, and its aftermath in the way that they think of Great Britain or France in WWII. When most people think of decolonization, they imagine Africa and Asia after WWII. I wanted to address decolonization in Europe in the wake of WWI.

Did this idea of decolonization come towards the beginning of your research?

When I started the project, I wanted to focus on “everyday history.” I transformed this story into decolonization after I began to see that you can actually write a narrative about change over time.

Imagine: you have an empire that has its problems in 1914, but is relatively strong. Come 1918, that same empire completely collapses. Is that the result of revolutionary action, or is there a larger process at play? When I started to ask these questions and answer them with my research, I started fleshing out the idea of decolonization.

You had to complete a lot of research and travel to different places in order to complete this work. Can you describe this research process, and how you melded together all of the different ideas you had for the book?

I completed research for a little over ten years. When I started, I knew I wanted to release it by 2014, which is the centennial of the war. Throughout the research and writing process, I visited archives all over the world—from Moscow and St. Petersburg to the Hoover Archive at Stanford. Some of these archives collect diary manuscripts; others have government documents written by the military or state. Quite often I was looking for incidents of interaction between the army and civilian populations.

How did you strike a balance in your written description of the interactions that occurred between the Russian army and civilian populations? Did you rely on your own personal awareness of the scope of this topic? Or did you resort to other people?

You could say that I went to other people in that I read other historians carefully—not only for what they said, but also for how they organized their histories. The historians I was particularly drawn to were able to talk about big social processes while maintaining a human dimension. I looked toward these strategies, asking myself, “To what extent does one incorporate individual voices? When does one start talking about broader social forces that deal with millions of people? How do these two ideas intersect?”

Do you know where you would like to take your work next?

I’m still thinking about it, but I’m teaching a class and am involved in a professor reading group on the Cold War. If I can find a good area to focus on within this area of study, that may make up my next project. I also continue to be interested in decolonization, so I may focus my studies even further back into the 19th century.