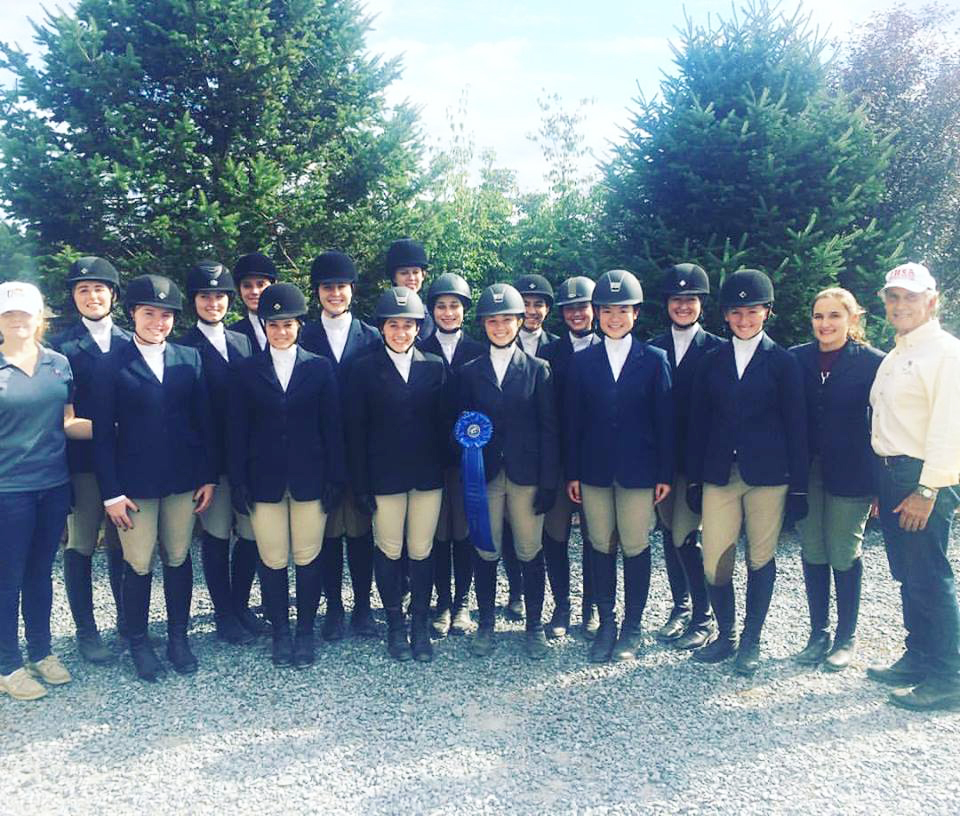 The Lafayette Equestrian team continued their winning ways this past Saturday with a victory at their first show of the season, hosted by Kutztown University.  In her seven years as head coach, Erin Gittens’ squad has won regionals five times and hopes to make this year their sixth.

The Leopards finished with 34 total points on Saturday, pushing past the rest of their competition and earning the High Point team title.

The 20-rider squad will compete against all of these teams at each of their remaining seven shows this fall.

“In my over fences class I had gotten second, and in my flat class I got first,” Perrotti said. “But another girl got first and first. So she got High Point Rider and I was eligible for Reserve High Point rider because there were three other girls who also got second and first in their classes, so at the end of the day we had a ride off…and I ended up winning.”

At some shows, like Kutztown, riders will compete in both fences classes, which involve jumping, and flat classes, geared more towards showmanship. Depending on numbers and division though, riders may compete in just one of the two.

“I’m actually kind of happy to be put in novice because I didn’t have that opportunity in high school,” Perrotti said. “I have the chance to go to a higher standing and possibly qualify for nationals.”

Over the years riders qualify for higher classes, like Meng. Her success this past weekend moved her from her walk trot to walk trot canter. This coming Sunday will be her first time cantering in a competition.

“She’s been on a really quick trajectory,” said Gittens, who graduated from Lafayette in 2006. “She’s really impressed me with her ability to pick up new skills and her ability to absorb from just watching other riders.”

Sophomore Becca Bender also competed on Saturday and placed second in her open fences division, which is her highest placement to date according to Gittens.

“We created a plan of how we wanted to ride the course and what we thought would be most successful both based off of how she rides and off of the horse that she’d be riding,” Gittens said. “She executed that plan very well.”

The team continues their competition this Sunday at Heaven’s Gate Farm where Lafayette will co-host with Lehigh.