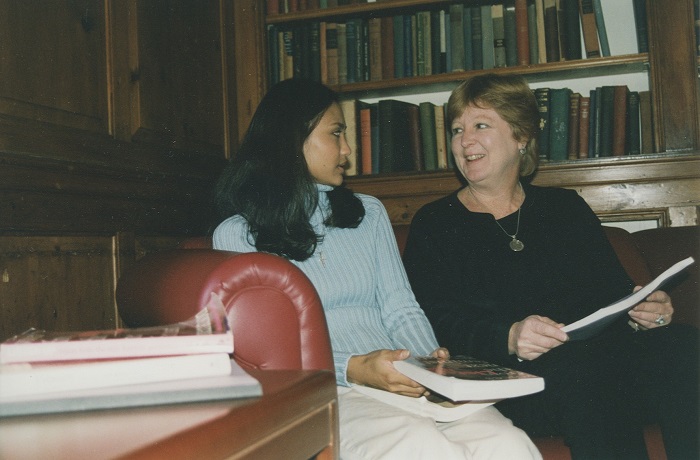 Women’s and Gender Studies is now one of Lafayette’s 51 majors of study, but 30 years ago this was not the case.

The first Introduction to Women’s Studies course occurred in 1982, but it was not until the summer of 1983 that faculty members received funding to do self-training in the field, according to Women’s and Gender Studies Advisory Committee Member Susan Basow. The self-training consisted of “intensive reading and discussion of the critical Women’s Studies works in a wide range of fields,“ Basow wrote in an email. The program began in 1985.

“In the 21st century, and especially at Lafayette, people are not only comfortable, but really expecting interdisciplinary activities and courses,” Basow said. “Thirty years ago that wasn’t the case, and so just the fact that it was interdisciplinary already made people suspicious of it regardless of the content area, which only added to the suspiciousness.”

Now that colleges better understand the significance of an interdisciplinary education, more students are taking advantage.

In order to reach this point in its success, the committee needed a lot of guidance when the program first began. This was provided by one of its six founders, who had taught a Women’s Studies course at Hunter College in New York, according to Basow. She was able to help the other founders, who were all trained in specific disciplines, construct the program.

The foremost change since the foundation of the program happened only three years ago, when the school began to offer a Women’s and Gender Studies major. Other changes, however, throughout the years have greatly influenced the evolution of the program, as well.

“The first time in taught WGS 101 here, in the fall of 2009, I had one section with 17 students and two men in the class,” wrote Women’s and Gender Studies Program Chair Mary Armstrong in an email. “Last fall, I had two sections with a total of 50 students and there were 20 men.”

This change in class makeup has altered the dynamics of the courses, allowing men to get involved in the conversation, according to Armstrong. The courses have altered in curriculum in order to expand the program’s reach in other ways, too.

“The one thing that we didn’t do as much then as we do now is have more of a transnational, or international perspective,” Basow said. “We had some of that, but we almost deliberately focused on the U.S. experience and that’s been changing.”

The program has also had a continuous focus on intersectionality, in that in each course it is, “simply given that we would take race, ethnicity, sexual orientation, age and other factors into account,” wrote Armstrong via email.

While the advancements in the program so far have been drastic, there is still more that professors hope to be done.

“There are still departments and areas of knowledge that are not well represented,” Basow said. “I know that as a member of the Women’s and Gender Studies advisory committee, we’ve talked about trying to get more STEM related courses involved in the program.”

As the program continues to progress, more and more students have been showing interest in the courses, even just at the introductory level.

“I hope that men and women who take our courses are empowered to think through what is nothing less than one of the most important variables in human existence,” wrote Armstrong in an email. “It matters for thinking through every kind of problem, and it matters for every individual life.”

“I think Lafayette is somewhat ahead of the curve in having established a program 30 years ago,” Byerly added.