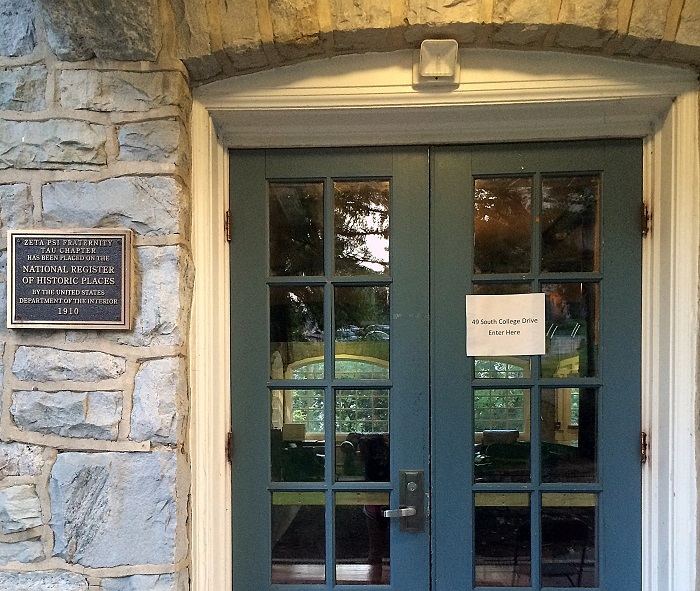 With the largest incoming class in Lafayette’s history and fewer students studying abroad this semester, the college has had to search for alternative ways to house students.

The number of students on campus is larger this year than previous years for a number of factors, including an incoming class that exceeds its target by 37 students, and about 40 fewer students studying abroad than the previous fall semester.

Because the higher demand for rooms put pressure on the residence halls, the college has made use of three ways of housing the residents: previously staff-occupied housing, lounges, off-campus office space and the Zeta Psi Fraternity house.

As the Office of Residence Life looked to house all first-year students in first-year only communities as part of the Connected Communities program and needed more space, the college reached out to the Zeta Psi housing corporation about their recently vacated house on campus.

Last year, members of the Zeta Psi fraternity were forbidden from occupying the house as a result of the fraternity’s suspension due to an incident in Aug. 2013, Diorio said. They are not recognized as a fraternity on campus but will resume status as a fraternity with the ability to recruit in fall of 2018.

“[Zeta Psi] agreed to let us use the house for one year because they wanted to help the college,”Vice President of Campus Life Annette Diorio said. “And we agreed to take on some expenses in that year…such as heating and cooling.”

The agreement between the college and the Zeta Psi Housing Corporation was in no way contingent upon anything related to their sanction that resulted in their suspension, according to Diorio. There has been no change in the sanction with the agreement, the details of which Diorio did not disclose because they involved the fraternity’s employees, she said.

President of the Zeta Psi Housing Corporation on campus Kevin Canavan‘76 and other alumni of Zeta Psi involved in this discussion were unavailable for comment. Only one year of occupancy has been agreed upon.

Rooms typically reserved as lounges in Ruef Hall have also been modified to accommodate students. The last time they were used as living rooms was three years ago, according to Diorio.

The Office of Residence made on-campus apartments usually reserved for staff, called resident staff apartments such as that in Kirby House, and extra off-campus housing available for students who participated in the housing lottery.

“These are places that were scheduled to be transitioned out and were not occupied by staff,”Director of Residence Life Grace Reynolds said.

Off-campus office spaces, such as the college owned houses on Parsons Street and a house on Hamilton Street in use by the art department, which had previously been used for residences, were also converted back to student housing. Some of these staff offices were moved to Marquis Hall’s newly renovated basement.

The Office of Residence Life and other offices involved in deciding how students are housed are however not yet at the stage of discussing the housing situation for the upcoming year.

Incorrect. The college knocked 1 year off Zete’s suspension they are eligible to return fall of 2017 now and possibly recruit next year.

whats your source? how do you know?