Leopards look to rebuild and improve on 5-6 season

After winning the Patriot League in 2013, the Leopards had a mediocre follow-up in the 2014 season, ending the season at 5-6 and third in the league. The team will look to improve upon their record and return to the top of the Patriot League when they open the season Saturday at home against William and Mary.

Entering his 29th season with the team and 16th at the helm, head coach Frank Tavani will have to rely on an experienced defensive corps and find ways to replenish an offense depleted by graduation.

The most immediate question for the Leopards is who will replace towering offensive production of Ross Scheuerman, who’s 1,868 total yards were sixth best in the nation.

“You don’t just fill that with one guy right away,”Tavani said. “Somebody develops into that. We’ve got at least three-four guys to fulfill that role.”

Look for tailbacks DeSean Brown ’18 and Kyle Mayfield ’17 to carry that load initially, with Deuce Gruden’16 also vying for a chance to contribute.

Tavani also has confidence in his contingent of receivers. Matt Mrazek‘18 and Tim Vangelas‘17 are the key returners here, with Rocco Palumbo ’18, also having the chance to step into an even larger role following a freshman season in which he played in 10 games but only had 8 catches.

In front of whichever quarterback Tavani choses to send out there will be an a very young offensive line starting two true freshmen in Tanner Kern and Kevin Zatavaski, brother of Nick Zatavaski‘16. Had Nick not been battling an injury, the two Zatavaski brothers would have started at right guard and right tackle, according to Tavani. The only returning starting lineman is Connor Staudle‘17.

“[We have] enough skill there,”Tavani said. “We just have to keep piecing this thing together and grow particularly as an offense. There will be some growing pains of course.”

The other question that the Leopards must tackle is who will be their go-to for quarterback. Following a season plagued by injuries, junior quarterbacks Drew Reed and Blake Searfoss are both back and at 100 percent according to Tavani.

Both have been taking reps at practice. Reed has more game experience, but Tavani remains tight-lipped about his final decision leading up to the opener against the Tribe.

The Leopards will need to rely heavily on a defense that is returning eight of 11 starters. If the defense can keep the team in games until the offensive questions are ironed out, the Leopards have the chance to have a solid season.

“We’re going to have to rely on the defense,”Tavani said. “That’s where we have the most experience, the most depth we’ve had.”

Their first test will be against a tough William and Mary squad. Lafayette and W&M have only played 3 games against each other all time, with W&M taking the last two. Averaging over 200 rushing yards in the two games they one over Lafayette, the Tribe has a tough offensive line that is returning every starter and a big running back that will give Lafayette’s defense their first challenge of the 2015-2016 season.

“[They are an] outstanding school like ourselves where academics come first,”Tavani said. “We recruit the same types of student athletes. Very competitive and one of the toughest football programs in the Colonial Athletic League which is arguably the strongest FCS conference in the country.”

Lafayette follows up William and Mary with yet another demanding match up against a CAA team when they travel to Delaware the next week.

“We’re not playing any slouches opening up I can guarantee it…You got to play these teams. You want to say you’re the best …you have to line up to play these people. We’re ready for the challenge,”Tavani said.

Some fresh faces that could have early impact for Lafayette include wide receiver Joey Chenoweth, defensive back Jerry Powe, Ryan Bissell who should kick in the first game, Kaiser Butler on kickoff return and secondary. These freshman players headline what looks to be an impressive freshman class.

One face that will be missing when the Leopards step on the field Saturday will be that of Brian Keller ‘16 who passed away from injuries sustained in a car accident over the summer.

The team has lost what Keller’s teammate Dan Dellovade‘16 called the sparkplug who brought an unparalleled passion for the game.

“Football is a difficult game to play and it gets really tiring and grueling. I think when we’re feeling down it helps to think about Brian and know how bad he would want to be there,”Bobby DePietro‘16 said.

Keller will be honored before the game, and his mother, father and sister will join captains Mark Dodd ’16 and DePietro’16 for the coin toss. Honoring his memory will be a constant throughout the season however.

“Coach always says,‘It’s not win for him, it’s win with his spirit and everything he did.’ He was probably the hardest working guy on our team,”Keller’s linemate Nick Zataveski‘16 said.

A Captain America-themed helmet sticker honoring Keller will join ones honoring Lafayette greats Tom Kirchhoff ‘92 and Joe Bozik‘58 who passed away within a day of each other earlier in the year. 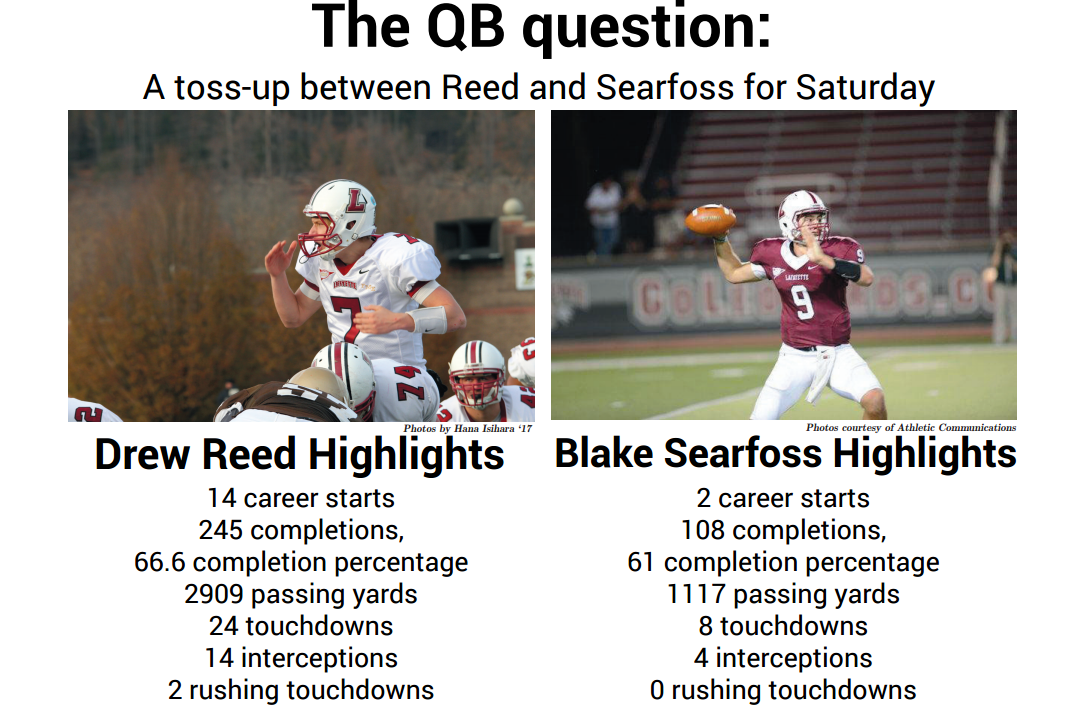