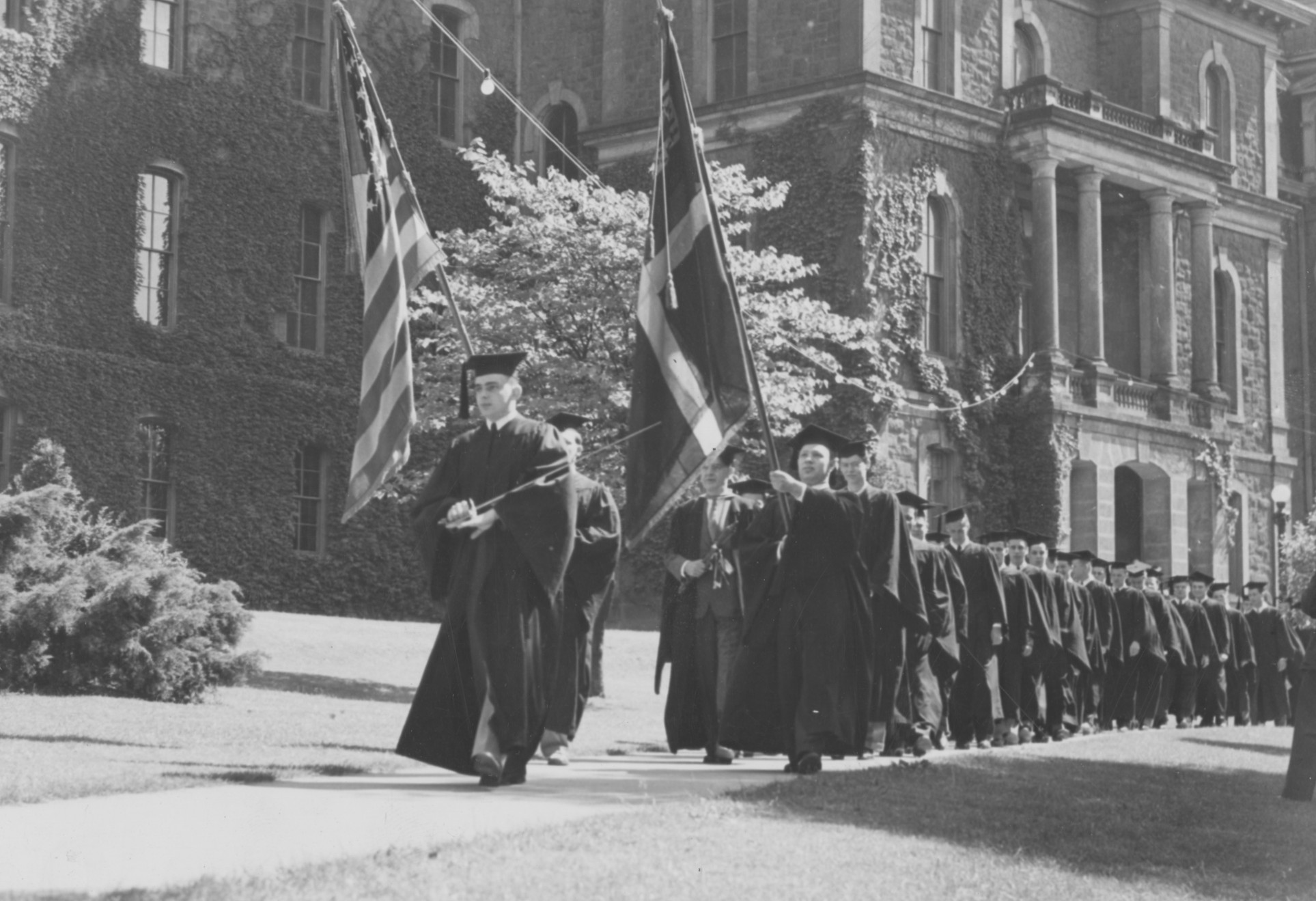 A trip down memory lane of graduations past

Lafayette will conduct its historic 180th Commencement Exercises on May 23, a ceremony rife with significance and tradition. As Lafayette has grown and changed, so too has this ceremony and the traditions surrounding it, from the bizarre and the irreverent to the historic and significant.

Back in 1881, when the graduating class was all-male and numbered only 57, there was an entire week of festivities surrounding the commencement filled with some of the most memorable traditions in the college’s history. The baccalaureate, for example, was a mandatory Christian service, in which prayers were said and psalms were read, as opposed to the non-denominational service held in today’s Lafayette.

The students of yesteryear also had their share of fun traditions, such as the “Crematio Calculi,” or the Cremation of Calculus, held on the Monday of graduation week. According to the July 1881 edition of The Lafayette Journal (the former name for The Lafayette), students would place the subject of Calculus on trial, complete with a prosecution and jury, convict it, burn their textbooks in effigy and delivered a eulogy for the departed subject. This ceremony, a celebration of leaving behind the world of academics and entering one in which they would not need to study it again, was an entirely student-run event which students from all classes, not just the seniors, attended.

Friendly student-run athletic competitions were commonplace for the commencement week, with baseball, sack-racing and pole-vaulting being particularly popular.

Differing traditions are not solely the realm of the 1800s, though. During the 1960s and 1970s, when the Vietnam War protests were reaching their height, many students would attach large white peace symbols on their mortarboards.

The inclusion of the Marquis de Lafayette’s sword in the graduation proceedings is not as recent an addition as some may think. The sword led the procession of students on graduation day as early as 1940. The precious artifact was retired for a time before being brought back to prominence in recent ceremonies.

The arrival of women in the college in 1970 mandated some changes to the graduation formula, and it would only be a matter of time until, in 1977, Lafayette crowned it’s first female winner of the prestigious Pepper Prize (Catherine Patterson ’77).

The class of 2015 will be living their own traditions, which shall enter the historic record in the Lafayette archive with the rest. As the ceremony, and the classes participating in them, grow and change, so too will the great traditions of this college, and the community that supports them.