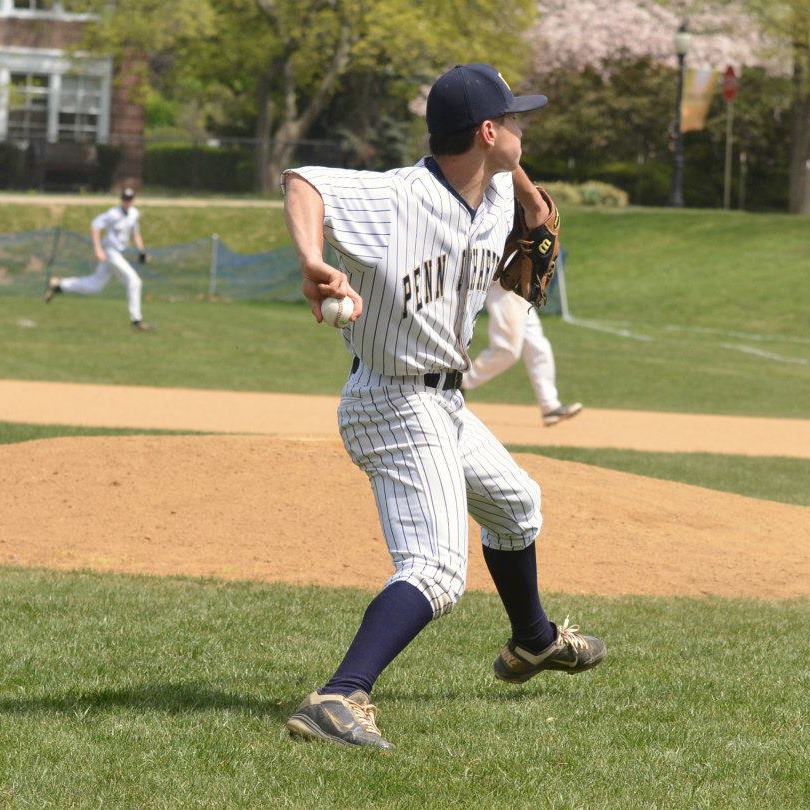 AN: Take me through a typical in-season day.

SC: I normally have class until noon, get lunch at Farinon, and then have batting practice at one. After that, we take 20 minutes to relax in the locker room and then go back to the field to warm up before game time.

SC: I played football throughout high school and basketball when I was a kid.

AN: When did you start playing baseball and how did you know it was right for you?

SC: I started when I was 6 or 7 years old with tee ball and then moved on to little league.

AN: Who has been the most influential figure throughout your baseball career?

SC: Definitely my dad. He’s always been there for support and has pushed me to get better.

AN: What is the team doing to prepare for the upcoming Patriot League playoffs?

SC: Our biggest thing is to stay consistent. We need to keep doing what we’ve been doing all year and take it one pitch at a time.

AN: How has the team morale been recently?

SC: From what I’ve heard it’s better than recent years. We’ve done a really good job exhibiting confidence on and off of the field during practice and games. There have been great vibes in the locker room lately.

SC: I got recruited by Maryland during my sophomore year and then looked at by Lafayette, Lehigh and Bucknell. As time went on, I lost connection with the other three schools and Lafayette ended up being my only offer.

AN: Were there any surprises that came with being a college athlete?

SC: The speed of the game. It’s much faster than high school play; I was originally caught off guard in my first game. The pitching is much faster and controlled and the overall strength is greater. It makes for a quicker dynamic and pace of game.

AN: What was your best important learning experience that occurred this season?

SC: There are a lot more games in the season that high school so I learned that you have to move on after making a mistake, because there will be plenty more opportunities to prove yourself. It helped my baseball mentality, because I developed the ability to continuously focus on the next play.

AN: What aspect of your game have you been working on most recently?

SC: Probably the mental aspect of the game. I’ve been working on staying focused and staying within my role. Plus nine innings is a long time, so you have to keep a good mindset throughout the whole game.

AN: What’s your most memorable baseball moment?

SC: Winning the League Championship during my senior year of high school.

AN: Who on the team deserves a shout-out for their performance this season?

SC: The pitchers, they’ve all performed well and have done a great job keeping us in the game. Dave Bednar and Quentin Bubb for keeping up the energy in the dugout.

SC: I have a specific playlist I listen to before every game.