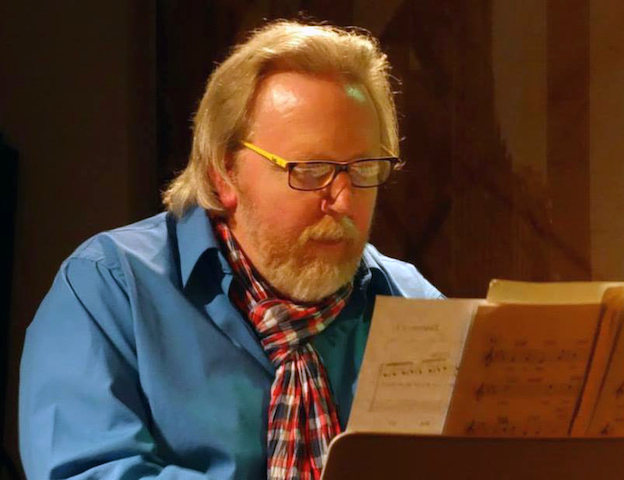 His mother’s determination and his father’s musical talents shaped him, jazz pianist Skip Wilkins said. As a young child, Wilkins watched his father perform, and would try his best to emulate him. He carried around his father’s drums. He performed onstage for the first time at the age of five.

Since then, Wilkins has grown as a pianist. He has performed thousands of shows all over Europe and America. As the Associate Professor of Music Theory at Lafayette College, Wilkins spends the academic year teaching Music Theory and Jazz Studies. However, he spends the interim and summer months touring throughout central Europe.

“I’m somebody who’s halfway between the street and the academy,” Wilkins said. “I have academic degrees, but I have street smarts and skills and practical knowledge.”

Instead of teaching courses about abstract concepts, Wilkins chooses to incorporate the ways in which actual musicians work.

“If I’m teaching a theory class, we’re actually learning to think about music in a way that leads to some important development of skills,” Wilkins said.

Wilkins’ professional experience in Europe has translated well to Lafayette, both on the stage and in the classroom.

“The European tours are not only great for him, but great for the department, and the college, as well,” Department Head and Professor of Music Larry Stockton said.

Wilkins performed Tuesday with bass player František Uhlíř and drummer Jaromír Helešic in a faculty recital. The three musicians are members of TRIO WUH, and were joined by National Endowment for the Arts Jazz Master Phil Woods for a few selections.

Wilkins met Uhlíř and Helešic when he was on sabbatical from 2011 to 2012. The trio started their career together playing a small gig in a restaurant in Prague. There was one customer during their second set, and none during the first or third.

The next morning, Wilkins got a call asking if he could leave Prague at noon to play at one of the top clubs in Germany. He and Uhlíř would fill in for a pianist and drummer who had gotten sick and couldn’t make the show.

“The day after…we had a name,” Wilkins said. “It happened like that and, since then, more than 130 concerts in Europe.”

At the time, that performance was incredibly significant for Wilkins. However, he wouldn’t consider it the greatest performance of his life.

“You know what the most important concert I’ve ever given was?” Wilkins said. “It’s the one I’m doing right now, and then if you ask me the next time I’ll say that one.”

While he cannot pinpoint a single performance that was the most significant, any performances with his two children, who are also professional musicians, are particularly meaningful to Wilkins.

Just as he received influence from his father growing up, Wilkins influenced his own children, Emily and Daniel. Emily is a high school choir director and Daniel is a professional saxophonist who has played at the Williams Center Stage many times.

Recently, Wilkins has added Director of the Jazz Ensemble to his long list of commitments, taking on the position after Rick Chamberlain passed away last month.

“He’s just so passionate about the music, and also about the band, each individual player,” Cara Abecunas ’17 said. “He understands that everyone has a significant contribution to the entire sound.”

Wilkins has been able to take his ample professional experience to the classroom, influencing the students, faculty and audience members.

“You just have to provide the space for [students] to do it, make them want to do it, and take their own energy that they already bring,” Wilkins said. “It’s a combination of motivating, but also harnessing and riding their wave. A combination or yours and theirs. It blends.”

Skip:
Your two shows this week were phenomenal. I think the Jazz show was the best I attended in the past four years at the college. I have become friends with Peter Taggart and his family and was so glad that he did a solo. Peter is a natural to say the least and Ken Brader said he is the best drummer he has ever seen perform in his lifetime. I hope Peter will be invited back at the college as a guest performer.
Your show with your two friends was fantastic. I really enjoyed chatting with them both after the performance – such great people. I was mesmerized watching your fingers glide over those keys. What a talented musician you are!! You can no doubt play with your eyes closed.
Wish you a wonderful summer performing with your great friends.