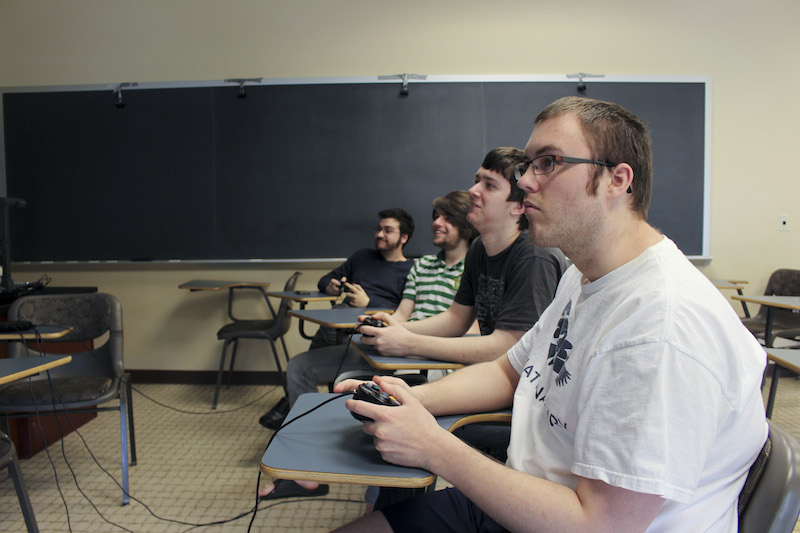 Some students may have been wondering why a Pac man arcade game and an air hockey table were in Farinon.

This week marked the second annual Geek Week at Lafayette. Events covered a wide range of geeky interests, including a Marvel and DC comic book artist, a session on how to write code for apps and a board game night.

“Geek week is a chance to provide programming for some of the smaller groups on campus,” said Shyla Watson ‘15, who spearheaded an LAF committee who planned Geek Week.

J.J. Wanda ‘16, who is a member of the computer science club, helped organize a Super Smash Bros. tournament on Tuesday night and the Hour of Code on Wednesday. He wanted to make coding more accessible to people and let them know that “coding’s not as intimidating as it may seem.”

All of these events are designed to interest people who “frequently don’t put themselves out there,” said Michael Schulman ‘16, founder of the Tabletop and Roleplaying Appreciation Programs special interest floor.

“It’s important that people know we’re here,” said Schulman, and that these activities are “not just for shy, awkward people.”

The turnout at events this year has been slightly better than last year, and they hope to continue this trend into next semester.

“So far, so good,” said Watson, but the more of Geek Week is yet to come. Tonight’s trivia in Lower promises difficult questions about an assortment of fandoms—“Doctor Who,” “The Hobbit,” “Game of Thrones,” “Harry Potter,” and many more. There will be tabletop role-playing games on Saturday and Sunday and a trip to the opening of the “Avengers” movie for the 150 people who got tickets.

“This is a good chance to allow the campus to be in tune to new things,” Watson said. “And people should know that it’s around and have that opportunity.”