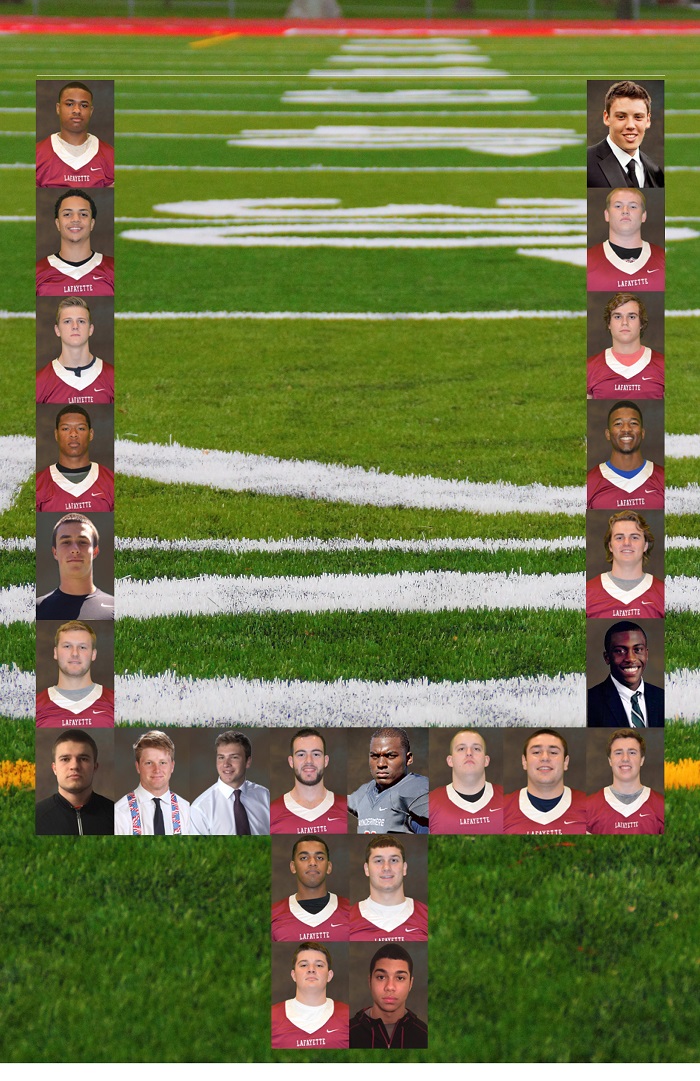 Football team inks 24 scholarship players for the class of ‘19

During the fall, the Lafayette football is focused on one thing: winning the Patriot League Championship. But for the rest of the school year, the team personnel are on a hunt for talent.

Unlike the regular season, which ends in November, the recruiting season is never over.

The outlook for recruiting changed three years ago when the football team was given the right to offer athletic scholarships.

“Scholarships have changed the whole landscape of our recruiting in terms of the calendar,” Tavani said. “It probably pushed the calendar back six or nine months.”

But more so than just a timeline, scholarships have changed the face of the recruiting process.

“You see a lot more [kids from] middle America,” Tavani said. “It has definitely expanded who we see in this office.”

Before the addition of scholarships, student-athletes that chose to play football here could be recruited, but were left to pay full tuition or apply for school based financial aid. Now, the only conference in Division I that does not give athletic scholarships is the Ivy League.

According to Tavani, scholarships given to students by schools other than the Ivy League colleges level the playing field.

“Scholarships give us the opportunity to recruit young men that we would not have the chance to recruit otherwise,” Tavani said. “Normally, some of our players would have been at Harvard, Princeton or Yale. That’s the difference. [Now] we are able to really be competitive because we were not competitive with the Ivy’s with financial aid.”

This class of 2019 will consist of 24 players in all, 12 offensive, 11 defensive and one special teamer. Despite the team’s success in the past few seasons, including a Patriot League Championship in 2013, Tavani said part of the appeal is the college.

“It’s a real credit to Lafayette College and everything about our school, your school,” Tavani said. “They [people] come and they see the place and they’ve done their homework, they know how good of school this is academically. Then kids look at our football program and they’re blown away. This is the finest facility in the country.”

The incoming class will have some holes to fill. Tavani said Jacob Bissel, a kicker out of Allentown, Pa., is one of the most notable offseason acquisitions.

“He was by far one of the best kickers I’ve seen all year long…best kicker in the state,” Tavani said. “We are really looking forward to that, because that [kicking] was a real weakness of ours last year. We lost at least two, three games because of it.”

Along with Bissel, some of the notable members of this recruiting class are Mike Lewis, a quarterback from Palmyra, Pa., and Dante Lonardo, a strong side defensive end. The Leopards will also welcome three offensive lineman, a position that Tavani specified as one that needed improvement.

“We need one more year [of recruits] to round out the O-line,” Tavani said. “I want to see ten scholarship offensive lineman. That will be these guys and then three more in the next class. That’s the one spot we left a little thinner than I’d like.”

Tavani said it takes almost two years to judge the success of a recruiting season, so only time will tell what their achievements will be.