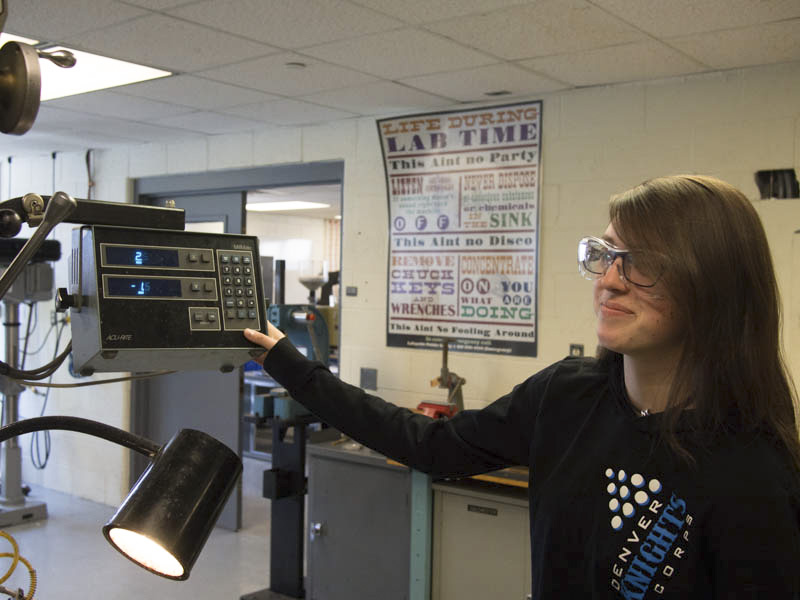 A new study shows underrepresented of women in engineering

In an era with increased emphasis on STEM education and women in the workforce, recent findings by the American Association of University Women show stagnated progress in these two initiatives.

In 2013, only 26 percent of computing professionals were women, according to a study by the AAUW. Thirty years ago the percentage was much higher. The study also found that women in engineering are even less well represented representing only 12 percent of the field in 2013.

Women’s pursuit of degrees in computer science and engineering dropped suddenly and significantly in the 1980s. NPR’s Planet Money reported that this most likely had much to do with the way in which personal computers were initially advertised. Only capable of simple word processing and games, personal computers were marketed as toys for young boys, cultivating the face of techie culture—the geeky gamer boy.

Upon entering an introductory course at the collegiate level in the past, professors assumed that all of their students had had the opportunity to get comfortable with the ins and outs of computers and understand basic code, according to the NPR article. Not having had computers marketed to their gender, freshmen women were less likely to have owned one and less likely to have had any hands on experience with one.

Behind before they even began, many women dropped out within the first two years of school.

Today, this isn’t the case. Computers are tools that individuals of both genders use on a daily basis, yet thesefields still struggle to keep up their female student retention rates. After speaking with several women in engineering here at Lafayette, it became clear.

Discrimination in the classroom is no longer the issue. The problem women face is in the workplace. Civil Engineer Andrea Jacobs‘16 shared numerous examples of gender discrimination and evidence of a “boys’club”at her engineering internship.

At one point this past summer, for example,she said a male employee warned Jacobs not to be a “naggy bitch”like one of his female counterparts. Jacobs was unsure how to respond.

She did not want to be excluded from this “club,” but she did not approve of this unfair characterization of her fellow female co-worker. This “stereotype threat”—the fear of confirming a negative stereotype about one’s own group—has been found to cause a decrease in sense of belonging and consequently, a decrease in interest in fields of mathematics and science.

When asked what kind of advice she would give her female students at graduation to prepare them for their entrance into a male-dominated workforce, Biomedical Engineering Professor Lauren Anderson said, “Always be yourself and be confident in yourself. Men and women have different perspectives and different experiences to bring to the table. Such diversity is always beneficial to problem solving.”

View all posts by Katria Tomko →