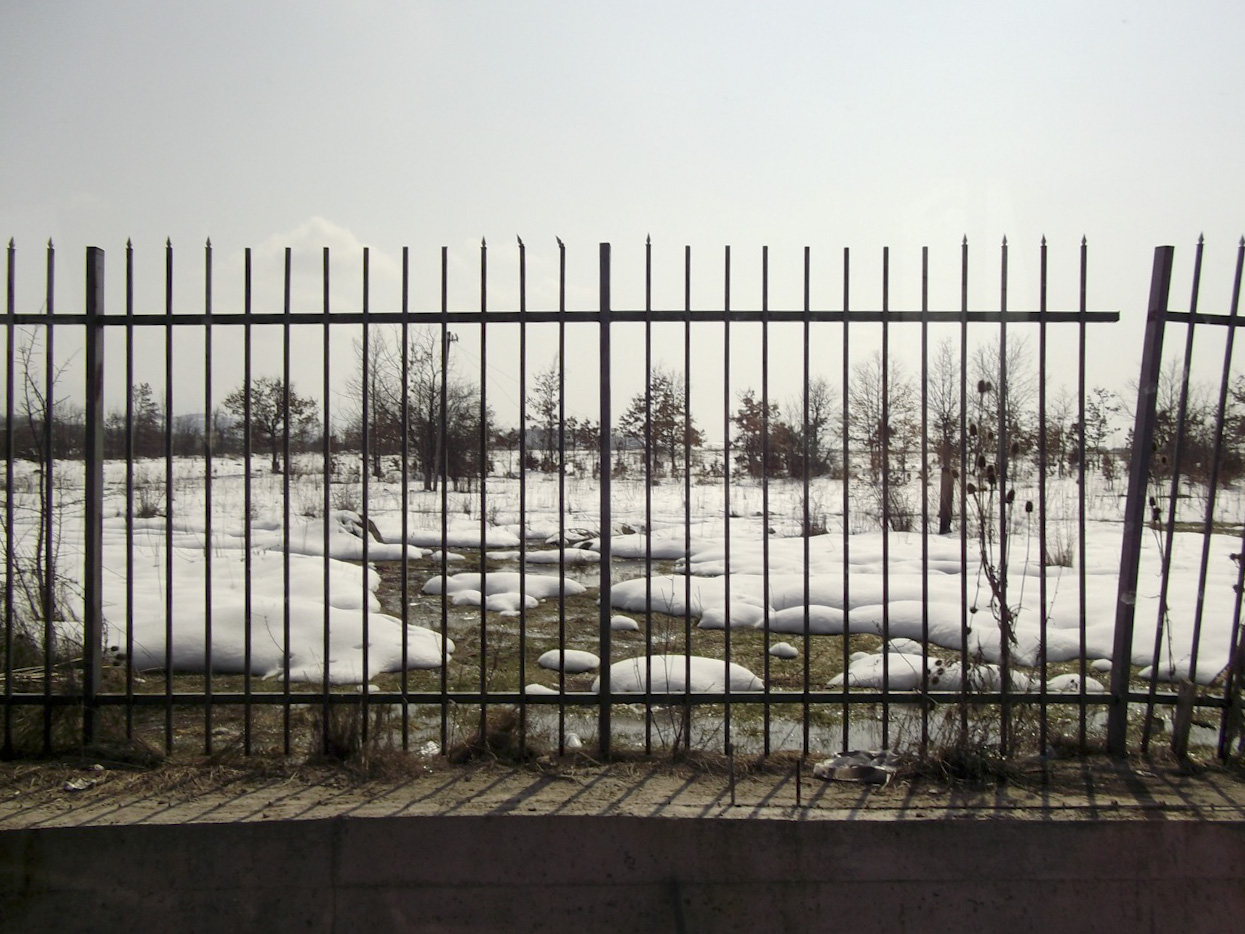 A photo taken by Jeff Wheeler ‘16 of the bleak, nondescript boundary between Serbia and Kosovo []

A Lafayette student details his experience abroad in Kosovo

The bus stops. An official wearing a blue hat gets on to collect our passports. He leaves and we wait maybe ten minutes before he brings them back. The bus then grumbles to life and crawls forward about fifty meters before it stops again.

I haven’t even finished flipping through my passport in search of a new stamp when another official, wearing a red hat, is suddenly there holding out his hand for our documents. Again we wait. When the passports are once more returned, we are free to head out over the snowy wasteland. Despite this ordeal, there’s not even a stamp to show for it.

This is what entering Kosovo is like. Border control is always a tedious process, but it never has seemed so redundant. The first stop was an “administrative checkpoint” established by the Serbian government. The second was the actual “border crossing” as claimed by Kosovo. If this sounds convoluted, it should. The problem here is that Kosovo declared independence from Serbia in 2008, but Serbia still refuses to acknowledge Kosovo as its own independent state.

Even for an American studying abroad, this disagreement has huge implications. Next week my comrades and I will be interviewed by the Serbian police as part of our visa application process. Our program director advised us not to mention this academic trip to Kosovo, because—in a state still riddled with corruption—you don’t want to risk displeasing the guy who decides if you get to stay.

Like most Americans, I’ve always thought of Europe, especially the western part, as a very stable place: ideal for tourism, but not so much for studying political turmoil. Could the eastern half be all that different? Once I chose to go to Serbia, I assured my friends that the former Yugoslavia was perfectly safe, that the conflicts of the 1990s were over.

It turns out they aren’t. Not quite. Nationalism and conflicting interpretations of history mean certain topics are still raw in southeast Europe. The Kosovo debate, for example.

While study abroad has indeed been the adventure many of us at Lafayette have made it out to be, I’ve realized that participating in a program like S.I.T. Balkans is also a political statement of sorts. Sometimes the places where we choose to study and the topics we choose to study there are our way of saying, ‘There is still some truth to be uncovered here—let’s not close the history books just yet.’ Turns out, some people don’t like it when students and professors do this. Digging into an unfinished past is, therefore, a very delicate procedure.

Not only this, but I’ve also learned that Europe isn’t such a safe haven from political and territorial disputes after all. And it’s not just Kosovo. You can read about Scotland and Catalonia, about Crimea and Transnistria. Europe is a profoundly political place. Studying here can be more than just an adventure: it can also be your way of playing a small part in those politics.