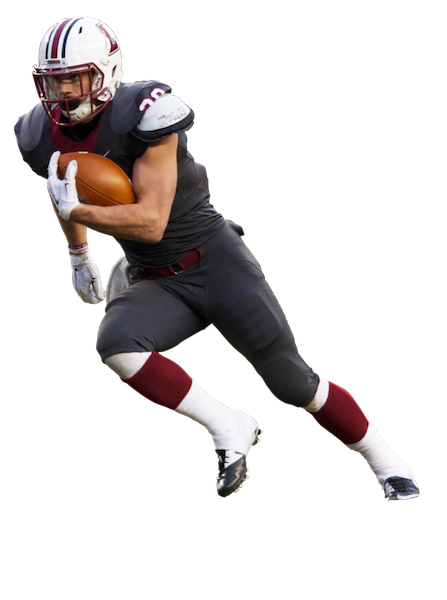 The NFL Combine has been a stage that many college prospects have seen their draft stock rise and fall. NFL scouts gather each year at the RCA Dome in Indianapolis each year to analyze student-athletes from head to toe.

Some have come to the combine only to see there draft stock fall. LSU cornerback Morris Claiborne scored a four on the Wonderlic test (aptitude test), the lowest score ever recorded. After that, NFL were questioning if he was even smart enough to be able to play in the NFL. On the opposite end of the spectrum, Terron Armstead, a little known offensive tackle from Arkansas Pine-Bluff, turned heads with a record setting 40-yard dash time with 4.62 seconds in 2013.

This past weekend, Lafayette tailback Ross Scheuerman saw his draft stock rise like Armstead’s, at the NFL combine. Scheuerman’s 20 and 60-yard shuttle times ranked among the best of running backs. He ran a 4.11 second 20-yard shuttle and a 11.40 second 60-yard shuttle. In addition to these two events, Scheuerman participated in the 40-yard dash, bench press, vertical and broad jump.

“Overall I was happy with my performance,” Scheuerman said. “My 40 time [40-yard dash] has been lower, but I’ll get another shot at it on pro day.”

Besides what you can see on T.V. or online, the days leading up to the combine drills are filled with constant physical examinations. Scheuerman said that each day starts at 5 a.m. and ends at around 10 p.m.

“[What people see] that’s only a slim margin of the whole process,” Scheuerman said. “The days prior have a lot of medical examinations, even taking a lot of psychology test. They take x- rays of pretty much your whole body, especially if you’ve had injuries throughout your career, then they key on those spots. For some guys its brutal…they even have to get MRIs. There are meetings with teams and coaches every night. Mentally there are a lot of stressful things prior to the on field workouts.”

But as much of an opportunity it is to showcase talent, the NFL combine is also a learning experience for many players.

“I think I was a step ahead [of the learning process], having played in the [NLFPA] all-star game,” Scheuerman said. “I kind of knew what the process was about and I knew I could compete with those guys and be right there with them. Just meeting the teams and getting a feel for how they feel about you was a good learning experience.”

The combine is always filled with plenty of physical talent that trumps you average Joe at Kirby Sports Center. This year, University of Connecticut cornerback Byron Jones broke not only the combine, but the world record for the broad jump, leaping 12’3’’.

“Some of those guys are [athletic] freaks,” Scheuerman said.

Quarterbacks Marcus Mariota and Jameis Winston from Oregon and Florida State highlighted this year’s combine. In light of the action, Scheuerman was able to sit down with Mariota, the 2015 Heisman Trophy winner.

“I was able to eat dinner with Mariota the first night there,” Scheuerman said. “He sat at the table with me and we were able to talk. It was a pretty surreal moment.”

Scheuerman will hold his pro day at Lafayette on Mar. 20, where he will again be able to showcase his skills for most of the NFL. Teams that will be in attendance will include the Philadelphia Eagles and reigning NFC champions, the Seattle Seahawks. According to Scheuerman, the Seahawks will be working him out primarily as a slot wide receiver.

After that, he will have the opportunity to be the first Leopard to play in the NFL since Blake Costanzo in 2007. But until draft night, Scheuerman will be able to reflect on and cherish this past weekend.

“Overall just being in that atmosphere with the best football players in the nation…it’s pretty cool that a lot of teams thought that I was right there with those guys,” Scheuerman said. “I think that that was the coolest part for me.”