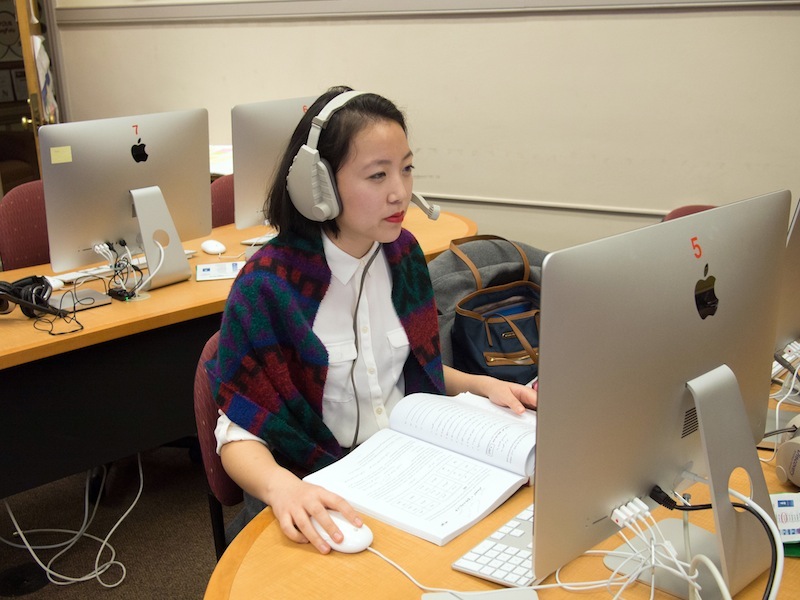 Total enrollments in foreign language courses at US colleges and universities have been declining over the last few years, according to a report published by the Modern Language Association on Feb. 11.

The report, which gathered data from two and four-year institutions, as well as graduate schools, found that there has been a significant decrease in the study of commonly taught languages at the collegiate level. While Spanish remains the most studied language, for example, the MLA reports that Spanish enrollments have fallen for the first time in the history of the survey, dropping by 8.2 percent overall.

While fewer total students may be enrolling in foreign language courses, those who study languages are going further than ever to become proficient. The number of bachelor’s degrees in the less commonly taught languages rose along with enrollment in 2013, according to the US Department of Education.

The decrease in foreign language enrollment, particularly traditional European-based languages, may be part of a larger trend of students moving away from the humanities, according to Rosemary G. Feal, executive director of the MLA. A result of the recession has been a turn toward more career-oriented subjects, leaving less time for the study of foreign languages at the collegiate level.

This, however, may not be the case for a liberal arts school like Lafayette.

Citing the addition of a second Chinese professor in the last year as an example, Dubischar said, “If we look at how many people stayed in her classes at the end of the fall semester, that number went up. That’s not because of a big national trend. That’s because of the person.”

Structural changes to the curriculum may also help explain why enrollment in foreign language courses at Lafayette has not declined with the national trend. The implementation of the common core in 2012 required that all students complete elementary proficiency in a second language, according to the college’s course catalogue. These structural changes have led to a higher retention rate in the foreign languages, not only from the fall semester to the spring, but often extending past a year of study, Dubischar said.

Another factor separating Lafayette from the national survey, according to an email from Department Head Sidney Donnell, might be Lafayette’s privileged status as a private four-year institution. Lafayette currently offers classes in seven modern languages, including Chinese, French, German, Hebrew, Japanese, Russian and Spanish, as well as Greek and Latin.

The college additionally provides resources to students who wish to study languages not offered. Arabic, for example, is offered to students through a guided independent study. Other Patriot League institutions, like Lehigh University, offer similar language programs, while a two year institution like Northhampton Community College, offers courses only in Spanish, French and Chinese.

The biggest key to success for Lafayette, according to Dubischar, is that a majority of students studying foreign language are double majors. This means that students can continue to study career-oriented subjects, while also using a foreign language to make themselves more marketable to future employers.

“If you combine a language major with sort of a career major, an IA or an engineering major or an Econ major, that’s a really powerful combination,” Dubischar said.