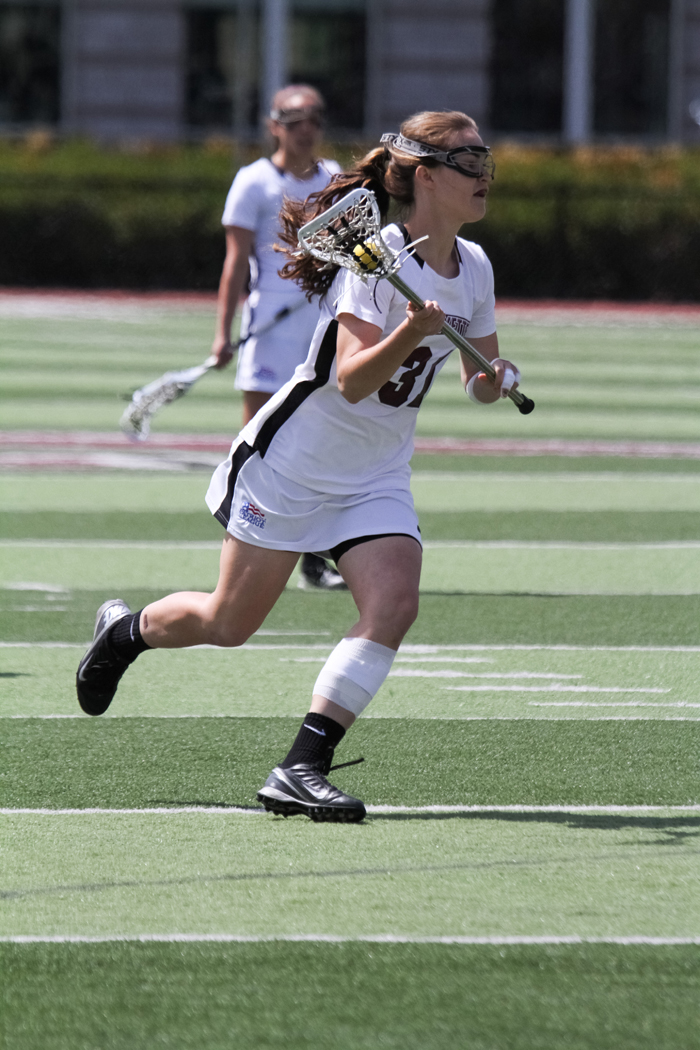 After last year’s 7-10 finish, the women hope to bounce back this season.

The women’s lacrosse team has been the epitome of mediocrity for the past three seasons, going 9-8, 9-9, and 7-10. This year, captain Laura Rowan ‘16 thinks that can change.

“Our goals for this season are certainly to progress from last year and have a run in the Patriot League Tournament,” Rowan said. “This goal starts from the very first game, so we want to come out strong and end with a winning record.”

After named captain, Rowan feels that she has a big role to fill to help lead the team.

“Being an upperclassman and captain I want to be able to fill these shoes in the best possible way for my team to be successful,” Rowan said.

Those shoes were vacated by a departing class that featured quite a bit of key contributors Laura Kleiber ‘14 and Ana White ‘14, who accounted for nearly half of the team’s goals last season; Kleiber had 48 and White had 35. Although it is certainly a huge role to fill, Rowan firmly believes that they can get the job done.

“We certainly lost a strong senior class that has left us with a young team, but this group of girls are equally talented and focused on accomplishing our goals for this year and I have no doubt that we will be able to step up and fill the gap,” Rowan said.

Some players that Coach Fisher will look to fill the gap are sophomores Kirsten Wilhemsen and Amanda Case, and junior Charlotte Avallone. Wilhemsen and Case, who were both standout freshmen last year, netted 36 and 25 goals respectively in 17 games. Avallone scored 20 goals in only 14 games played. Other players that Coach Fisher can look to can be found in the freshmen class. This year’s incoming class features 12 players and so far Rowan likes what she sees out of them.

“They are definitely a talented and dedicated bunch that will have the opportunity to see time on the field this year,” Rowan said.

Another crucial hole that the team has to fill is at the goalkeeping position. Meghan Curtin ‘14 was the goalkeeper for the past two seasons, but after graduating has left an opening in net. With only two goalkeepers on the roster and both being freshmen, it will be interesting to see how Coach Fisher handles the situation throughout the season.

This team has the capability to break the string of near .500 finishes the past few seasons. Even though the senior class from last year featured key players, the team has enough firepower to fill those holes. The women’s lacrosse team plays their first game Saturday, Feb. 14 at Monmouth University, while their home opener takes place at on Tuesday, Feb. 17 against the University of Delaware under the lights at 7 p.m.