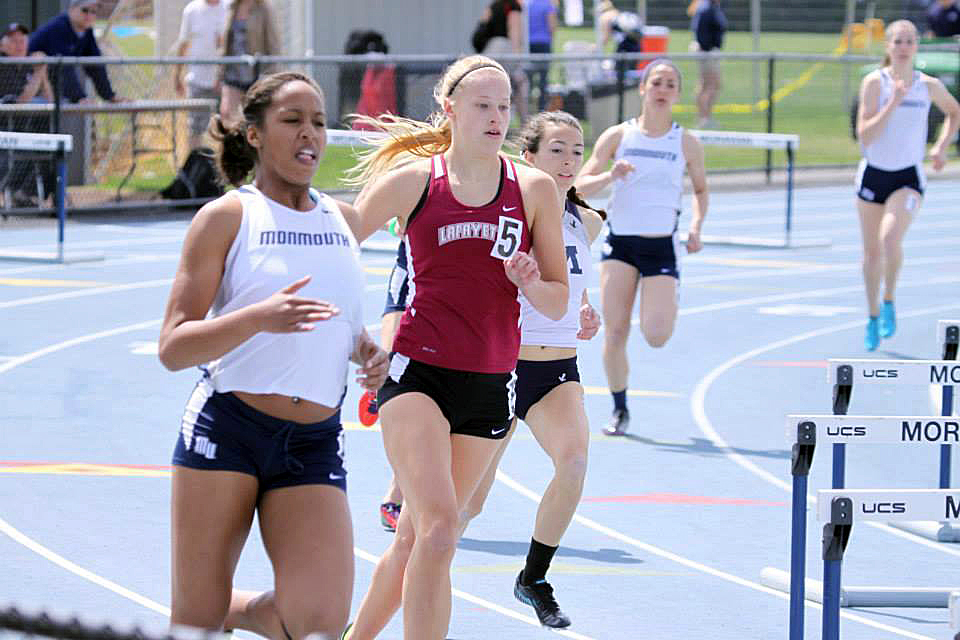 Adam Nussbaum: What is the hardest part about running the hurdles?

Tessa Broholm: Not being afraid of the hurdle is the first part. After that, it’s deciding what leg you want to lead with and how many strides to take in between hurdles.

AN: When did you start running track and how did it take for you to know that it was right for you?

TB: I started running track in sixth grade and I’ve always been fast, so I put the two together. I knew I was good at it when I started beating boys in middle school.

AN: Who has been the most influential figure throughout your track career?

TB: My high school coach was a really big part of track for me because he pushed people to their limits, but understood at the same time. He was motivating and wanted to get every bit of success out of every member of the team.

TB: It was talking to coaches, visiting schoolsand seeing facilities. A large range of schools recruited me; some state schools, small Division III schools and Lafayette. It was the only Patriot League school that I looked at.

AN: What are you doing to prepare for the upcoming Patriot League Championship?

TB: We have a light week of practice to help us recover and one meet beforehand. It’s been a lot of mental preparation and visualizing myself competing.

TB: Everybody does, but specifically Haley Langton. She always gives it her all and has consistently performed well. Also Devin Smith. She’s competed very well this seasonand is an influential figure in the locker room. She pushes everyone else to do well.

AN: Chad Ochocinco and Metta World Peace are known for changing their names. If you were to change your name for the sport, what would you change it to?