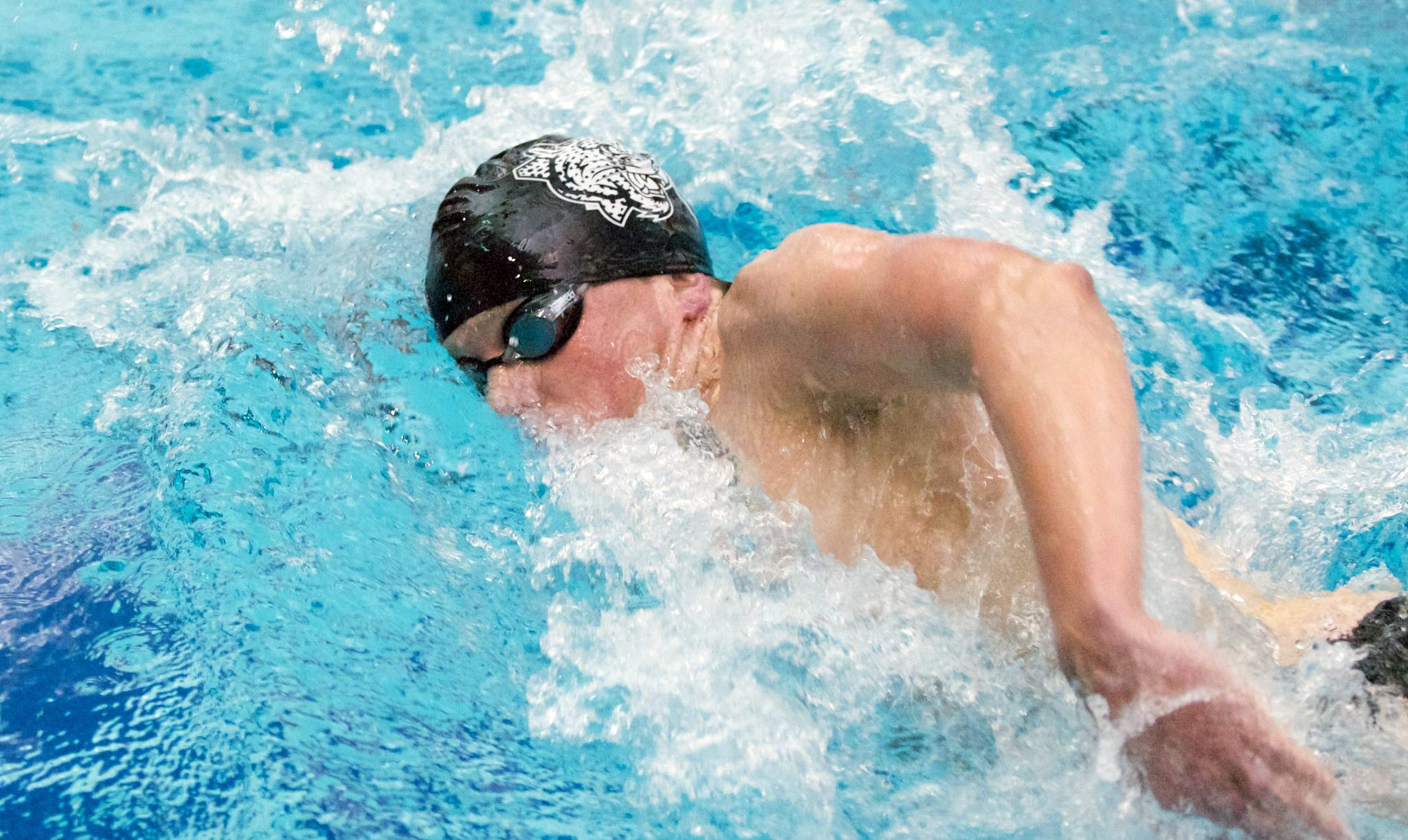 Junior Rob Pollastro swimming the freestyle stroke during a meet.

Rob Pollastro: Everything about it is painful. The training is tough and the best part—beating your personal best times—is incredibly painful and hard to obtain.

AN: What other sports have you played?

RP: I played lacrosse in high school, but stopped once I got to college.

AN: When did you start swimming and how did you know it was right for you?

RP: I started when I was eight and I swam club until the age of twelve. I quit for three years and found it again in high school. I knew it was for me, because I found success with minimal training.

AN: Who has been the most influential figure throughout your swim career?

RP: My parents and my sister. They’ve traveled with me all throughout the Northeast and have missed many personal events to watch my meets.

AN: How has the team improved over the offseason?

RP: Lafayette just got voted the 11th most improved team in the NCAA over the past year. Our strength and conditioning have gotten better and we continue to bring in faster freshmen every year.

AN: Did you compete over the summer?

RP: I didn’t compete over the summer. I made some strength gains because that’s hard to do during the season.

AN: What are your goals as the team approaches the thick of the season?

RP: We want to beat Loyola and come in fifth at the Patriot League Championship to finish in the top half of the league. We also have to beat Lehigh in order to do that. Many kids, including myself, are trying to break some school records and re-write the record books.

AN: What’s your favorite song to listen to before a meet?

AN: What is your favorite movie?

AN: If you could compare yourself to a fish, which one would it be?

RP: I was an Eagle Scout in high school.