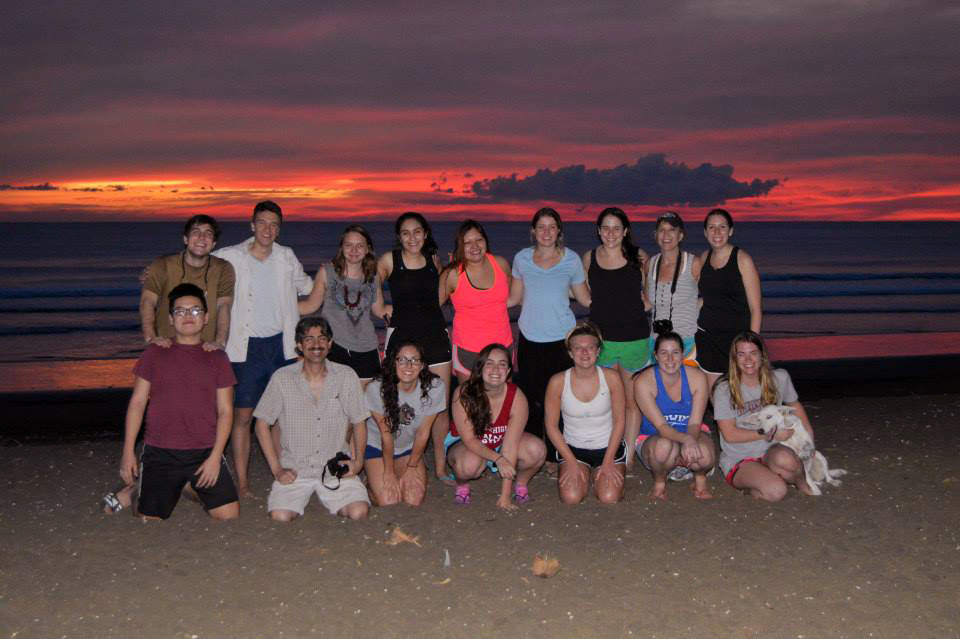 With nearly six full weeks to fill, Lafayette students chose a variety of ways to keep occupied this interim, including internships, externships and service trips.

Caitlyn Cap ’17 is one example of a student using interim to participate in professional exploration. Cap interned at Advanced Analytical Testing Laboratories this month, where she tested pharmaceutical drugs and other substances to see if they met FDA regulations.

“[It was a] great experience that allowed me to see what the pharmaceutical industry is about from the science perspective,” Cap said.

Chris Zacarias‘16 also used the time off as a way to pursue professional interests. Unlike Cap, the Chicago native stayed on Lafayette’s campus pursuing course work in an independent study with film and media studies professor Andy Smith. Zacarias studied social justice films dealing with race and gender in order to determine what it takes to create a socially conscious film.

Zacarias was also able to explore his interests through an externship with the Philadelphia Phillies, where he shadowed professionals in the marketing, communications and public relations departments.

“As a junior you don’t really know what you want to do yet,” Zacarias said.“[The externship] program exposes you to stuff you didn’t know you’d want to do.”

While Zacarias and Cap stayed in the US for interim, other Lafayette students chose to spend their time abroad.

Katim Tewolde’17 spent her interim in Madagascar with the Lafayette Initiative for Malagasy Education, tutoring Malagasy students to help them apply to United States colleges.

“It was an amazing experience,” Tewolde said.“The students were dedicated and incredibly smart.”

Another option to go abroad this interim was to participate in an Alternative School Break trip.

Megan Pollastro‘17 spent her time in Costa Rica learning about the conservation of sea turtles in a small beach town called Ostional. The trip consisted of nightly patrols in search of poachers, both human and animal, education about the legal extraction of sea turtle eggs, helping lead a pack of rare baby Leatherback Turtles to the sea and painting the local community center and church.

“The trip was incredible because we were able to learn so much about the cause and several ways to help prevent the deaths of these rare creatures,”Pollastro said.

Interim trips lead by Lafayette professors were another options for international travel. Christine Carpenter ’17 took an interim trip to Germany.

“The length of the trip was exactly three weeks, which was the perfect amount of time to explore all these great places,” Carpenter said. “But not too long that you were too exhausted to really enjoy what you were doing…If you want to see a lot of great places while learning, [interim trips] are a really unique, hands-on way.”

Many students like Carpenter used the interim to explore new educational experiences outside of the classroom.