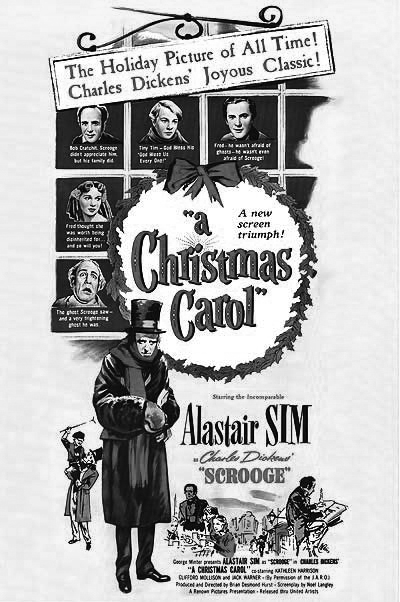 This is by far the greatest Christmas story of all time. The tale of Ebenezer Scrooge, Tiny Tim, and the Ghosts of Christmas is a remarkable. Focusing on what really matters in life, the timeless story is aided, because many of us have felt, at some point, just like Scrooge. We have all felt like saying “Bah humbug!” and shunning positivity in our life. This story can bring us back to earth and reinforce what is really important to us. As the story has been remade many times, there are several worthy iterations, but the best would be the 1938, 1954, 1984, and Disney animated versions. God bless them all, every one.

Do not see any remake of this film for any reason. Go the extra mile and watch the original 1947 classic of a mall santa who is convinced that he is the real deal, and gets taken to court as a result. You will find a great story about the relationship between Santa Claus and the children he inspires. You will learn that it is not important whether or not Santa exists compared to the importance of the children that believe in him. An inspiring story that will make you believe again in the jolly old Saint Nick.

Possibly the most famous Christmas classic, the story of how a single, seemingly unremarkable person can affect so many people is one of the most uplifting and inspirational stories in the holidays. It’s been parodied to death, but the original remains a true classic, showing us all that people can love and need a seemingly unremarkable individual in ways that cannot possibly be imagined.

Although it was made in 1950s, “A Christmas Story” is still the best Christmas comedy ever made. It focuses on the silly, petty, and annoying struggles of being a family during the holiday season. But the viewer also sees the magic moments that make the tedium worth it.

One of the most seen Christmas movies in the nation, “A Charlie Brown Christmas” is as timeless as a film can get. The animation is a bit dated, but the core of the film remains as brilliant as ever. Leaning heavily on the tensions between the messages of commercial culture and the “goodwill towards men,” the film serves to remind us that the spirit of christmas is just as, if not more, important than the actual gifts of the holidays.

This post World War II christmas tale starring none other than Bing Crosby is a very poignant tale of love and camaraderie. The wit is legendary, the premise timeless, and the heart of the film captures why we all want a white christmas every now and then.

7. “How the Grinch Stole Christmas”

The classic Dr. Seuss cartoon is brilliant, with a unique central character, charming music, a timeless feel, and a beautiful final message. The Grinch is a icon for a very good reason, and this short definitely merits a revisit this holiday season. It may just grow your heart a size or three.

Santa takes a backseat to one of his elves, as Will Ferrel spreads holiday cheer among the human world. Hilarious, heartwarming, and fun for all ages, “Elf” is a true Christmas classic.

An entertaining Christmas tale, perfect for fans of slapstick and heartwarming comedy. Although the cultural references are somewhat dated, the humor is as timeless as ever.

A charming and overlooked half-hour animation, “The Snowman” is a silent tale of childhood imagination, friendship, and the magic of the Christmas season. More than worth the time to check it out.

Charming and effective, with animation that still holds up, the Polar Express brings the childlike wonder of the holidays back around each year for kids and adults alike.

Despite Tim Allen’s reputation for sub-par comedy, this heartwarming film is him at his very best as a hapless man who must become the new Santa Clause.