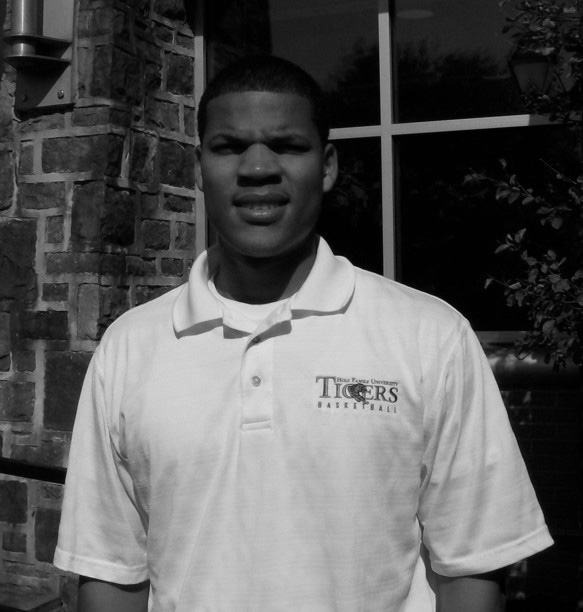 Although men’s assistant basketball coach Donovan Williams has an immense love for the game, he never envisioned himself coaching. Williams played for and was coached by his father throughout high school, which impacted Williams’ decision to go into coaching.

“I felt like I was an extension of a coach on the floor, being a coach’s son in high school,” Williams said. “[Coaching] was something that I kind of adopted.”

Before he began his coaching career, Williams was four-year varsity player at Park University, a small private college in the suburbs of Kansas City, Missouri. His junior year, he helped lead the team to a 25-7 record and a Sweet 16 appearance in the NAIA National Tournament. Williams considers this to be his greatest achievement as a basketball player. He believes that his small school experience has helped him relate with the team immensely.

“Being in their shoes before as a collegiate athlete helps because you understand the balance between classes and what is required and demanded from the guys on and off the floor,” Williams said.

Williams joined head coach Fran O’Hanlon’s staff five years ago. Williams overtook the same position that his older brother, Pershin, held before him, who served as an assistant coach for the 2008-09 season. Although still relatively new to the coaching world, Williams feels as if he has learned quite a bit serving under coach O’Hanlon.

“He has been a great mentor for me,” Williams said. “You think you’re done learning, but you’re never done learning. [O’Hanlon] always surprises me with new knowledge. His knowledge of the game is pretty superior.”

Williams has had numerous memories throughout his collegiate coaching career. But Williams’ favorite coaching memory while at Lafayette is the improbable run made by the 2012-13 team to reach the Patriot League championship game. Although the team lost to a tough Bucknell team, Williams said that the feeling around College Hill was something special. That is something he wants to experience again this year. He may in fact get that opportunity as the Leopards (4-2) are off to a strong start this season and are showing great promise for the road ahead.