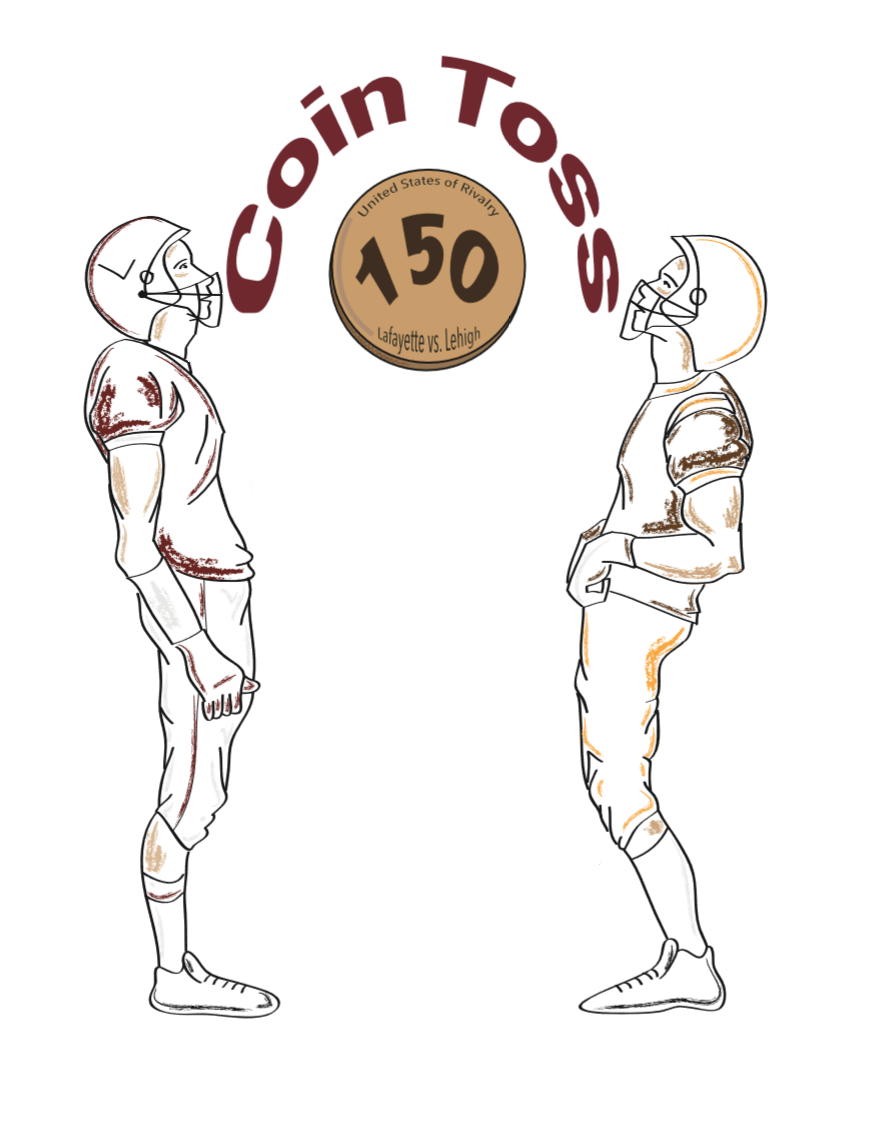 The coin flip is common practice at the beginning of every football game. It isn’t often, however, that two seasoned veterans of football meet at next Saturday’s game to decide whether heads or tails end face up on the field.

Former Lafayette captain George Hossenlopp and former Lehigh captain Joe Weiss will decide the coin toss. Both players were a part of the 100th rivalry game, played in 1964. The 100th meeting ended in one of the five ties between the two teams; Lafayette and Lehigh ended in a 6-6 stalemate.

“George and I, I’m sure, were like, ‘Nope, I would have stayed there until somebody won,’” Weiss said in an interview with NPR.

Hossenlopp and Weiss have been friends since their childhoods and through the 1964 matchup.

“We kind of tried to bring a little bit extra, bring the A game, maybe hit somebody a little bit harder, so that they knew we were playing against them,” Weiss said in an interview with NPR.

At 71, both players live in retirement, according to the Morning Call. Hossenlopp had a long career in the stone and cement industry, while Weiss started his own technology company after working as an engineer for Genera Motors. But what Weiss values most from his time at Lehigh on the field, was what it taught him to do off it.

“Football was meant to be a thing that made you be a better man, a better leader, a better team player,” Weiss said in an interview with NPR. “I had more losses than wins many years. But I always felt sports gave me a kind of framework — you’re going to lose but you’re going to have to get back in the game. Sometimes I would be sitting in my office when everyone was gone, feeling like it couldn’t get any worse. But I was back the next day.”

The coin toss with Hossenlopp and Weiss speaks for just how significant this rivalry is. With more than 49,000 people in attendance at Saturday’s game, the rivalry will be on the biggest stage of each of the programs respective histories.

“It shows how much tradition there is in the rivalry and how much alumni care about it,” senior tailback Ross Scheuerman said. “One-hundred-fifty meetings is a long time and to see the alumni come back…it’s something special.”

For Scheuerman and the rest of the Lafayette seniors, it will be a memorable last game played as a Leopard.

“There are a lot of emotions going on right now,” Scheuerman said. “Being able to play in front of 50,000 people at Yankee Stadium is the most exciting thing for me and to be able to see what that feels like. Winning this game can really make or break your season no matter what your record is.”

The rivalry has grown bigger than ever, and Hossenlopp and Weiss will be able to look to their respective teams to settle what they started in 1964.

“Well, I think the number of games stands alone,” Hossenlopp said in an interview with NPR. “And I also think the proximity of the schools in the Lehigh Valley — 25 minutes apart; maybe 20 minutes apart — made it special. And we also drew from the same area’s kids, so I think that might set us apart a little bit.”