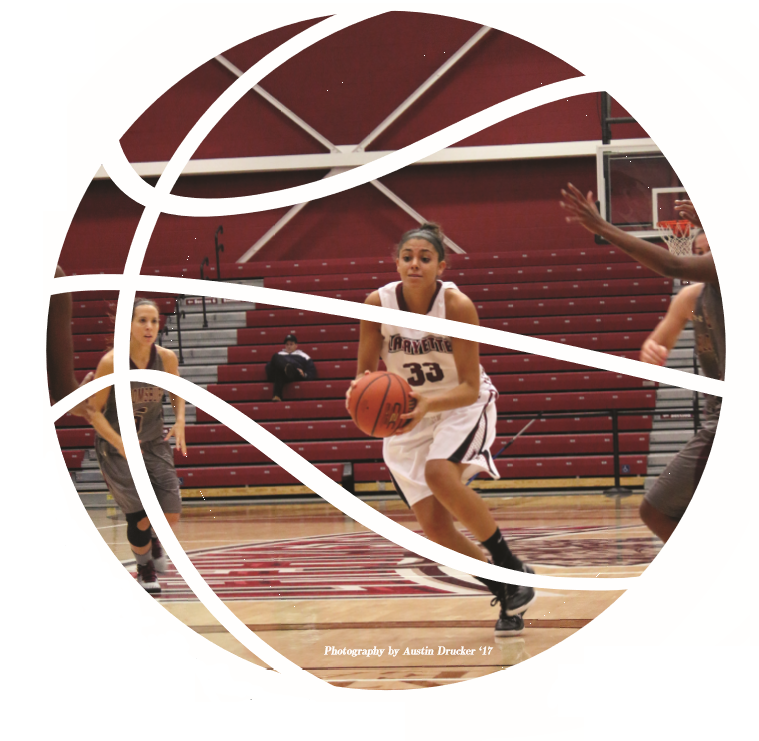 Junior Annette Snow drives towards the basket during the exhibition game against Bloomsburg.

Today marks the season tip off for both the men and women’s basketball teams as they square off against Robert Morris and Delaware, respectively. Both teams will look to rebound from last season, when the men finished tied for seventh and the women finished sixth in the Patriot League. Both teams in the offseason had a different focus: the men to rebound from injury and the women to overcome loss.

The women looked to regroup after the loss of seniors Madeline Fahan, Danielle Fiacco, Kristen Liddle, and Kelly Loughney. Fiacco averaged 8.3 points a game and was crucial to the Lafayette defense, adding 80 blocks on the season. Fahan was also able to contribute 7.3 points per game. To make up for the losses, Head Coach Diane Nolan has revamped the Leopards offense, running at a faster pace and utilizing the three point shot.

“With the departure of the seniors we had our whole skill set changed,” Nolan said. “This summer we decided that we were going to go with the roll and rise [style of offense]…its nothing Earth shattering, but it’s a new offensive look for us. We are hitting our players on cuts to the basket and allowing them to take that 15-foot jump shot. It allows more penetration for our perimeter players and allows us to kick the ball out for threes.”

With the women focused on overcoming loss, the men focused on recovering from injury. Last season, the Leopards lost senior forward Seth Hinrichs to 11 games due to injury. Despite this injury, Hinrichs was still able to average 16.4 points and six boards per game, good enough for third team all league honors. But, in Hinrichs’ absence, other players shined for the Leopards including junior guard Bryce Scott, and senior guard Joey Ptasinski, who shot 44.9 percent from behind the arc.

This year, the team returns all players that scored a bucket last season. First year players last season saw significant playing time, maturing over the season and getting used to the level of basketball that Head Coach O’Hanlon holds his players to. Last year, sophomore guard Nick Linder had a breakthrough season and was able to score 10.8 points a game and earned All Patriot League Rookie team honors. Sophomores, Michael Hoffman and Monty Boykins also began to see playing time last season [Boykins was sidelined for the beginning of last season with a knee injury].

“We had some injuries last year, which set us back, but the benefit of that is that some of the younger guys got some reps,” O’Hanlon said. “I think we have more depth this year. Hopefully last year they learned that everyone has to be ready to go. The season’s long and sometimes not everyone is going to be 100 percent.”

Both teams have difficult schedules ahead of them. The women go up against the defending Ivy League champions, the Penn Quakers, and face the 12th ranked team in the country, the Louisville Cardinals.

“All of our opponents were hand-picked because they all present something different,” Nolan said. “Some are transition teams, some are a little bigger, and we picked the teams by design so that we’re ready for Patriot League play.”

The men face a brutal September, opening against Robert Morris, a team that leads the head-to-head series 3-0. The Colonials have averaged 24 wins each of the last three seasons. After tonight’s game, the team will travel to Morgantown, WV, where they will face off against Big 12 powerhouse, the West Virginia Mountaineers. The team also faces the Kansas Jayhawks in December.

“I don’t focus on anything past Robert Morris,” O’Hanlon said. “The next game is always our most important one. I’ll worry about West Virginia after we’re done Friday night.”

With players healthy and the season about to begin, the team is anxious as ever to take the floor.

“I just want to get started,” O’Hanlon said. “It’s an exciting time of the season for us. We’ve been practicing a long time. This week we have four games in eight days. There’s not a lot of time for practice; it’s what did we just do and how do we make adjustments for the next game.”

Coach Nolan is also excited for the season to begin and use the team’s newly designed offense against their opponents.

“This team collectively is on the same page,” Nolan said. “The players have all been open to the new ideas and been very focused in the learning process. I think they’re enjoying the up-tempo style; we’re pressing more and they’re really juiced that we’re using the players’ skill sets. As a coach you feed off the players passion and their excitement, and it’s been a really enjoyable process.”