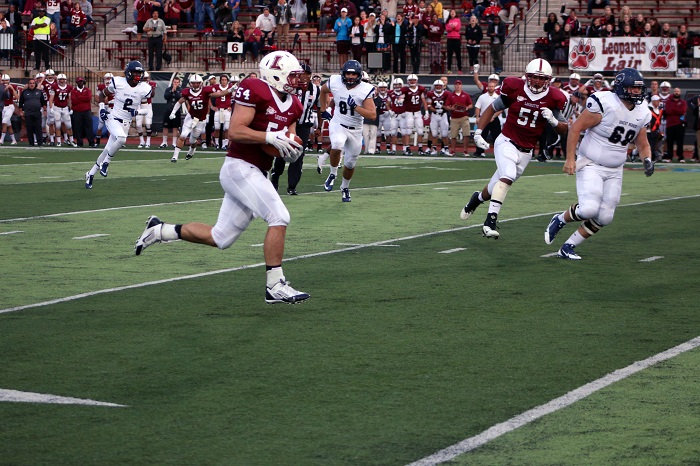 How has the adjustment been from high school golf to college golf?

It was easy. The time commitment was tough to get used to at first but my teammates especially the upperclassmen have helped a lot.

What are the team’s main goals going into next season?

We want to be a contender at the Patriot League Championships this spring. We want to improve on our performance last spring at West Point.

Scott Langley, my brother was friendly with him in college at Illinois.

What’s the most memorable course you’ve ever played?

I played Harbour Town in South Carolina. It’s one of the toughest courses I’ve ever played because of the week.

What was recruiting like, and how did you decide on Lafayette?

I looked at several small east coast schools. I met with Coach Hutnik and he was very down to earth. It was one of the better schools I was looking at academically, so it came to be my top choice.

Did you play any sports besides golf in high school?

I was a solid basketball player and even ran track for a couple years.

What was your favorite tournament this past season?

The Rutgers Invitational was my favorite. It’s an easy trip and a lot of great teams play.

Do you have any pre-match rituals?

I just like to take to make sure I’m comfortable on the greens before I go out. It sucks three-putting the first hole.

What type of ball do you hit?

The team gives us Titleist Pro-V1’s to play with. I have no problem with them.

Who stood-out most to you on the team this fall?

Sophomore Jared Mactas had a great season. He’s stepping into a role of one of our lowest shooters on a week-to-week basis.