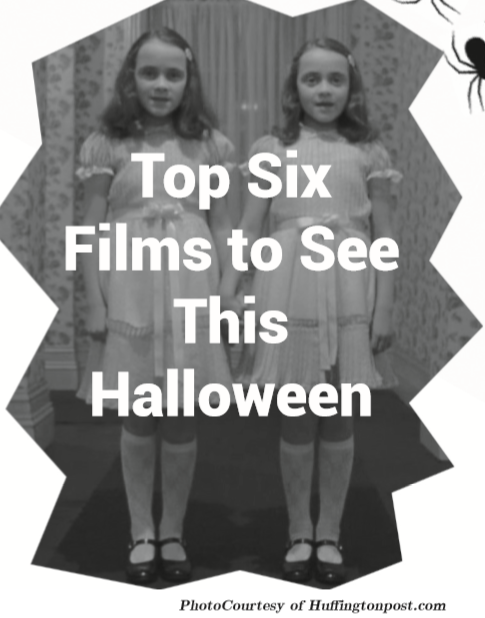 Halloween is upon us, so the weak of heart beware. The annual celebration of ghosts, goblins, and ghastly ghouls casts its shadow, and along with it comes a slew of frightful films ripe for the consumption of those who hunger for horror. Halloween movies have become such a staple of films that it would seem out of place for a Halloween to pass without indulging in at least one of the classics. To honor this most chilling of holidays, here are the six films that could make your Halloween a memorable one. As not all tastes are the same, I have chronicled a wide variety of Halloween horrors, some for those who wish to be spooked out and others for those who crave mortal terror.

6.“The Nightmare Before Christmas”

By far the lightest affair on this list, the charming holiday adventure is perfect for those with weak stomachs and for those who want a rush of nostalgia. The adventure of Jack Skellington as he tries to become Santa Clause is surprisingly touching, and there are plenty of spooky claymation creations to keep the film feeling very seasonal. Great music and beautiful animation make this the most lighthearted fun you will have all year (until Christmas, when you watch it again.)

Surprising as it may seem looking back, “Saw” sequels were an annually on Halloween from 2004 to 2010, and they made a startling amount of money. The criminally underrated first two entries in the series give sincerely frightening performances and scenarios, and the imaginative traps that the “Jigsaw Killer” comes up with are imaginative, gruesome, and frightening. Though the series declines sharply after “Saw II”, the first two films are must-sees for those looking for a bloody and imaginative good time.

The original story of deranged and supernatural killer Michael Myers is the classic Halloween horror movie. Though the title may appear very cheesy and nonthreatening, there is a good reason that Myers has entered into the pantheon of iconic horror movie villains. With his trademark knife and mask, as well as supernatural strength, speed, and durability, this film is a must-see. That said, feel free to swap this movie out with any of the classic killer flicks, such as “Friday the 13th” and “Nightmare on Elm Street”. Nothing makes the holidays more festive than the classics.

“Silence of the Lambs” is best known for introducing the world at large to Anthony Hopkins’ version of the intelligent and sophisticated cannibal, Hannibal Lecter. Less of a traditional horror movie, the enjoyment of this film is the general lack of sanity, as well as the fear of what Hannibal might be capable of more than what he does. Gruesome and possessing a chilling atmosphere, expect Hannibal or Buffalo Bill to haunt your nightmares for weeks afterward.

For lovers of foreign films and masochists alike, “JU-ON: The Grudge” is a Japanese film released in 2002 with a well-deserved reputation as one of the most terrifying films on the planet. With a story told in non-linear order, confusion and paranoia reign supreme throughout, and it is possibly the only haunted house film that is truly scary — 1963‘s “The Haunting” excepted. The film is best seen on a large screen in a dark room with friends, and you do not want to be alone at any point.

Often imitated, never duplicated, Stanley Kubrick’s 1980 classic is the horror movie to see. I could not get through it on my first viewing in a well-lit room on a small screen. Even people who have never seen the film know many of its iconic scenes by heart, with many being parodied by “The Simpsons” and by numerous other pop-culture references. There may not be a more terrifying story than that of the Torrence family’s horrifying experience in a hotel built on a Native American burial ground. With some of the most genuinely terrifying scenes, memorable dialog, iconic presentation, and some of the best direction in the genre, “The Shining” is the number one movie to see this Halloween. That is, if you are brave enough to see it.