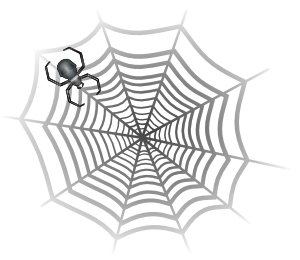 Students cowered in fear as a large, masked figure lunged towards them. Most had nothing to fear, as the figure could not touch them. But for those wearing a neon necklace – a mark of their courage – it was all fair game. Those donning necklaces could be pulled away from their group, sent down hidden passageways, and introduced to horrific paranormal creatures.

This is the reality of many students who attended “Terror Behind the Walls,” a haunted prison tour held at the Eastern State Penitentiary in Philadelphia last Friday. Every year, the historic prison is turned into a haunted jail overflowing with demonic guards, nurses, and prisoners. Students are lead through different rooms, each with a different theme.

In one room, students were given 3-D glasses before being pushed onto a bridge. “It felt like we were toppling over,” Kara Senesi ’17 said. “You felt like you were being pushed to one side and the bridge was shaking back and forth.”

While the individual rooms had their fair share of scares, the most terrifying feeling was that of pervasive uncertainty. “[The scariest part was] the anxiety of not knowing what’s behind each corner you turn,” Sensei said.

Those brave enough to face the penitentiary knew what they were getting themselves into, and embraced the experience. On the other hand, some students didn’t share this positive experience. Samantha Buczek ’17 took the transportation provided by LAF down to the jail, but sat the actual visit out.

“The costumes were too realistic. I didn’t even want to look at any of the people,” she said. “I couldn’t last 45 minutes of people jumping out at me.”