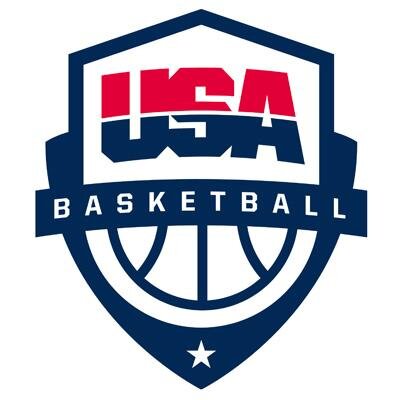 After two weeks of sheer domination, a series of blowout victories for the United States Men’s Basketball Team led the top-tier athletes to victory Sunday, holding the medals that everyone expected. A team with an average margin of victory of 33, defeating all of their opponents by at least 21 points in each competition, ironically never actually had any competition.

Drew Friedman: Since 2006, the USMBT has been on the rise. After Jerry Colangelo, Director of USA Basketball, helped refurbish the old approach of throwing together an NBA all-star roster and seeing what happens, the team became more position-oriented, gathering depth and veteran leadership. Since, the squad of top-notch athletes has not flown home without any additional weight. Winning back to back in 2010 and 2014 wasn’t even a contest. In these last two championships the squad hasn’t won by less than 10 points, and has gone a flawless 18-0 including preliminaries. At this point, people are getting bored of the dominant play. Honestly, I only followed the team because my phone would alert me every time they won. Without ESPN alerts I would have no clue what happened. Some may argue that patriotism, and international competition benefits everyone, from politicians to the Average Joe. But by no means is this true.

Mike Morgan: International contests should be regarded on a separate, higher platform than league play. Playing for one’s country is an honor unlike any other in sports. Wearing a jersey with the letters “U-S-A” across the chest is much nobler than sporting a uniform with the name of a city where the player likely has no ties, or an arbitrary mascot name. Even in times when athletes act as mercenaries for whatever franchise will pay them the most, international play avoids all of that, and always will. LeBron could take his talents to South Beach, but he could never take his talents to the Serbian Basketball Team. These competitions are bigger than the sport, and the undertones of patriotism should not be overlooked during these events. Under no circumstances should a player miss out on playing for his country in fear of damaging his professional career. Especially when before Paul George’s horrific injury during this year’s FIBA World Cup, there hadn’t been one significant injury to a USA player since 1992.

Drew Friedman: Whether or not people want to call Paul George’s injury a freak injury, the players know that injuries are part of the game which caused some of the NBA’s most talented to drop from the competition. Kevin Durant, Lebron James, and Carmelo Anthony are three of the big names that decided it’s not worth competing. Who knows, maybe they had a feeling that even without the premier players in the league, the USA team would sweep the floor. Which they did. Going forward my recommendation would be maintain an under 22 team, consisting of college athletes and D-League talent. The NBA elite would be able train as they would during a regular offseason, and perform when people are actually interested, during the NBA season.

Mike Morgan: For a sport like basketball, founded in America and regarded as one of its favorite past times, the US shouldn’t be letting up on their international competition just because they fear they will be too dominant. America asserting its dominance as the center of the basketball world will only help the basketball prosper in the US, in light of the NBA stars that threatened to go abroad to pursue their careers in Europe and Asia in years past. Sidelining the top tier talent from the NBA will only hurt the FIBA’s viewer ratings. I will even watch some NBA games just to watch LeBron or Durant take the floor. As you pointed out, you never went out of your way to watch these international games. But do you watch the NBA All Star game? Those TV ratings do very well. Now imagine that same team, minus a few All Stars hailing from abroad, competing against international competition in nine consecutive games in two weeks. Any casual basketball fan would feast their eyes on that.