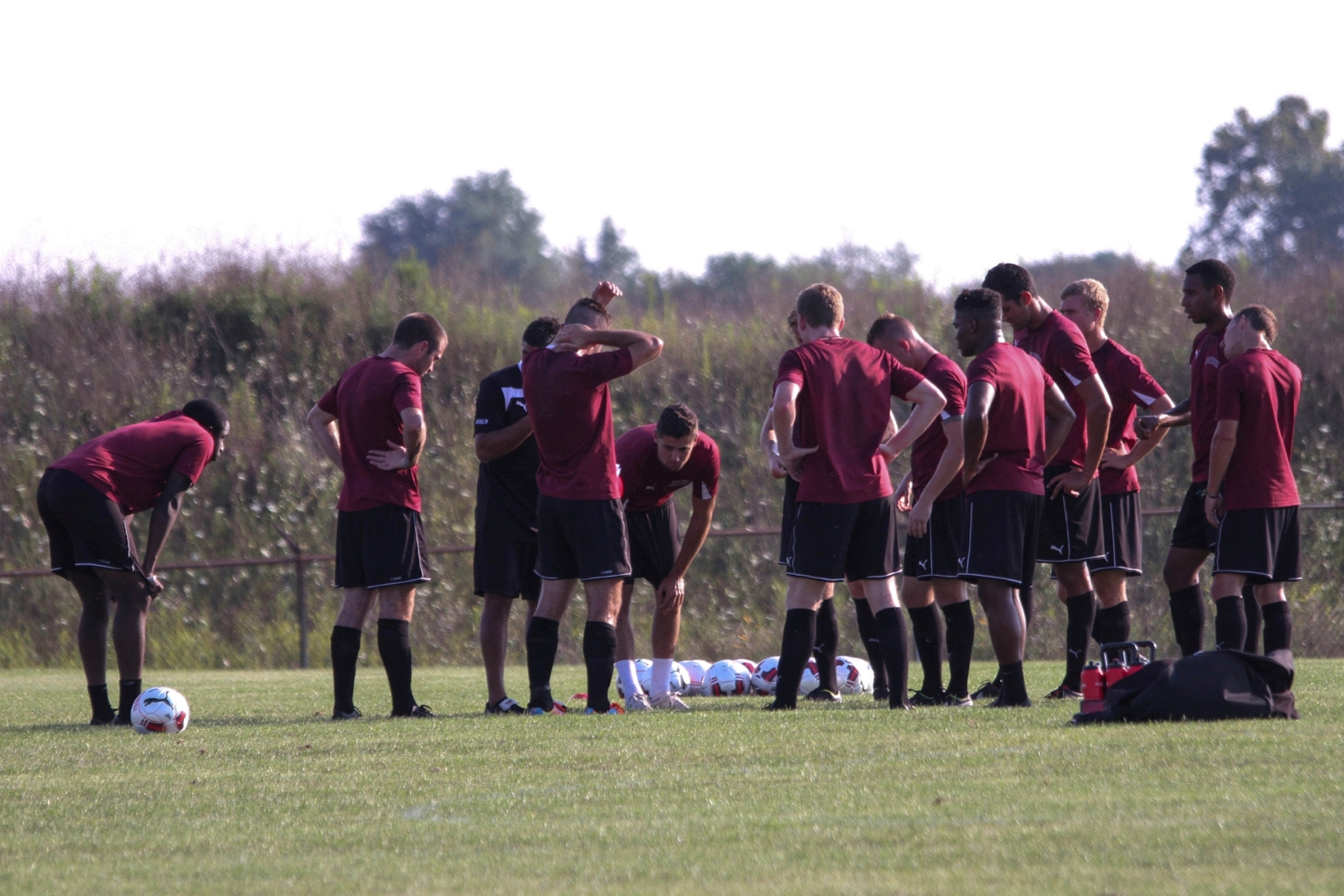 What to Watch for

After a long season characterized by a series of frustrating ties, Lafayette Men’s Soccer looks to improve this fall and finish more opportunities.

“I’m excited about the group,” Head Coach Dennis Bohn said. “I think it’s a really close one, it has a lot of leadership and experience but also a lot of talent.”

Fifth-year senior midfielder Alec Golini stressed that the goal of the season was to both qualify for and win the Patriot League Championship.

“This year we’ve done a lot to have a bit more urgency with those goals, not settling for average performances, training sessions or games,” Golini said. “Hopefully with that mentality we can return to the tradition of excellence that is Lafayette Soccer.”

This Friday, the Leopards kick off the 2014 campaign at home, under the lights against Saint Peter’s.

“We could not be more excited to kick off the season in a home opener this Friday,” Golini said. “We’ve worked extremely hard through the spring, summer, and preseason to this point. Guys are ready to put that hard work into place and start our season off strong on Friday.”

“As a senior, my goal is always to be a leader on and off the field while contributing both offensively and defensively to our team this season,” Golini said. “I think I’m more driven than at any point in my career for this team to be successful, especially after coming off a disappointing 2013 season.”

Along with the senior leadership of Golini in the midfield, Coach Bohn hopes to rely on the skills of four-year starter Julian Plummer to keep the strong Leopards defense intact, while also stressing the importance of a team-wide belief in the system that has proved so successful in years past.

“Our emphasis through the spring and preseason has been to do what we do and believe in our system, and there’s no doubt that we need guys to step up in important moments,” Bohn said.

Lafayette defeated Lehigh at home last season in a tight 1-0 game thanks to a 35th minute penalty netted by forward Peter Adubato ‘14, who graduated in the spring.

However, a shocking nine games last season resulted in double-overtime for the Leopards, five of which occurred in a row.
The Leopards managed to only finish one of these games with a win, defeating Binghamton away with a dramatic late goal by Golini in the 103rd minute of play.

The other eight were a series of exhausting ties.

“A little bit of it is mindset,” he added. “We’ve worked really hard on improving our players, focusing on the final ball in the final third in the goal-mouth area.”

The squad will look to improve on a 2013 season, which ended with four wins, six losses and eight ties. The season starts against St. Peter’s tonight at 7 pm.