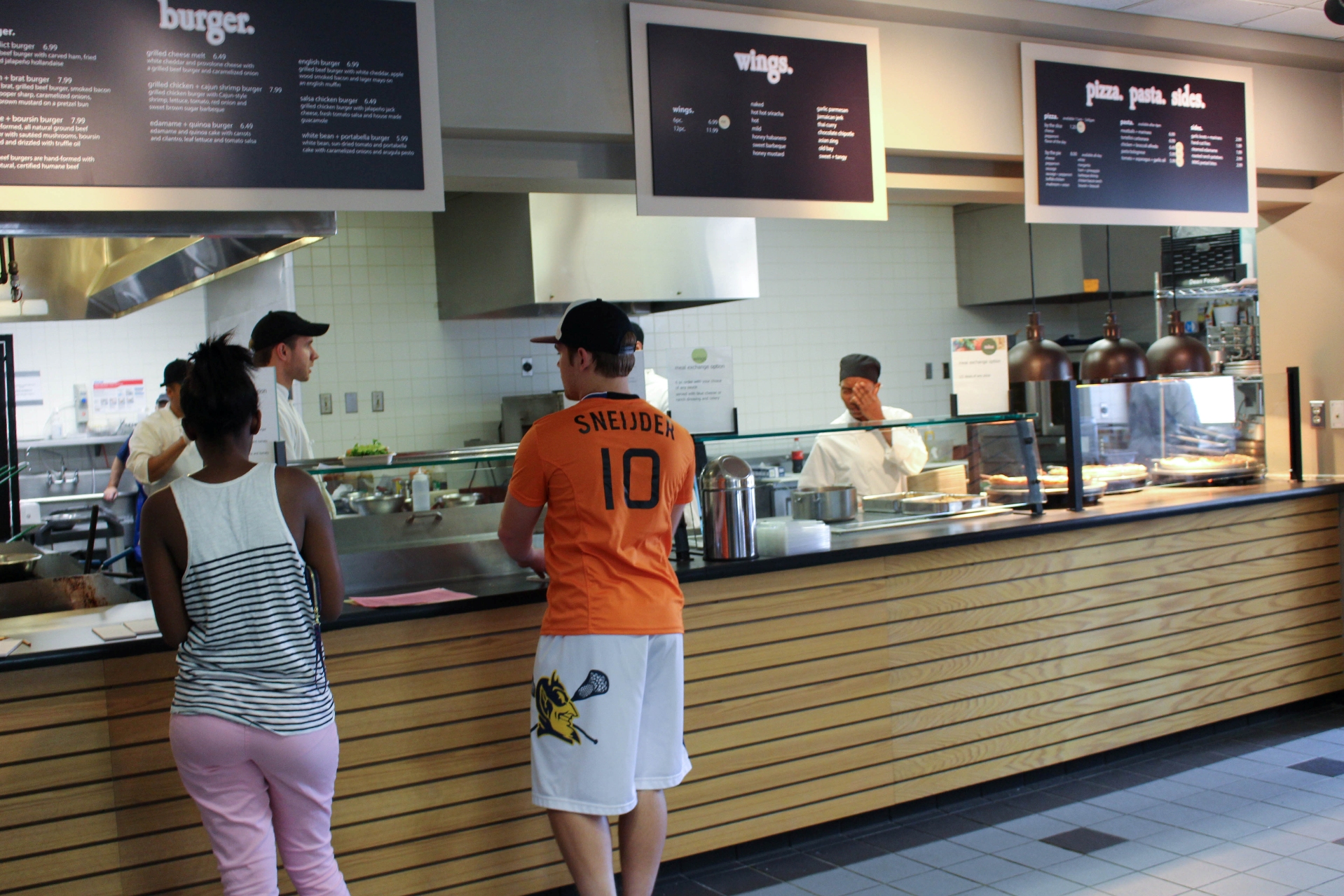 Lafayette Dining Services made extensive changes to its facilities and dining options over the summer, including renovating Lower Farinon, changing menus of different locations, and the altering hours of dining halls and restaurants on campus.

Lower Farinon had the biggest transformation, including a redesign of both the seating area and food stations. The remodeling has created more space for seating and has new stations, like fountain drinks, in the seating area. Students will now be able to purchase food from Lower from 9am – 1am Monday through Saturday, and 11am-1am Sunday. Gilbert’s hours no longer service late night eating.

“There’s a lot of moving pieces [in completing the changes to Lower] and our goal is to present an exciting robust Lower Farinon,” General Manager of Bon Appetit Joel Blice said.

The dining halls were renamed over the summer: Upper is now called “Drake” and Marquis is now called the “Bergethon Dining Room.”

Among the changes to Bergethon are its new extended services. Bergethon has extended its hours of operation, offering continuous service, like Upper, from 7am-8pm Monday through Thursday and offering Sunday brunch from 10am-3pm. Unlike past years when Bergethon only offered a continental breakfast, this year the dining hall provides a full hot breakfast.

Gilbert’s has also undergone revision, now serving new items such as the Laf-ffle Sundae, an ice cream sundae on top of a soft waffle, and crispy edamame. Although it is closed on Sundays and no longer open at night, Gilbert’s now provides breakfast items during all hours of operation.

Gilbert’s new hours of operation are Monday through Thursday from 8 am – 6:30 pm and on Fridays and Saturdays from 8am-4pm. Gilbert’s has also added three new Mac ‘N Cheese options to its menu along with some healthier options such as a quinoa burger. Daily and weekly specials at Gilbert’s can be found on the Dining Service’s website.

Other changes at Gilbert’s include new options of meal equivalency for certain offerings and a new pager system to make food pick up more convenient.